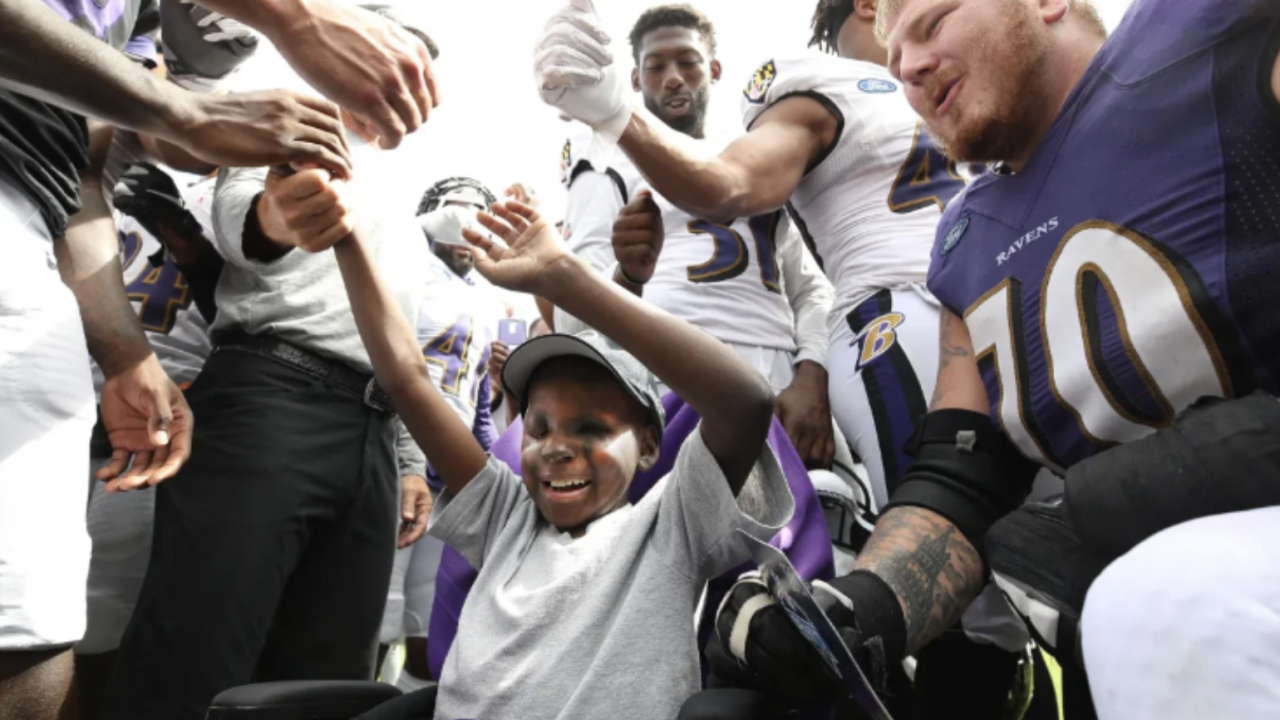 BALTIMORE — Although no fans will be in the stands at M&T Bank Stadium for the Ravens season opener on Sunday, one's legacy will be present.

On Friday the team released a video on social media surprising Mo's mother, Sonsy, with hundreds of cardboard cutouts of her son filling the seats.

The team will also paint gold the M and O portion of Baltimore inside their end zone.

Gaba passed away at age 14 in July.

Mo became known throughout Baltimore in 2015 when he began calling into a radio program on 105.7 the Fan.

He lost his eyesight to a malignant tumor when he was only 9-months-old, and would beat multiple bouts of cancer before his death.

Mo has since been elected to the Baltimore Orioles Hall of Fame and has a place in the Pro Football Hall of Fame, after becoming the first person to announce an NFL draft pick using braille in 2019.