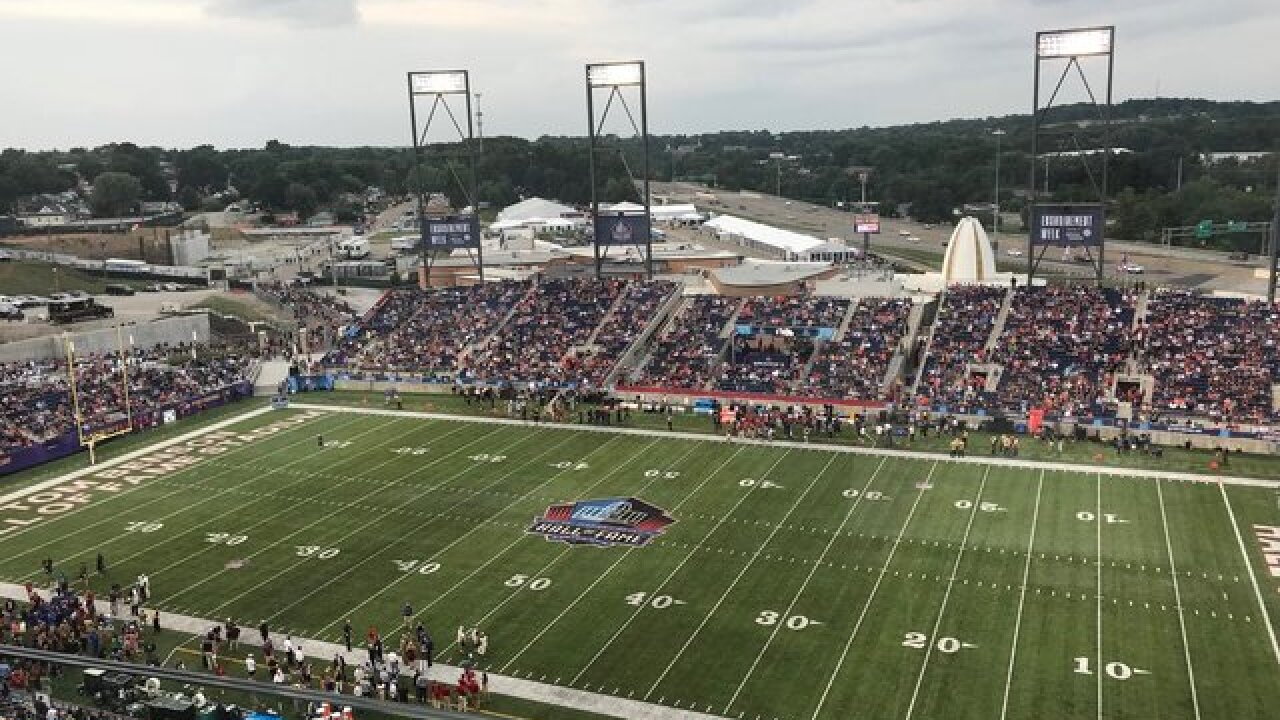 Copyright 2018 Scripps Media, Inc. All rights reserved. This material may not be published, broadcast, rewritten, or redistributed.
<p>Shawn Stepner, WMAR</p>

CANTON, Ohio (AP) -- The Ravens and Bears honored their great linebackers Ray Lewis and Brian Urlacher with some defense to make them proud in the Hall of Fame game that opened the NFL's preseason Thursday night.

Oh, there was a little spark of offense, some provided by Baltimore's first-round draft pick Lamar Jackson in the second half of a 17-16 victory. His 7-yard touchdown pass to fellow first-rounder Hayden Hurst came after the Ravens' defense recovered a fumble.

Chicago put together its best drive in the final minutes and journeyman Tyler Bray connected with Tanner Gentry for a 10-yard score to cap a 92-yard march. But the 2-point conversion pass fell incomplete.

Otherwise, D was the letter of the day: there were six turnovers in all, and 12 sacks, eight by the Bears.

The teams exchanged tipped interceptions on the first two possessions of the preseason.

Chicago moved swiftly downfield only to have Chase Daniel's pass to Josh Bellamy deflected to safety Chuck Clark at the Baltimore 6. He returned it 15 yards, then the Ravens replicated the turnover.

Robert Griffin III, attempting a comeback after sitting out 2017, had his pinpoint throw go off the hands of receiver Breshad Perriman, then off rookie cornerback Michael Joseph. DeAndre Houston-Carson dived to make the pick at the Ravens 34.

Then Lewis' old unit thrilled him. On the next play from scrimmage, linebacker Kamalei Correa sped 19 yards with an interception to the Chicago 9. But Urlacher's former defense made him smile, sacking Griffin on third down to hold Baltimore to a 31-yard field goal by Kaare Vedvik.

Generally, it was a sloppy affair marred by a slew of dropped passes, poor protection for the quarterbacks, and misthrows by those QBs.

But something Lewis and Urlacher would approve, the defenses hit hard and tackled well.