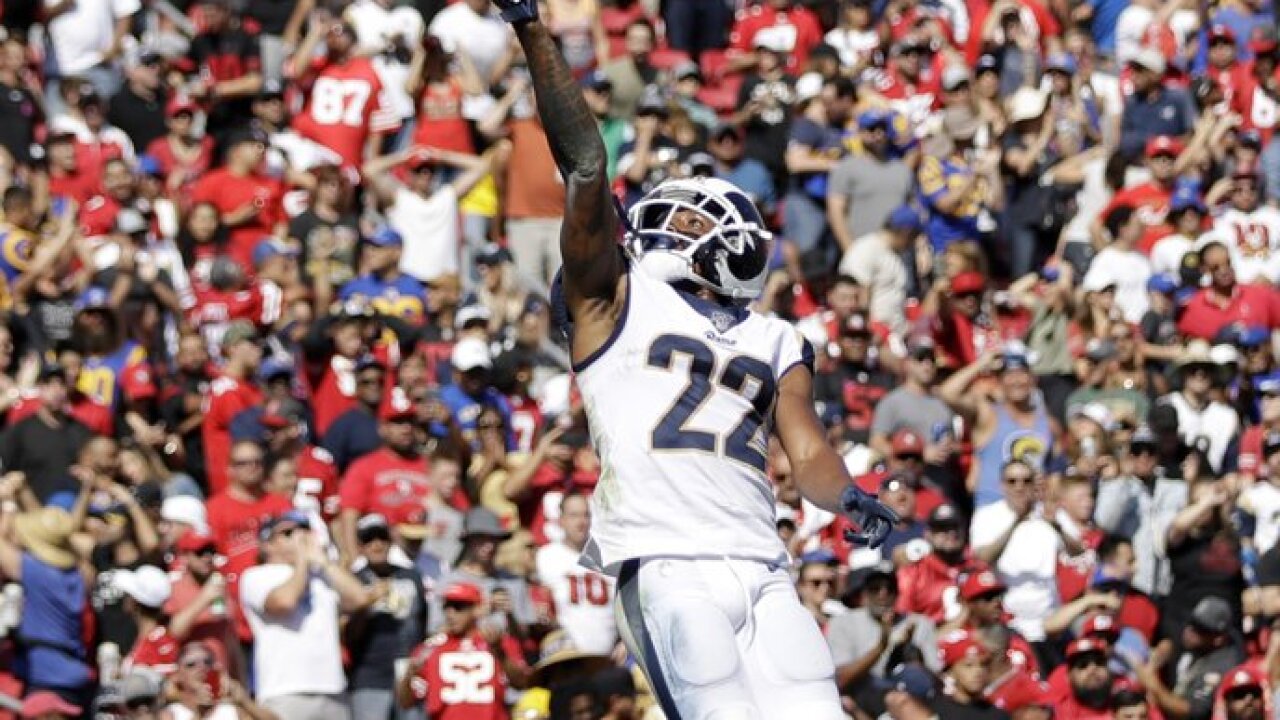 Los Angeles Rams cornerback Marcus Peters (22) jumps after intercepting a pass in the end zone during the first half of an NFL football game against the San Francisco 49ers Sunday, Oct. 13, 2019, in Los Angeles. (AP Photo/Alex Gallardo)

THOUSAND OAKS, Calif. (AP) — The Los Angeles Rams traded cornerback Marcus Peters to the Baltimore Ravens on Tuesday for linebacker Kenny Young and an undisclosed pick in the 2020 draft.

Peters has been a starting cornerback for the Rams since they acquired him from Kansas City before last season. The two-time Pro Bowl selection has five interceptions since joining Los Angeles, but his rookie contract expires at the end of this season.

The Rams (3-3) made the move one day after placing Aqib Talib, Peters’ fellow starting cornerback, on injured reserve.

Young has started three of the Ravens’ five games this season, making 11 tackles. The UCLA product fell out of favor in the Ravens’ past two games, sitting as a healthy scratch two weeks ago and playing just six snaps on special teams last weekend against Cincinnati.