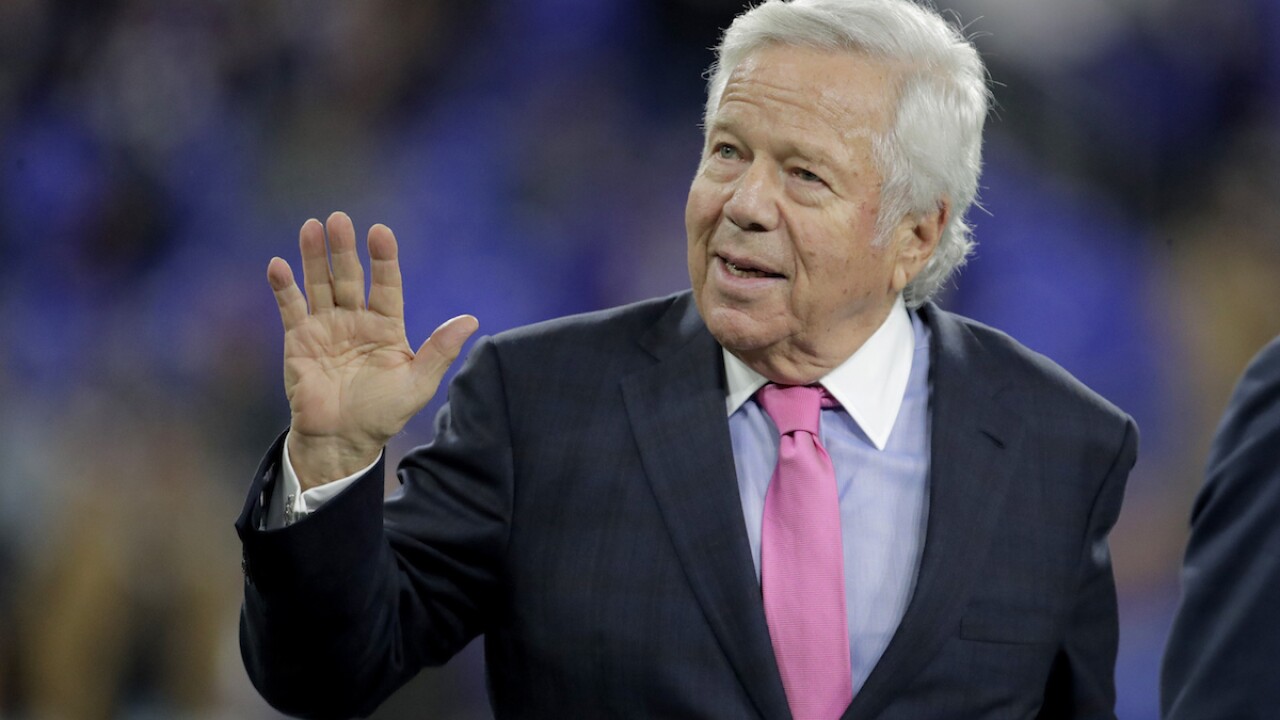 Copyright 2019 The Associated Press. All rights reserved
Julio Cortez/AP
FILE - In this Nov. 3, 2019, file photo, New England Patriots owner Robert Kraft waves to fans as he walks on the field prior to the team's NFL football game against the Baltimore Ravens in Baltimore. Florida prosecutors will try to save their prostitution solicitation case against Kraft when they argue before an appellate court Tuesday, June 30, 2020, that his rights weren't violated when police secretly video recorded him allegedly paying for sex at a massage parlor. (AP Photo/Julio Cortez, File)

They will argue before a Florida appellate court on Tuesday that police legally made secret video recordings of Kraft having paid sex at a massage parlor in January 2019.

A lower court judge ruled that prosecutors could not use the recordings.

He said the warrant allowing police to install secret cameras inside the Orchids of Asia spa violated constitutional standards.

Kraft is charged with misdemeanor solicitation of prostitution.

He has pleaded not guilty but issued a public apology.