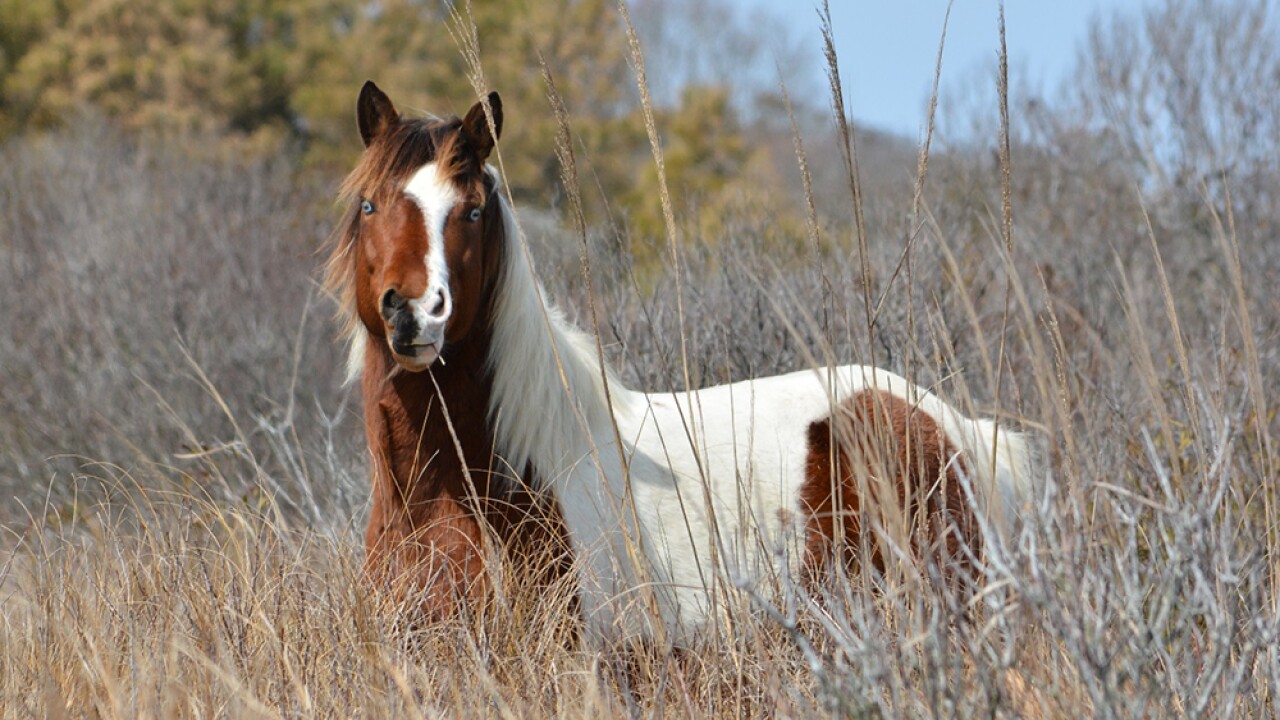 BERLIN, Md. — There have been no changes to the Assateague Island horse population, according to a recently completed census by the National Park Service.

The March 2019 population census of wild horses tallied 76 horses on the island, with 21 stallions and 55 mares, the National Park Service said. There were no births or deaths documented in the census.

Six times a year, the National Park Service counts the horse population in Maryland, doing so in February, March, May, July, September, and November. The horses of Assateague have the barrier island's roughly 27-square-miles to roam freely.

Park Service employees use the horse’s distinguishing characteristics to identify, then map out and count the animals. If a horse is not spotted through multiple census counts, it is assumed to have died. The census is part of a long-term fertility control program that was instituted in 1994.