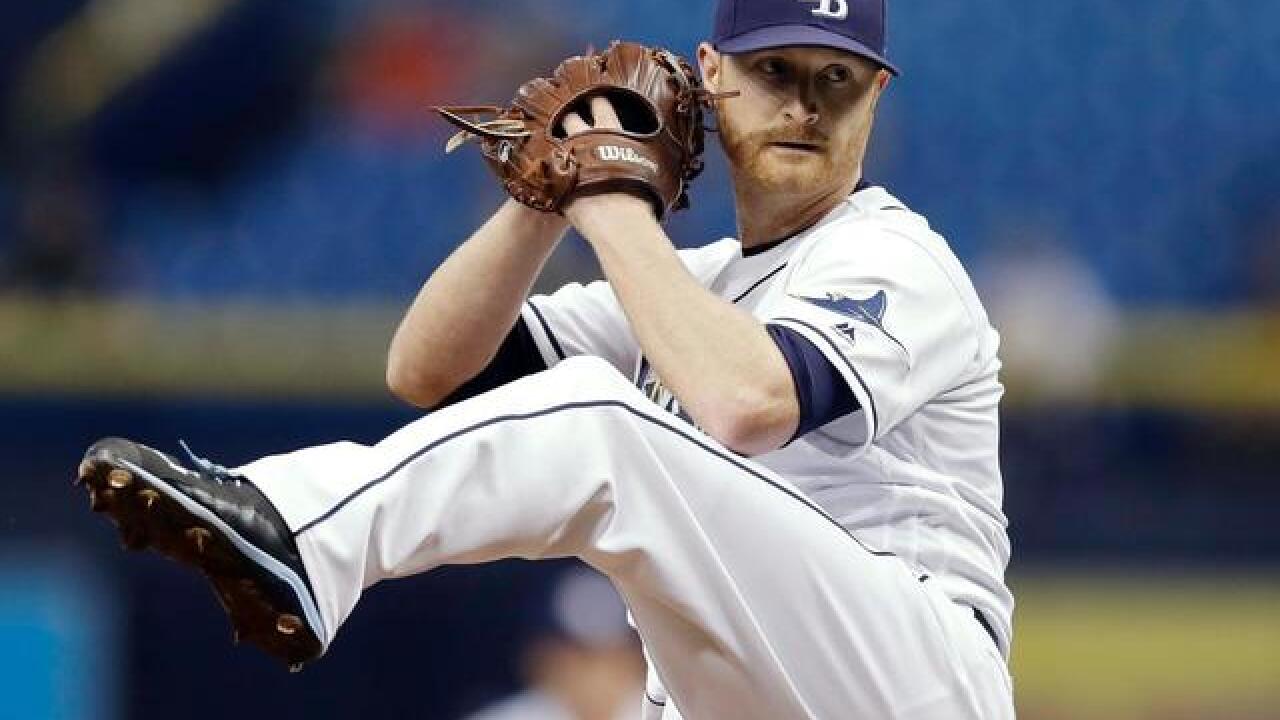 Copyright 2018 Scripps Media, Inc. All rights reserved. This material may not be published, broadcast, rewritten, or redistributed.
<p>In this Sept. 4, 2017, file photo, Tampa Bay Rays' Alex Cobb goes into his windup during the first inning of a baseball game against the Minnesota Twins in St. Petersburg, Fla. Cobb, a free agent, and the Baltimore Orioles have finalized a four-year contract. The 30-year-old righty was 12-10 with a 3.66 ERA in 29 starts for Tampa Bay last season. (AP Photo/Chris O'Meara, File)</p>

He joins Andrew Cashner and Chris Tillman, who were signed last month, in a revamped rotation that includes holdovers Dylan Bundy and Kevin Gausman.

The 30-year-old righty was 12-10 with a 3.66 ERA in 29 starts for Tampa Bay last season. He pitched 179 1/3 innings in his first full year back after missing nearly two seasons because of Tommy John surgery.

Details of the contract were not released, but reports have the deal in the $56-$60 million range, with some of that money deferred.

Baltimore will lose its third-highest draft pick, currently No. 51, and the Rays get an extra selection after the first round as compensation.

Jose Mesa Jr. was designated for assignment Wednesday to clear a roster spot.

Baltimore opens on March 29 at home against Minnesota.