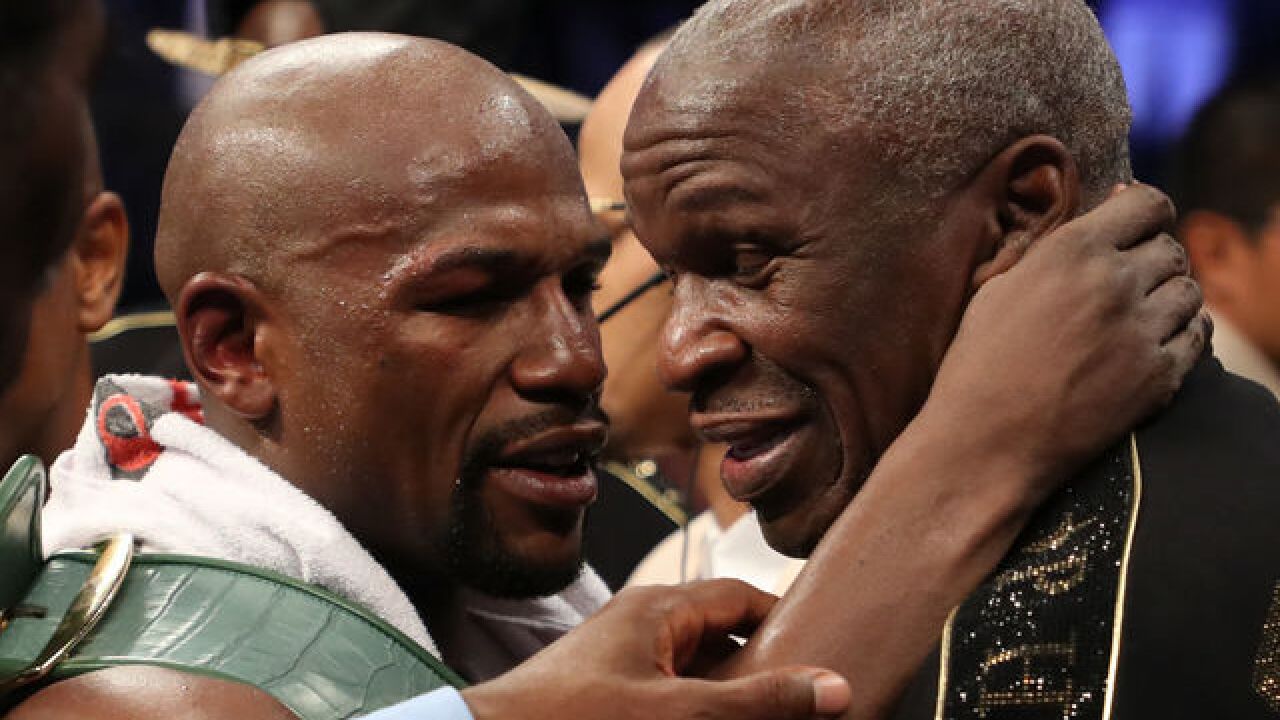 Don't call it a comeback!

Honestly, don't call it a comeback. Floyd Mayweather Jr. is still retired from the sport of boxing – undefeated record intact. The rumors of his impending UFC debut, on the other hand, are growing and it's a step into an entirely different combat sport.

Many people are doubting Mayweather's ability to compete in the UFC, or MMA in general, but all indications are that he's supremely confident.

Is there any way that a 40-year-old Mayweather can beat a 30-year-old Conor McGregor in MMA? No.

That doesn't mean that there aren't other fighters that'll line up to challenge the self-proclaimed T.B.E (The Best Ever) and there's not like there isn't a precedent for the inexperienced jumping straight into the Octagon. [Cough] C.M. Punk [cough].

Floyd Mayweather Sr. recently voiced his opinion on Mayweather Jr. trying his hand at MMA and his answer was shocking, to say the least.

“The way I see it, I have to believe that this is where it’s going. The way it looks, I think so,” said Mayweather Sr.

"As his trainer, no, as his father, no. I want him to have all the money he’s got. The money he’s got, he’s got enough money. Look here, it’s crazy money, man jumping up. He’s his own man though, that’s one thing about him.”

Personal feelings aside, Mayweather Sr. did give an honest assessment of Jr.'s chances in the UFC.

“I’m gonna tell you the truth about it, I think he can win a few fights but I think it’s best to leave it alone. You can do your own thing but you’re in somebody else’s playground now and holes and stuff is in there. You just can’t do that. Don’t get me wrong, I believe he can beat some of them fighters like the same as he did with the other guy but it ain’t worth it. Any time you did what he's done did, there ain’t no other way he can go right now but backward. That’s the only way he can go right now.”

At the end of the day, Floyd Mayweather Jr. is all about money and making more of it. If the UFC can drum up enough money to partner with Mayweather and offer a comparable opponent, [cough] C.M. Punk [cough], then it's far from impossible.

At one time people scoffed at McGregor jumping into the boxing ring to challenge an undefeated Floyd Mayweather... We know how that story ended.