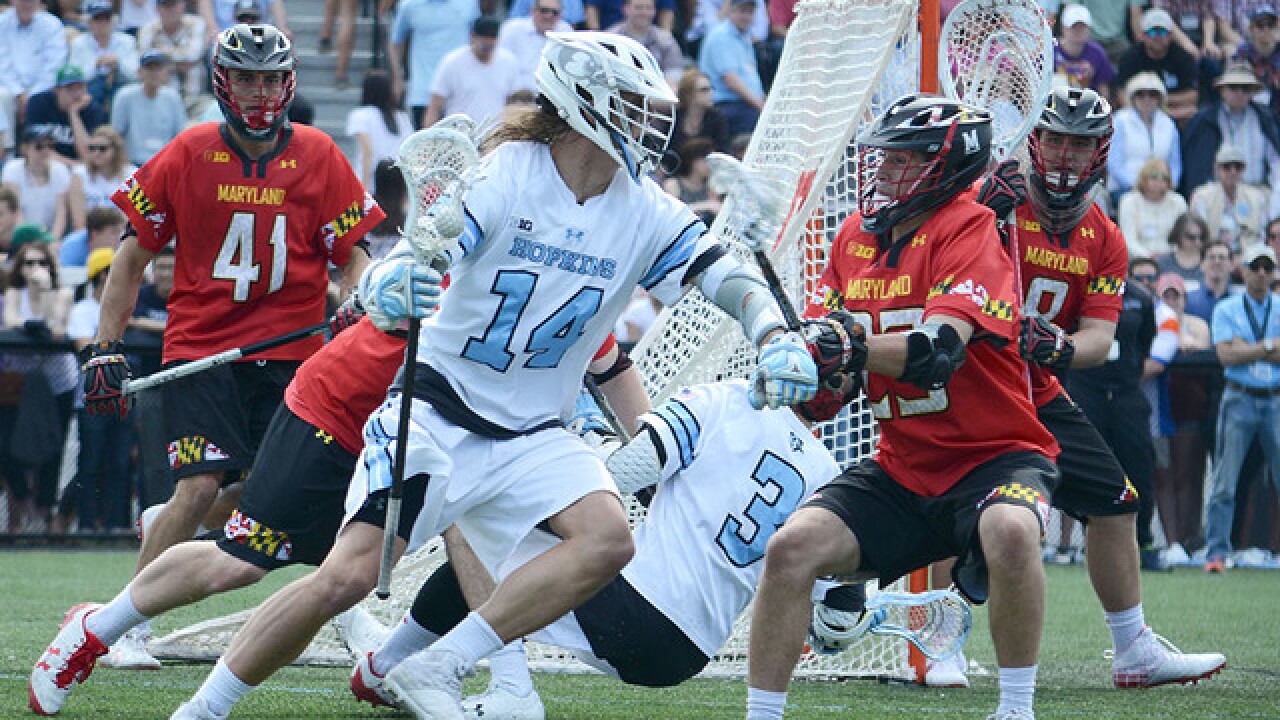 As the NCAA lacrosse season turns towards it’s postseason, several Maryland-area teams continue to vie for their respective championships.

In Division I Men’s Lacrosse, Maryland earned the No. 1 over-all seed and will play Sunday, May 13, at noon, when they host the winner of the play-in game between Canisius and Robert Morris. On the same day, No. 5 seed Johns Hopkins will host Georgetown at 5 p.m. Saturday, May 12, No. 6 seed Loyola will host Virginia at 7:15 p.m.

In the Women’s Division I bracket, Maryland earned the No. 1 overall seed as well and will play on May 13, awaiting the winner of the Denver vs. High Point game. A cluster of local teams will battle in Baltimore during Friday’s first round, as host Loyola takes on Fairfield, and Navy takes on Johns Hopkins. Also Friday, Towson will take on the winner of Wagner vs. Mercer.

Outside of play-in games, the Division III Men’s Lacrosse tournament kicks off in earnest on Wednesday, May 9, when the Stevenson Mustangs travel to take on the Ithaca Bombers, while the Salisbury Seagulls host the winner of the Eastern vs. Morrisville State game. Just over the border in southern Pennsylvania, Gettysburg will host the winner of Elizabethtown and John Carroll, and York hosts Western New England.