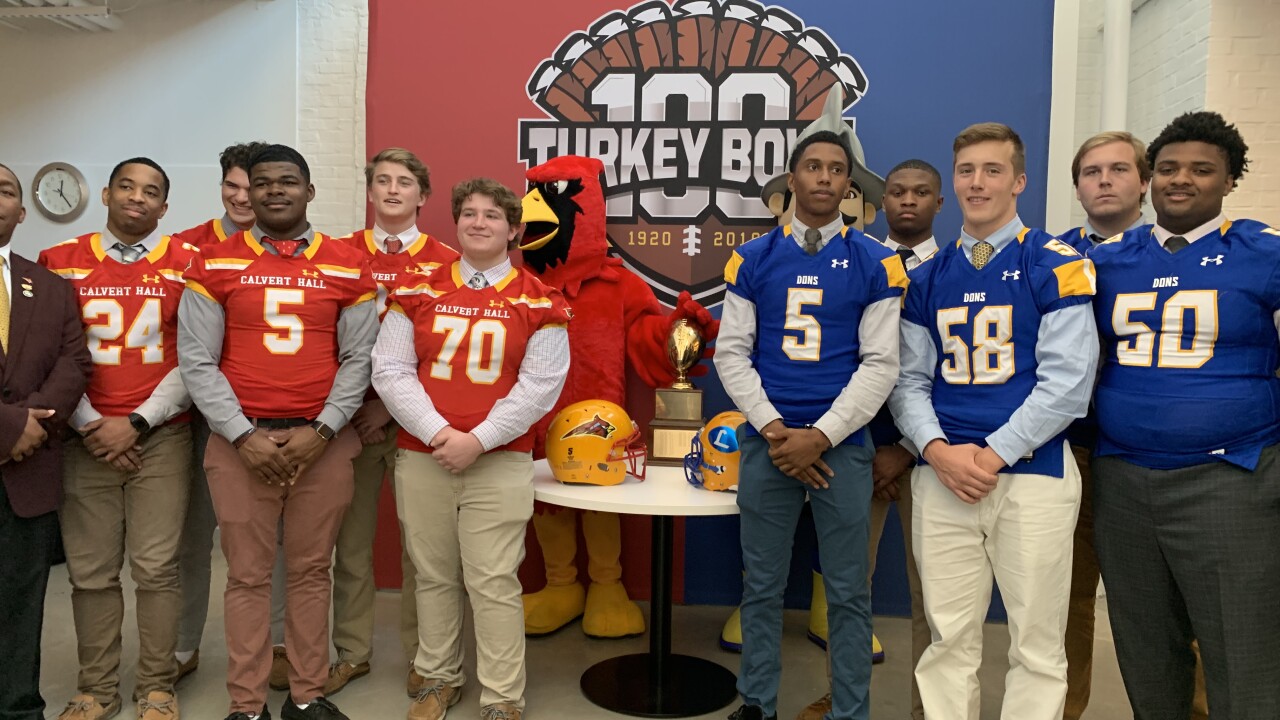 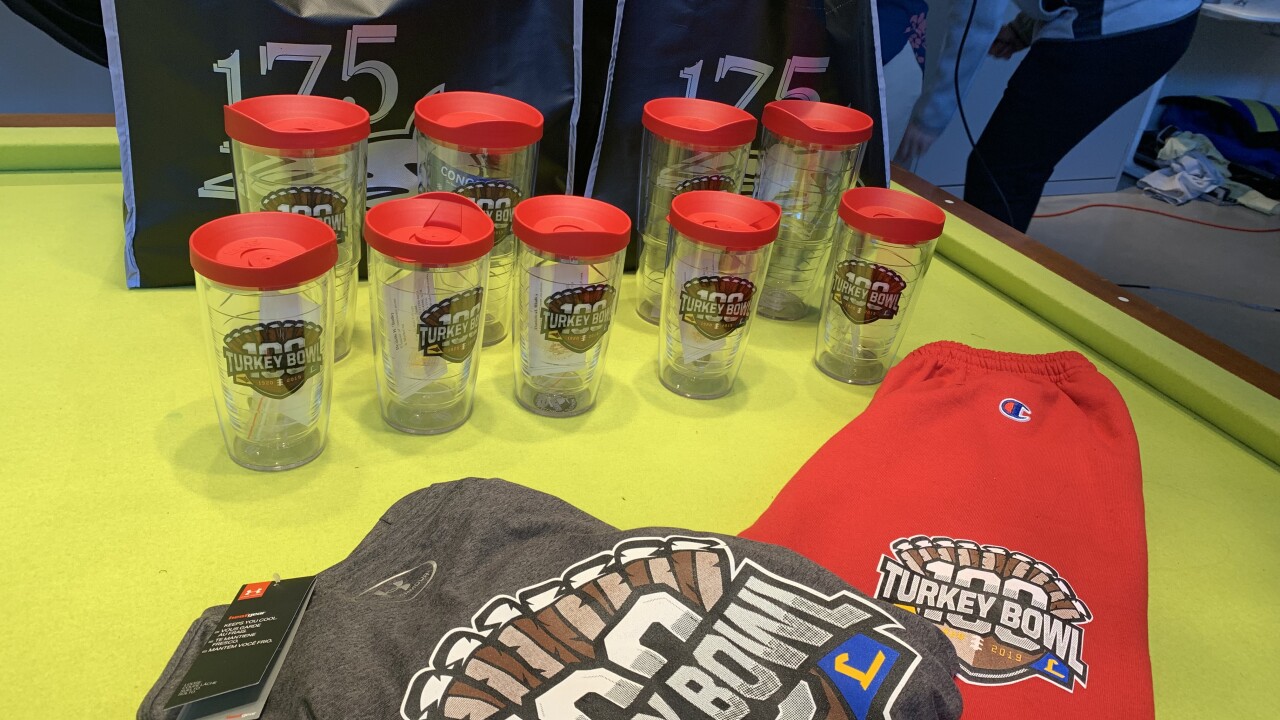 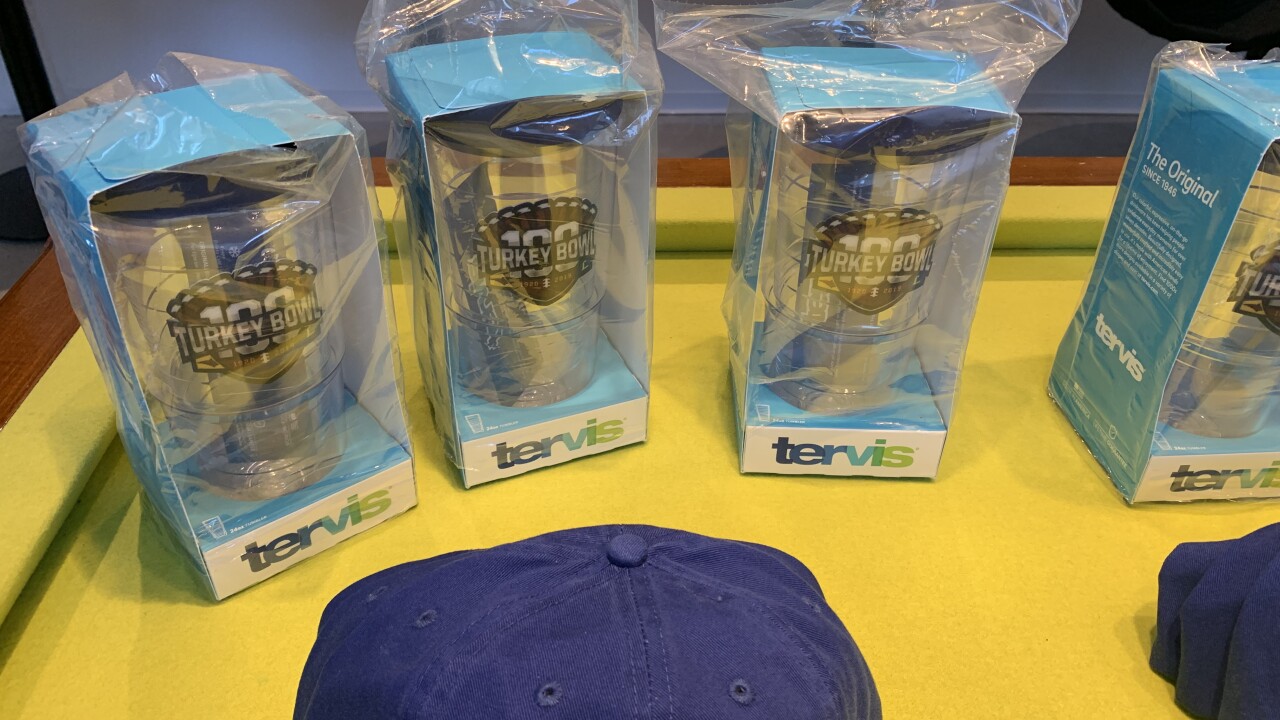 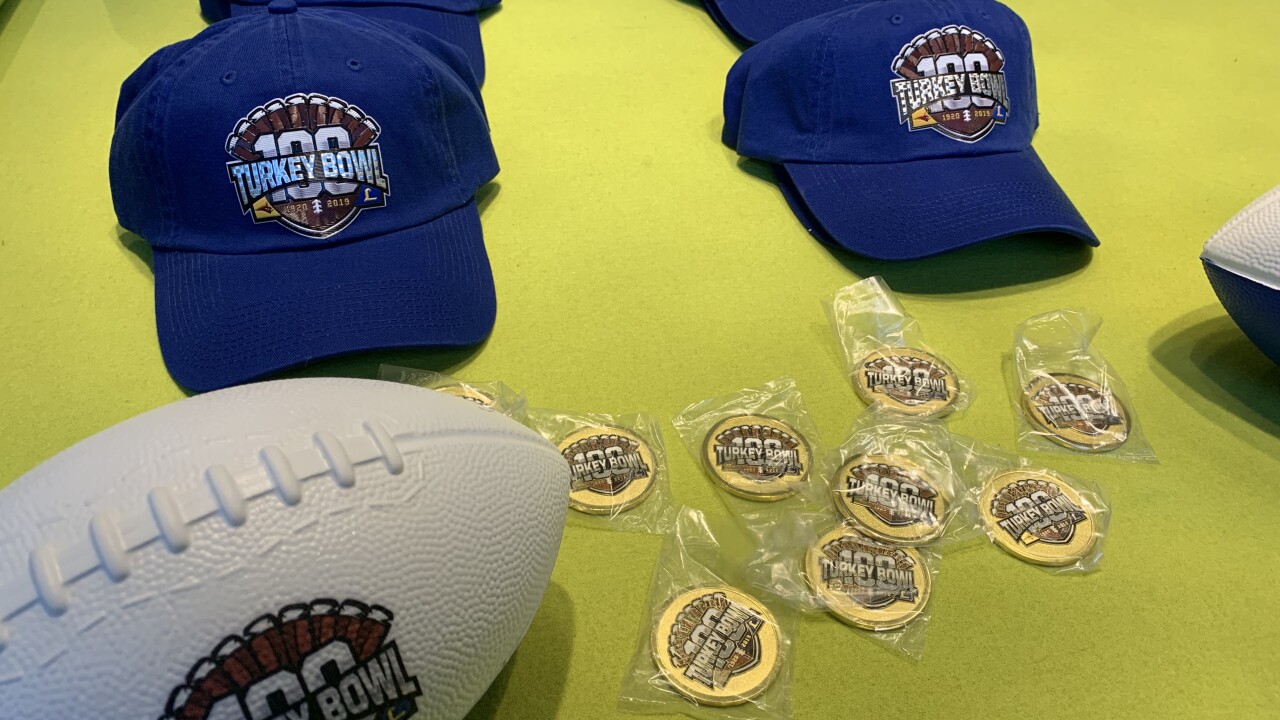 Even though Spring has just sprung, some are already looking ahead to a fall favorite, the Turkey Bowl.

WMAR-2 News is partnering with local Maryland Interscholastic Athletics Association rivals, Loyola Blakefield and Calvert Hall College, for the 100th Brooks Financial Group Turkey Bowl. This historic game takes place on Thanksgiving Day, November 28, 2019, and it is sure to be a good one this year.

Calvert Hall College and Loyola Blakefield, both private high schools in Towson, have played an annual football game known as the "Turkey Bowl" for the last 100 years. This tradition is the oldest continuous Catholic prep-school football rivalry in the United States.

The game is currently held at Johnny Unitas Stadium at Towson University, however; it was previously played at M&T Bank Stadium, home of the Baltimore Ravens. To date, The Loyola Dons have the overall lead over the Calvert Hall Cardinals in the Turkey Bowl, with a record of 49–42–8.

To celebrate 100 years of the rivalry, a new logo has been created for the event.

WMAR's own Jamie Costello and Shawn Stepner will join Scott Garceau and Colts football great Tom Matte in presenting the game. The broadcast will feature appearances by local coaches, athletic directors, and players that helped build the annual game into the longest-running catholic school Turkey Bowl rivalry in the nation.

The football game will air live on WMAR-2 News and will be streamed live on the station’s website, Facebook and other streaming services.