Towson U opts out of spring 2021 football schedule, basketball still on pace for Nov. 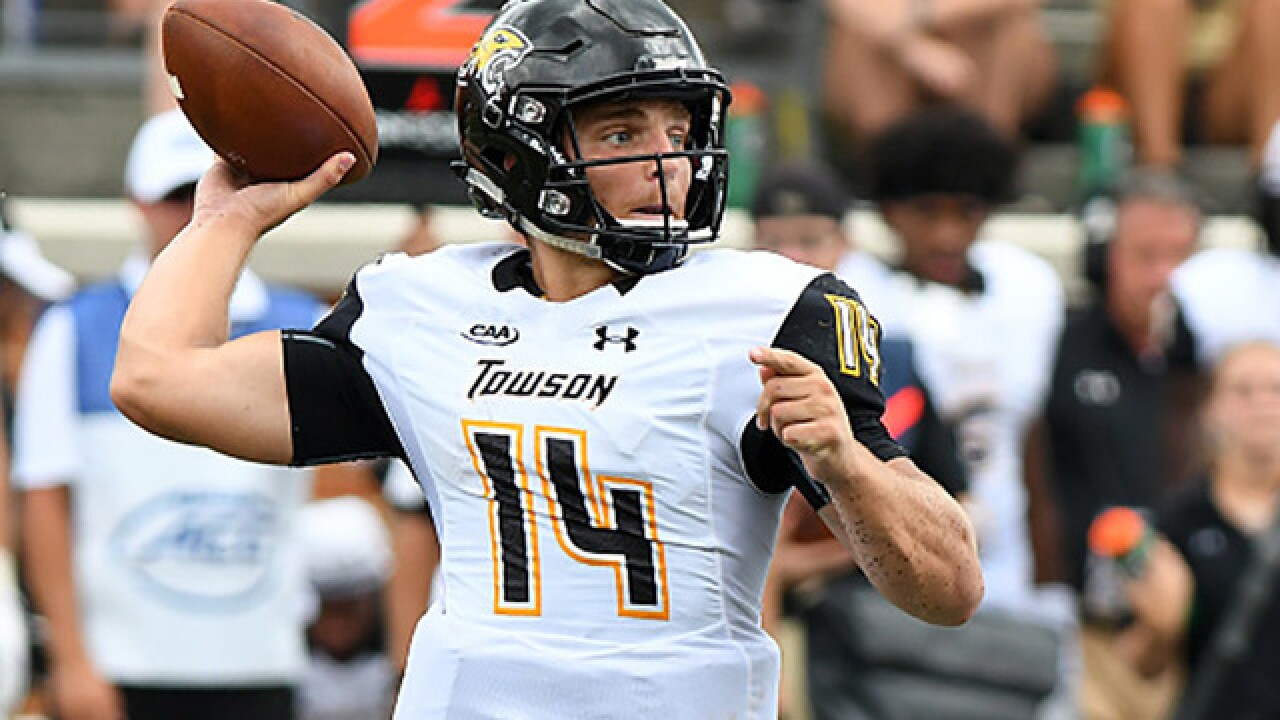 Despite the move, the NCAA will allow Towson's football student-athletes to retain their year of eligibility.

The team will now prepare for the traditional 2021 fall season by holding traditional spring practices, which will include COVID screening for players, coaches and staff.

"We surveyed the guys, more than 75% of the team did not want to trade a full season next year for a six-game season this spring," said head coach Rob Ambrose. "After listening to the players, I could not come up with a good reason on why we should do this.”

Meanwhile, Tigers men’s and women’s basketball are on pace to begin playing their regular season in November.