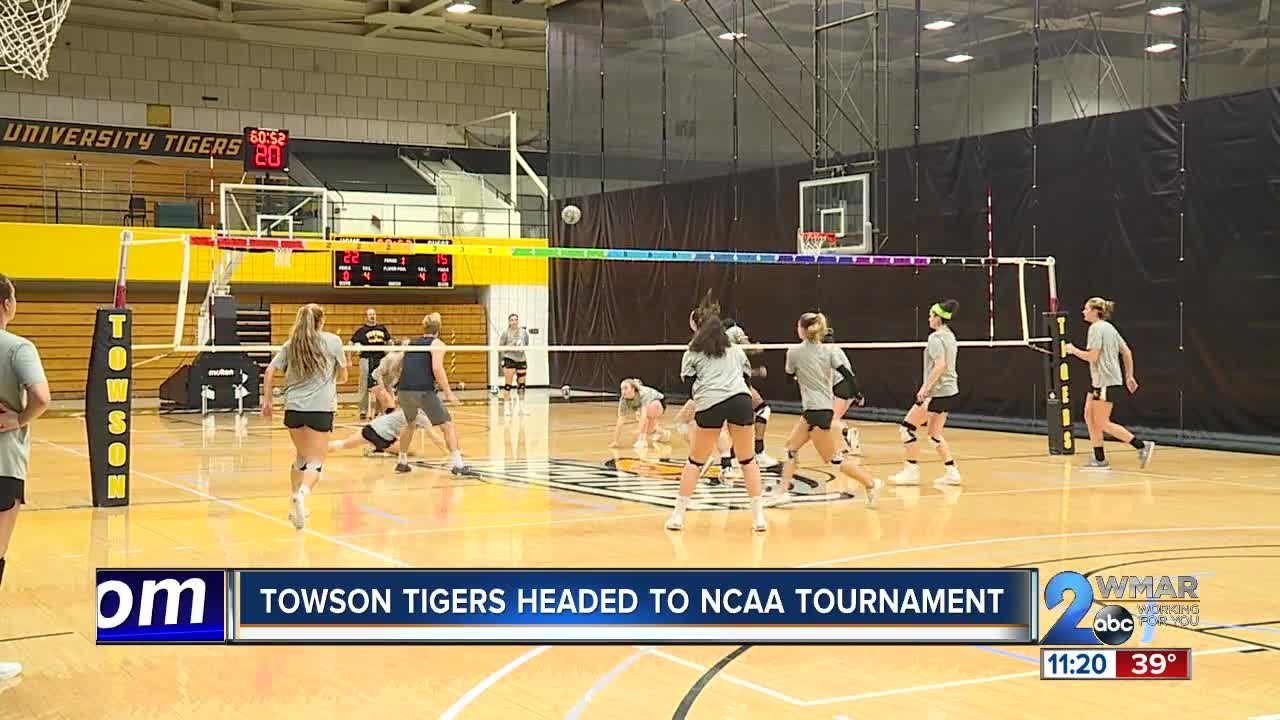 Towson's Women's Volleyball team is heading to the NCAA Tournament.

The team secured their first berth since 2004 after bringing home the 2019 CAA Women's Volleyball Championship. Towson has won its last 22 matches, including a perfect sweep through the CAA regular season and CAA Tournament.

On Wednesday, the team had its last practice at SECU area, afterwards they hit the road.

"Its a special moment for the kids...for four years...they worked long and hard for this opportunity," said Head Coach Don Metil.

The Tigers will face American University on Friday at Penn State. First serve is at 5 p.m.

The winner will face either Penn State or Princeton at 6:30 p.m. on Saturday.