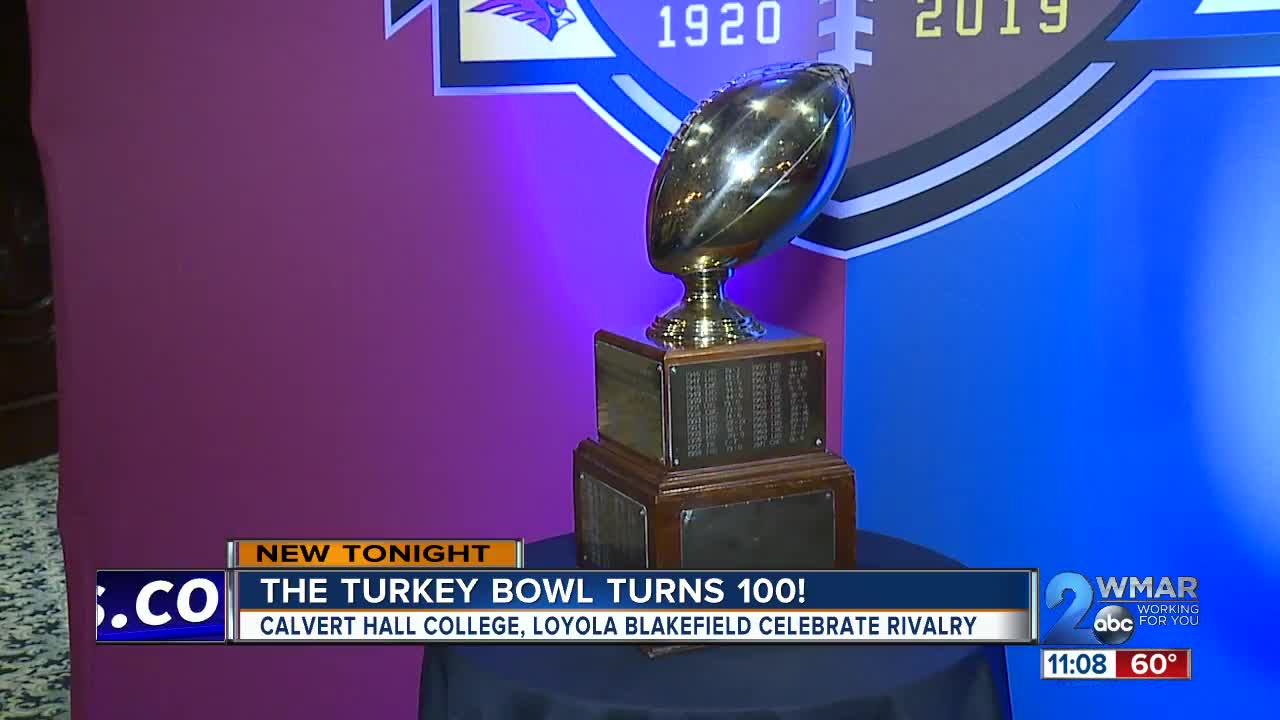 There was also a little football game on a Thanksgiving morning, 100 years later we know it as the Turkey Bowl.

Woodrow Wilson was president, movies were silent and the top song was 'I'm Forever Blowing Bubbles.'

There was also a little football game on a Thanksgiving morning, 100 years later we know it as the Turkey Bowl. Calvert Hall against Loyola and on Friday night those who love both schools came under one roof to remember this great rivalry.

"It's like Christmas you know everybody's got the excitement, families get together on thanksgiving so its a big dinner ceremony," said athletic director of Calvert Hall, Louis Eckerl. "It's just a fun time"

"Well how many areas can say they have a catholic school rivalry that lasts for 100 years? So it's extremely special, I think it's more special for the two schools but we do bring a positive energy a positive vibe to the city of Baltimore," said athletic director of Loyola Blakefield Brant Hall.

As always, you can watch WMAR-2 News Thanksgiving morning for all the tradition, excitement and family time that comes with the Turkey Bowl.