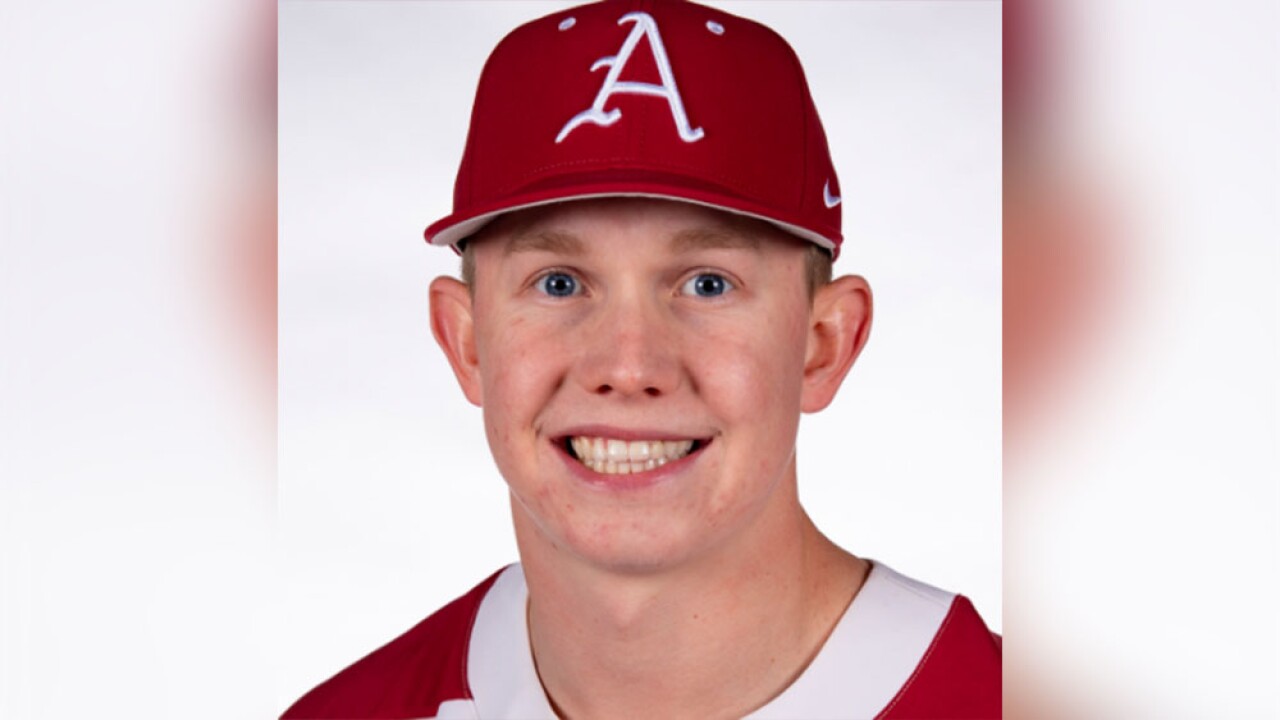 The Baltimore Orioles have selected outfielder Heston Kjerstad from the University of Arkansas with the second overall selection of the 2020 Major League Baseball First-Year Player Draft.

He led the Razorbacks in batting average, hits, home runs, RBI, total bases (53), on-base percentage, and slugging percentage. He started all 16 games in right field and recorded at least one hit in each game.

He was named to the Golden Spikes Award Preseason Watch List, as well as being named a First-Team Preseason All-American by Baseball America, Collegiate Baseball, D1Baseball.com, and Perfect Game.

He was ranked as the No. 10 overall draft prospect by MLB.com and the No. 13 prospect by Baseball America. As a sophomore in 2019, Kjerstad helped lead Arkansas to their second-straight College World Series.

A native of Amarillo, Texas, Kjerstad attended Canyon Randall (Texas) High School. He was named the District 3-5A Newcomer of the Year in 2015 and the District 3-5A MVP and First Team 5A All-State Player in 2016. He was a member of the Amarillo Glove-News 2016 Baseball Super Team and attended the 2016 Perfect Game National Showcase.

Kjerstad was selected by the Seattle Mariners in the 36th round of the 2017 MLB First-Year Player Draft following his senior year of high school but did not sign in order to attend the University of Arkansas.

The 2020 First-Year Player Draft marks the first time in Orioles history that the club has had the second overall selection in the MLB Draft.

It is the first time they have had picks in the top five in consecutive years since 2011-12.