Orioles-Nationals to resume suspended game on Friday in Baltimore 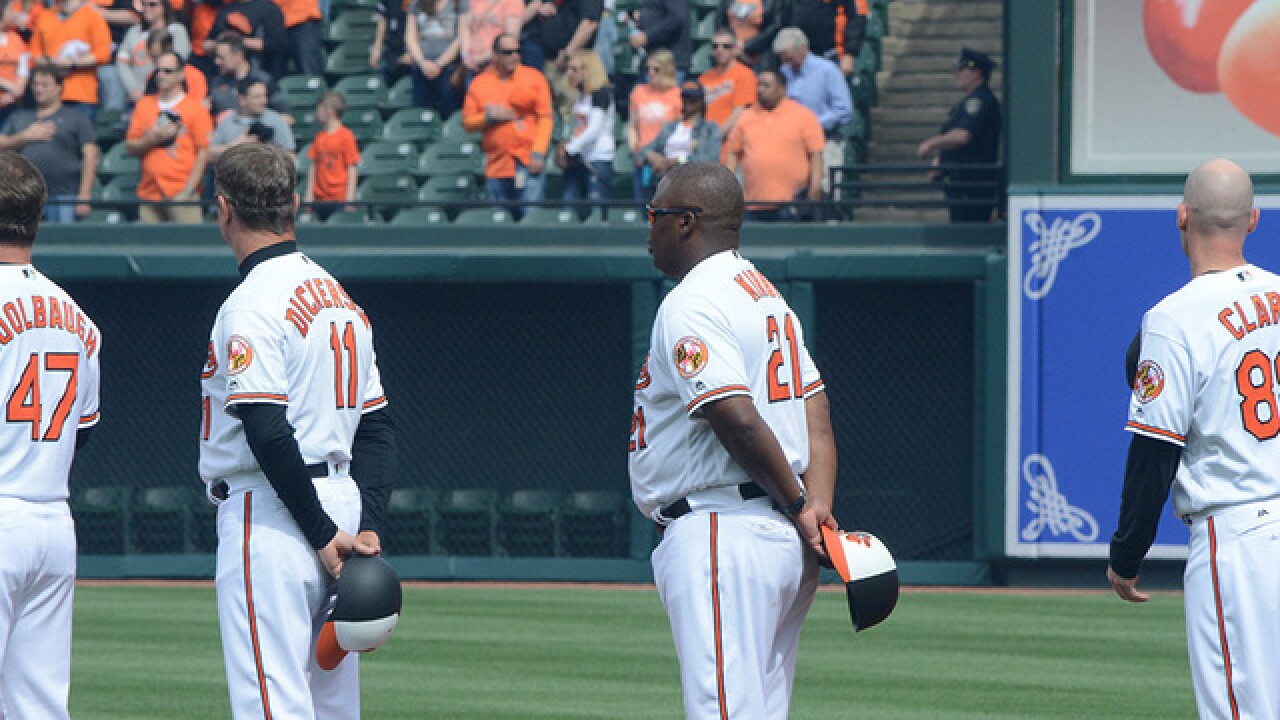 BALTIMORE — The Baltimore Orioles and Washington Nationals will resume their suspended game from August 9 on Friday at Oriole Park at Camden Yards.

The suspended game will begin at 5:05 p.m. ET and resume at the point in which it was suspended.

The Orioles will remain the road team and play will resume with one out in the top of the sixth with runners on first and second and the Orioles leading, 5-2.

Both the suspended game and the regularly-scheduled game will be 9-inning regulation games.

The regularly-scheduled game will begin 45 minutes after the completion of the suspended game.