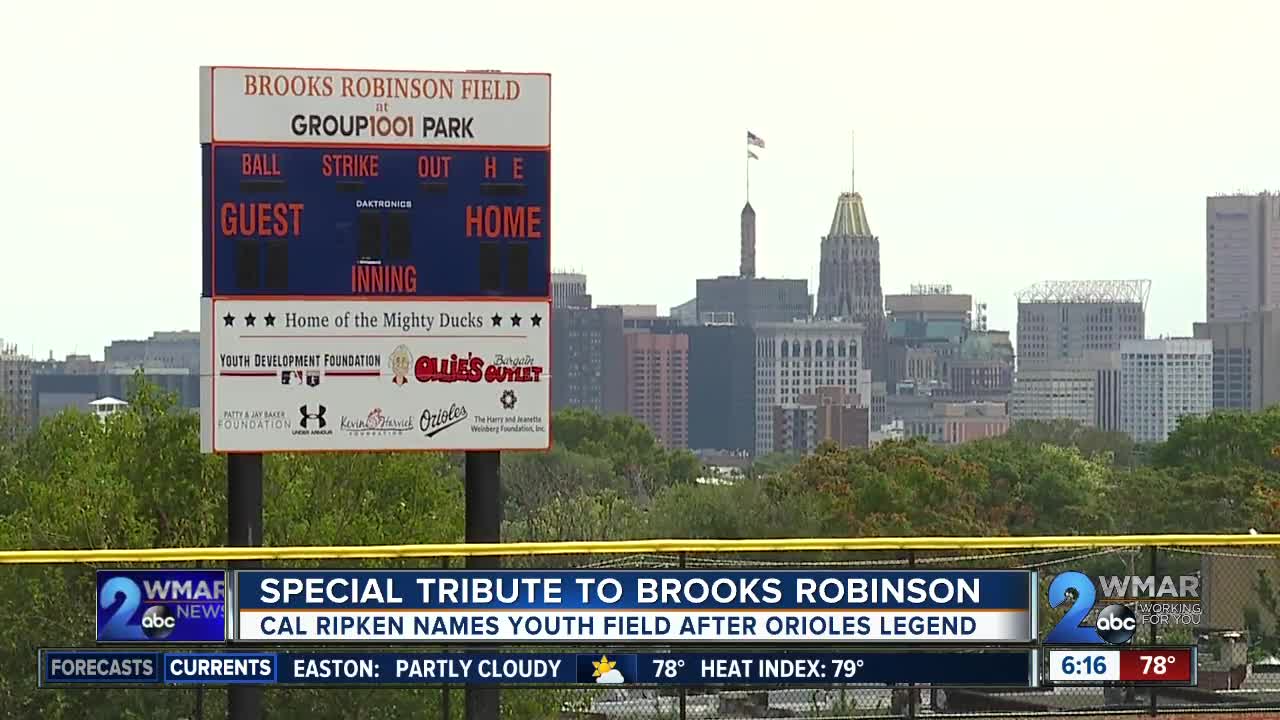 BALTIMORE — Royalty in West Baltimore on Tuesday as a hero honors his idol.

Brooks was emotional speaking about his childhood, growing up and playing catch.