Baltimore Ravens prepare for the Patriots 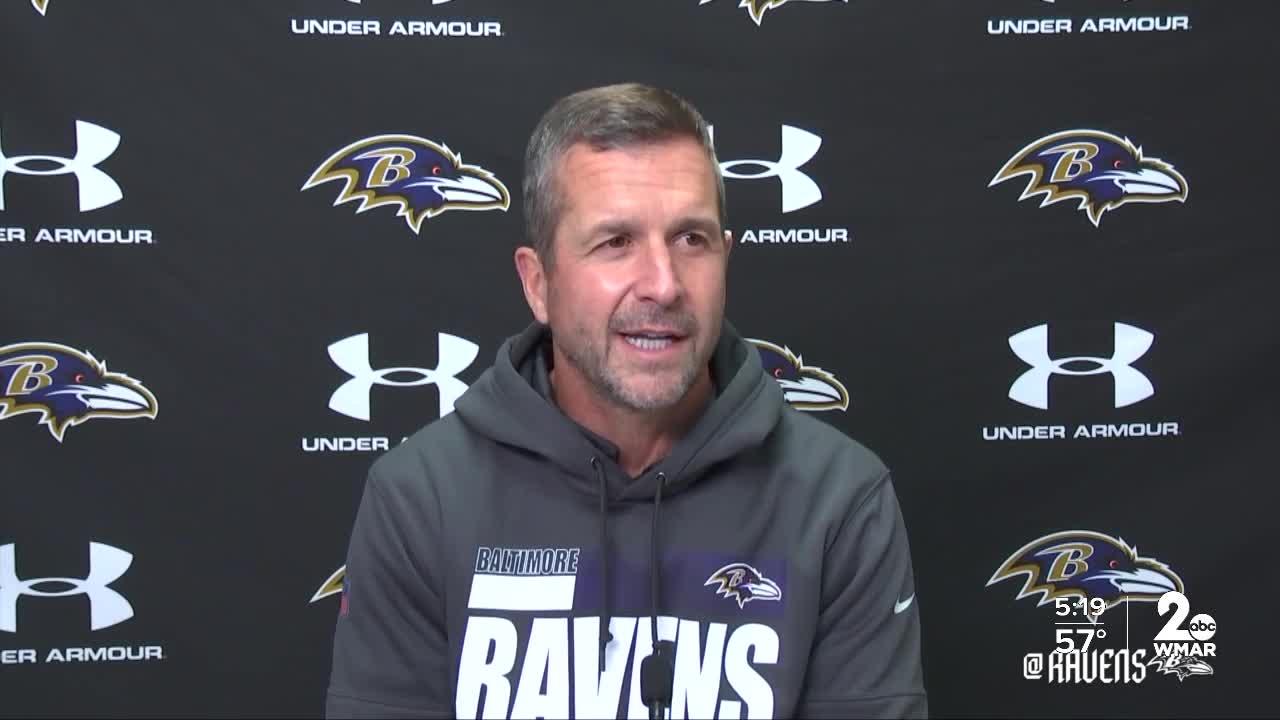 Baltimore Ravens prepare for the Patriots

BALTIMORE — Only three New England quarterbacks have played against the Ravens.

Drew Bledsoe was the first, Cam Newton on Sunday and 12 years in between, the great Tom Brady.

This Sunday's game is one many are calling a chess match between John Harbaugh and Bill Belichick.

Harbaugh says it's a lot of things, ut it isn't that.

"I don't play much chess, I'm not that good at it, I just don't have time I guess. I've got an app on my phone, I wanna learn," said Harbaugh. "When you go up against a coach Belichick-coached team, you're going up against the best. I mean there's no team that's going to be better coached. So we're look forward to it, we recognize what a challenge it is, and we're going to try and do our best."

We'll see if the Ravens change up their play-calling.

Lamar Jackson spoke on the Rich Eisen Show earlier this week, saying defenses are calling out their plays.

Coach Harbaugh says it's part of the game, but it may be something they have to address.

"I do think with no crowd out there you hear a lot more which is so interesting. You've really got to do a good job with your audibles when you're at the line stuff because people study that stuff as well. We have to be careful in terms of if we call something at the line, is it something we're going to have going forward."

Injury-wise, the Ravens will be without Calais Campbell Sunday. That's according to coach Harbaugh.

Corner Jimmy Smith is doubtful with an ankle injury and running back Mark Ingram is questionable, though was practiced fully today.