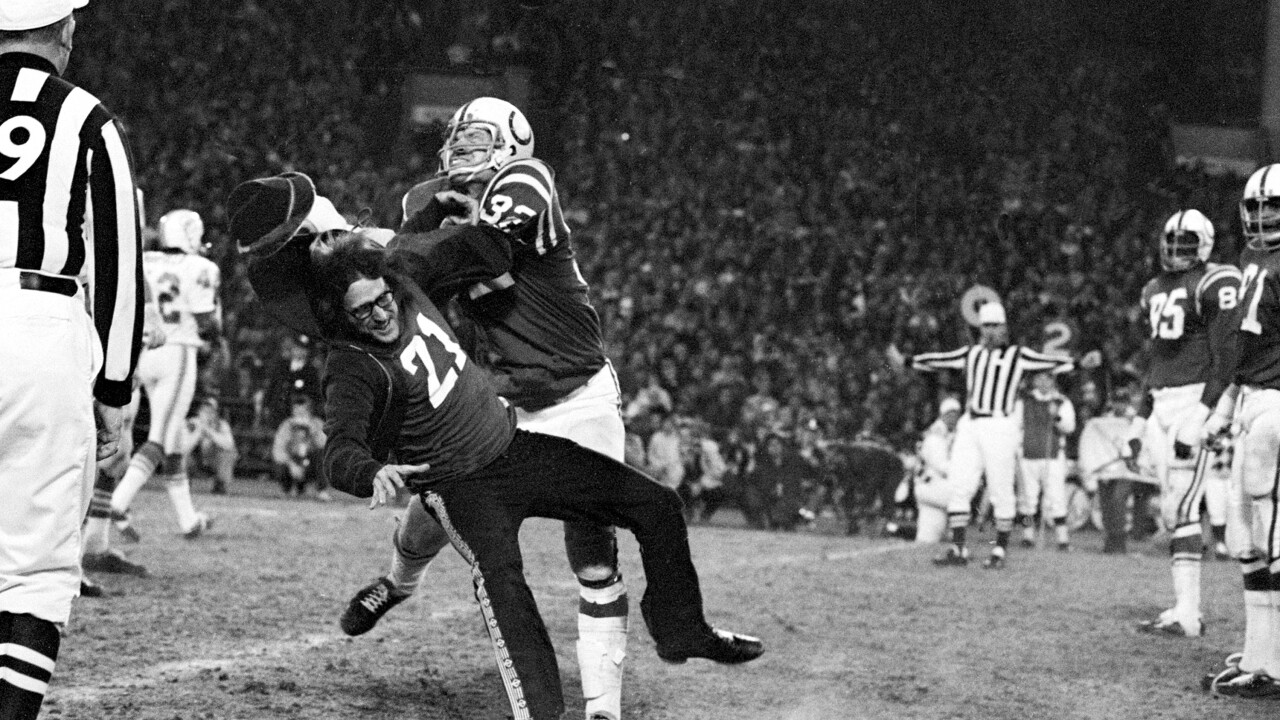 AP
An unidentified fan collides with Baltimore Colts linebacker Mike Curtis (32) after trying to steal the football in the fourth quarter of the game against the Miami Dolphins in Baltimore, Md., Dec. 11, 1971. (AP Photo)

BALTIMORE — Baltimore lost one of its legendary sports figures on Monday.

Known as "Mad Dog," Curtis is most remembered for tackling a drunk fan who ran onto the field at Memorial Stadium, during a game in December of 1971 against the Miami Dolphins.

Curtis also set the Colts up for their 16-13 Super Bowl V victory over the Dallas Cowboys with an interception in the final minutes of the game.

Prior to being drafted in the first round of the 1965 NFL Draft out of Duke University, Curtis played high school ball in Rockville.

He finished his career with 25 interceptions and four Pro Bowl selections.

Rest in peace, Mike Curtis. One of the game's most legendary non-Hall-of-Famers. Ferocious on the field, a gentleman off the field.