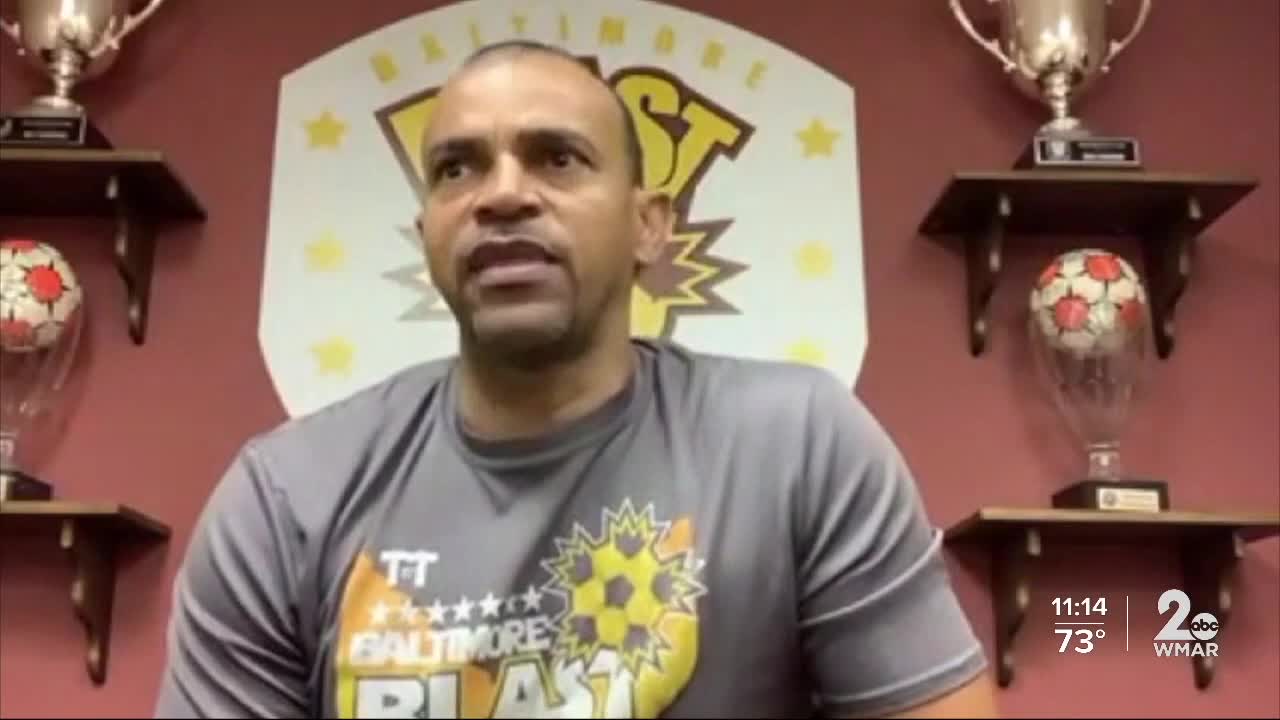 David Bascome has been named head coach of the Baltimore Blast and will lead the organization’s soccer camps this summer.

BALTIMORE — David Bascome has been named head coach of the Baltimore Blast and will lead the organization’s soccer camps this summer.

The Blast say former Head Coach Danny Kelly has “moved on”. WMAR-2 News's Shawn Stepner reached out to him for comment but he did not respond.

Bascome has been involved in professional soccer for the last 28 years. He has spent the last 16 seasons with the Blast, winning eight championships, three as a player and five as an assistant coach.

Since 2007, he has been part of the Legends of Sports and has earned many achievement awards for helping young people in his home country of Bermuda.

His understanding and passion of the game is why he was inducted into the Blast Hall of Fame last season. Bascome was also a member of the Bermuda National Team.

The Baltimore Blast is a member of the Major Arena Soccer League and is preparing for the 40th anniversary of indoor soccer in Baltimore.