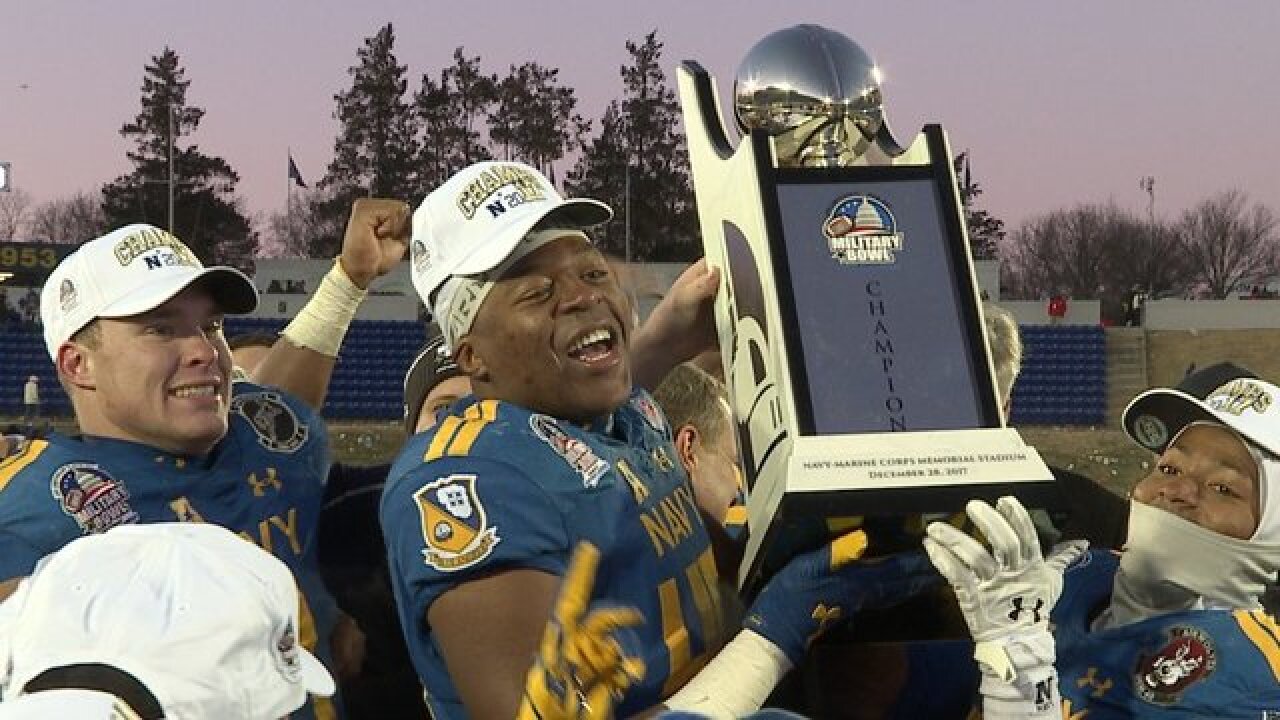 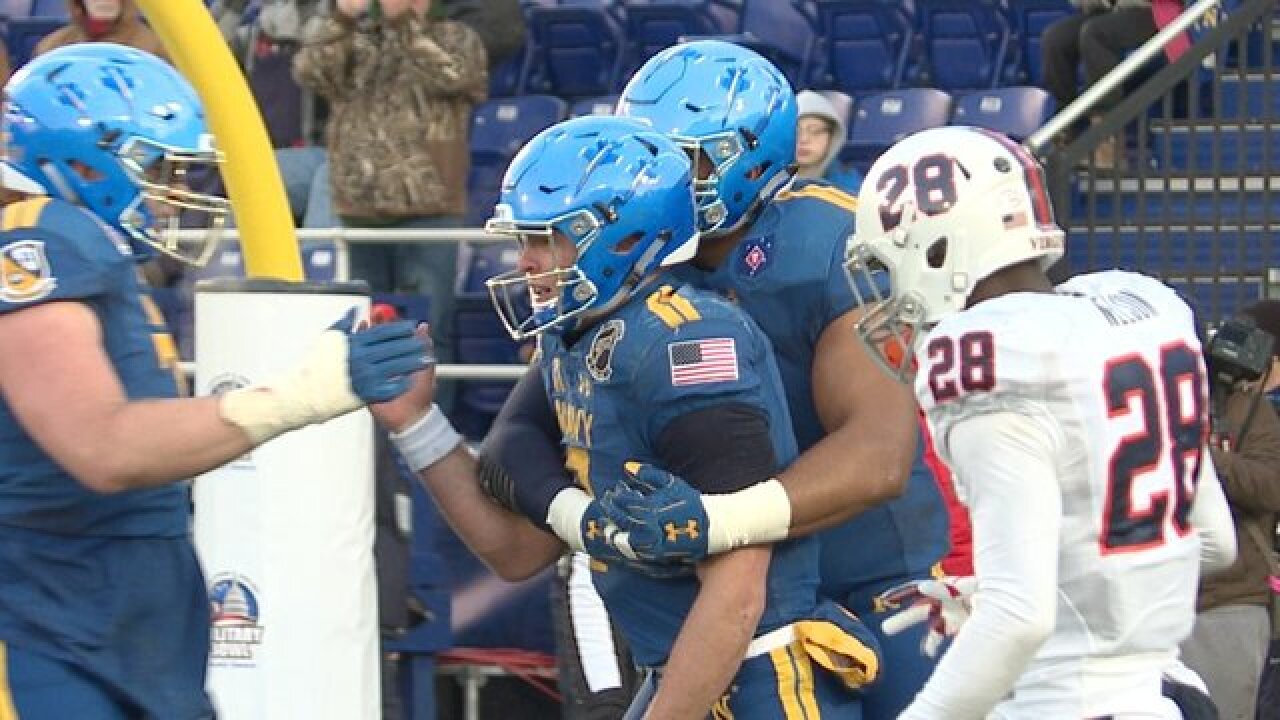 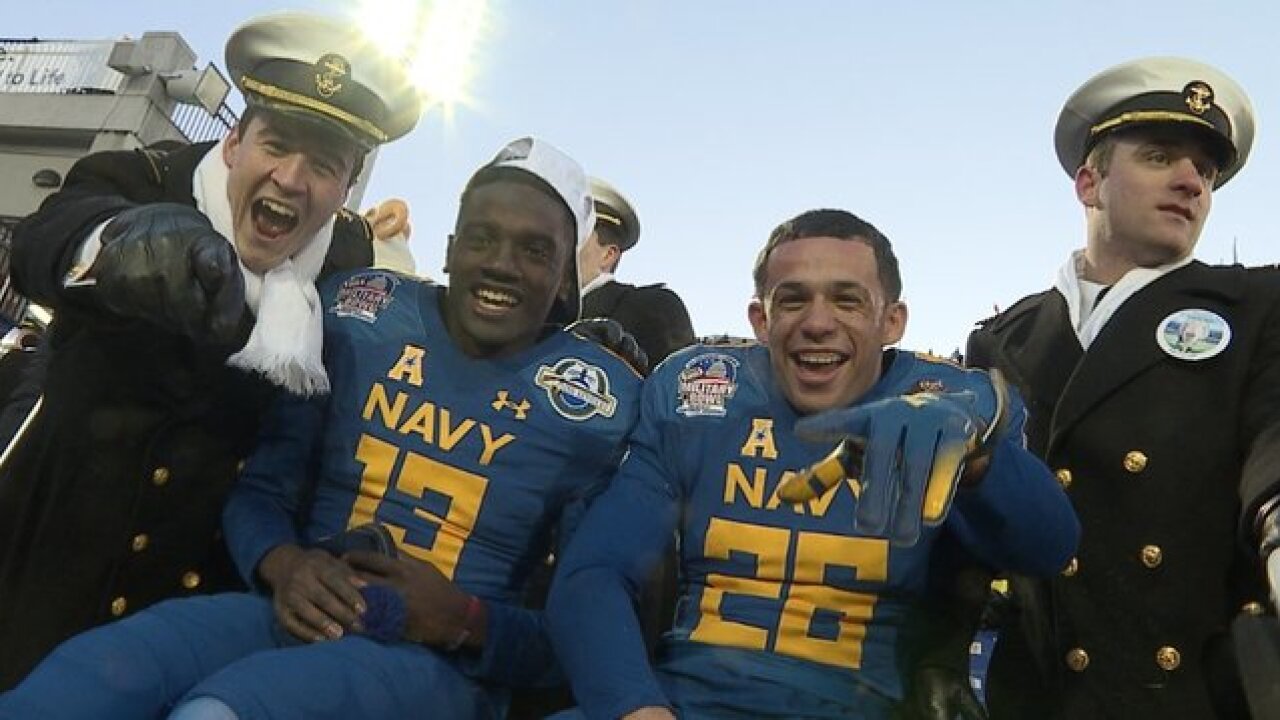 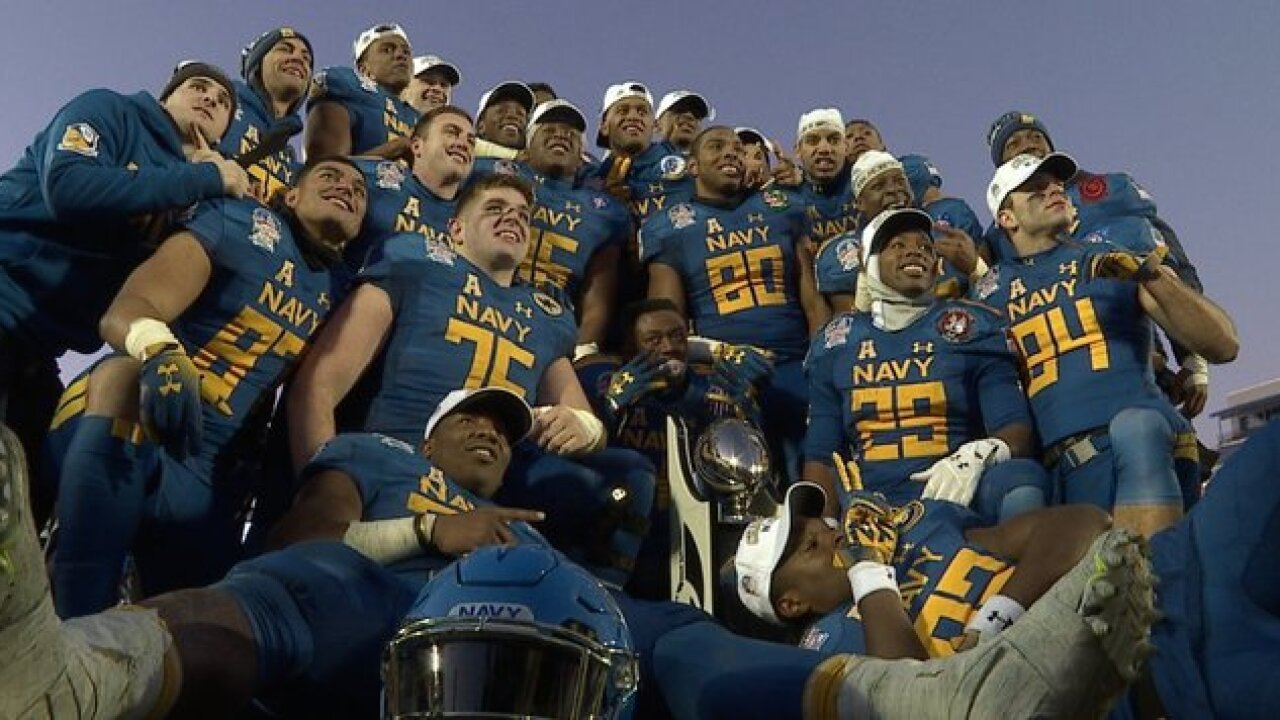 After Virginia's Joe Reed took the opening kickoff 98 yards for a touchdown, the Midshipmen (7-6) got two TDs apiece from quarterbacks Perry and Abey in taking a 28-7 halftime lead.

Perry left in the third quarter with a foot injury, leaving Abey to score on runs of 5 and 20 yards to make it 42-7 in a game Navy entered as a 1 1/2-point favorite.

Abey added a 1-yard touchdown with 11:11 remaining, then sat for the remainder of the game.

The Midshipmen rolled up a Military Bowl-record 452 yards rushing, including 101 by Chris High and 88 by Abey, who began the season as the starter before losing the job.

Playing in their first bowl since 2011, the Cavaliers (6-7) could not contain Navy's triple option and had no success moving the ball.

Senior Kurt Benkert came in with a school-record 3,062 yards passing this season, along with 25 touchdown passes. In this one, he went 15 for 34 for 133 yards and an interception.

After Reed went the distance with the opening kickoff, Navy responded with a 69-yard drive that ended with a 1-yard run by Abey. The Midshipmen then forced a three-and-out, and Perry finished an eight-play drive with a 22-yard touchdown run for a 14-7 lead.

Perry scored from 19 yards out and Abey concluded the first-half scoring with a 1-yard TD.

PASS ON THE PASS

Navy attempted only one pass, a toss by Abey in the third quarter. It fell incomplete.

Virginia: The Cavaliers tripled their win total of a year ago and ended their six-year bowl drought, but this humbling defeat takes the edge off their turnaround season.

Navy: The Midshipmen salvaged a disappointing season in which they started 5-0 before losing six of the next seven, including 14-13 to Army. Navy also discovered just how good Perry can be at QB, and no doubt looks forward to having him as a starter at the outset of the 2018 season.

Virginia: Following an offseason to reflect upon the improvement they made this season, the Cavaliers open the 2018 season on Sept. 1 against visiting Richmond.

Navy: The Midshipmen launch the 2018 season with a lengthy journey for a Sept. 1 game against Hawaii.