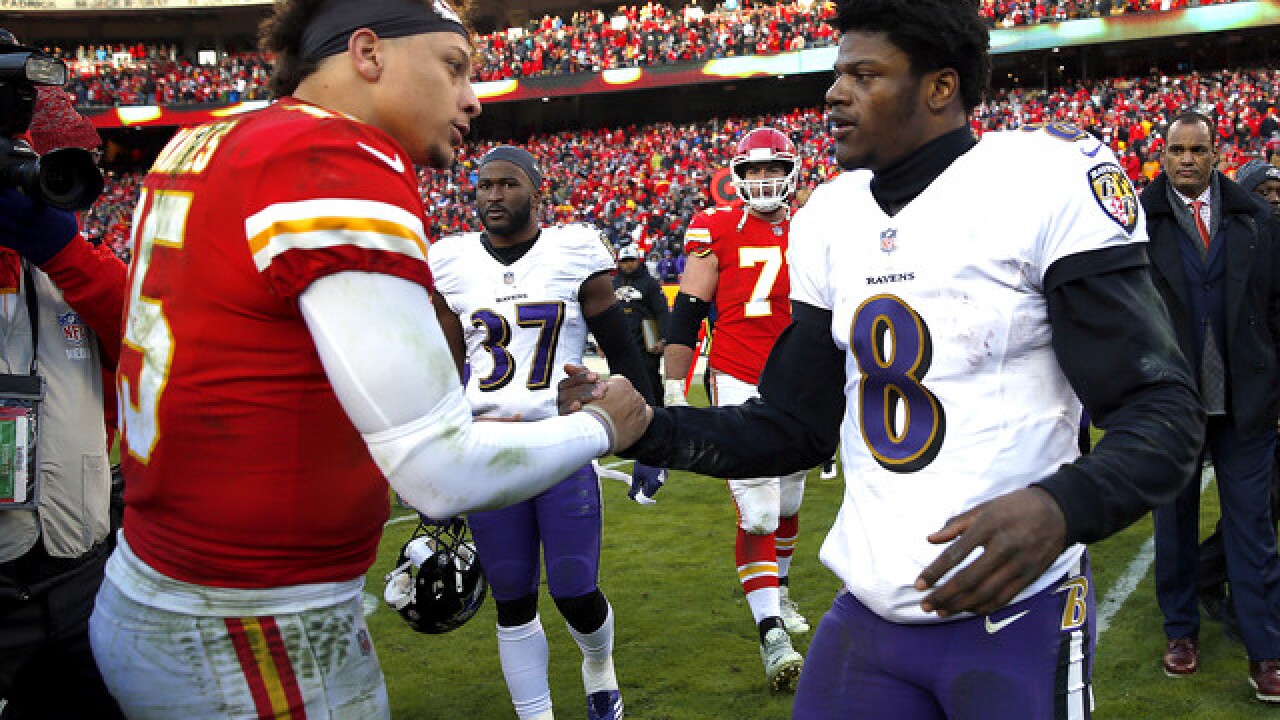 Copyright 2018 Scripps Media, Inc. All rights reserved. This material may not be published, broadcast, rewritten, or redistributed.
Jamie Squire
<p>KANSAS CITY, MISSOURI - DECEMBER 09: Quarterback Patrick Mahomes #15 of the Kansas City Chiefs shakes hands with quarterback Lamar Jackson #8 of the Baltimore Ravens after the Chiefs defeated the Ravens 27-24 in overtime to win the game at Arrowhead Stadium on December 09, 2018 in Kansas City, Missouri. (Photo by Jamie Squire/Getty Images)</p>

Mahomes was asked if he considered himself the new "face of the NFL" after he was named the Super Bowl's Most Valuable Player. Instead of saying yes, Mahomes said several others worthy of being considered the league's face, and highlighted Jackson.

Mahomes was the NFL's Most Valuable Player in 2018, while Jackson was the unanimous choice for MVP this season. Both are under the age of 25.