WR Snead is a Raven after Saints fail to match offer 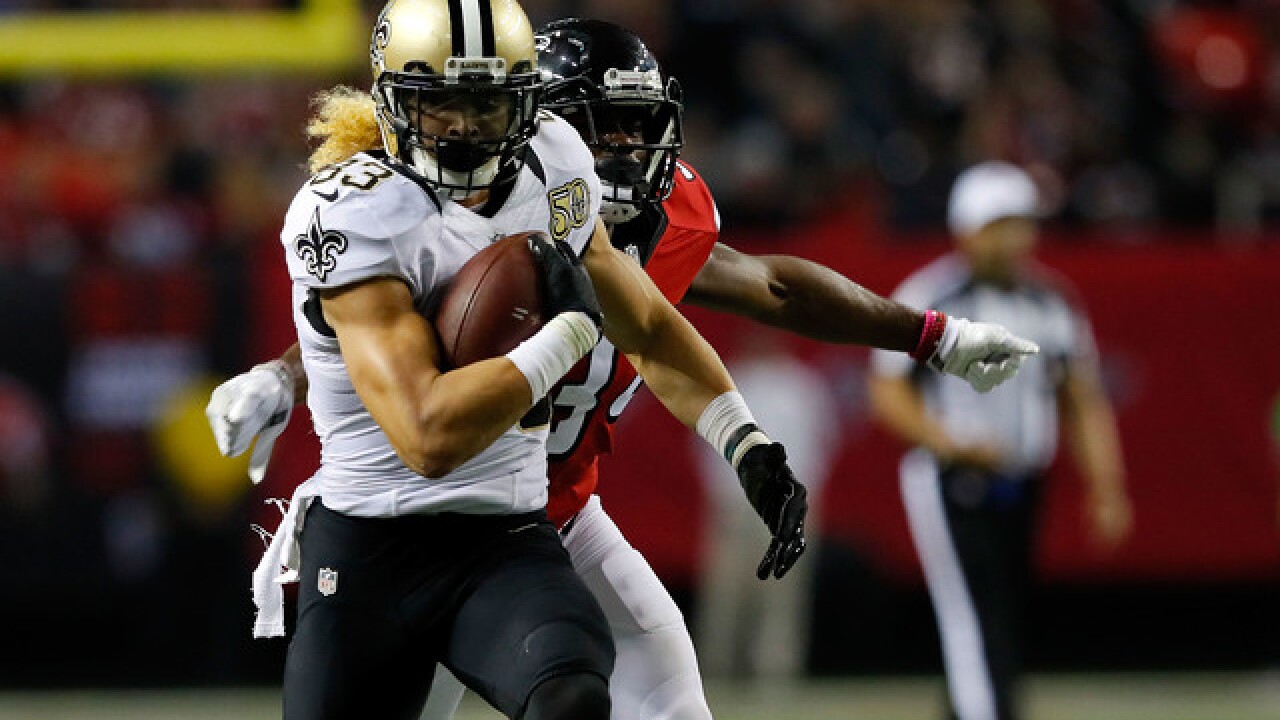 Copyright 2018 Scripps Media, Inc. All rights reserved. This material may not be published, broadcast, rewritten, or redistributed.
Kevin C. Cox
<p>ATLANTA, GA - JANUARY 01: Willie Snead #83 of the New Orleans Saints runs after a catch during the second half against the Atlanta Falcons at the Georgia Dome on January 1, 2017 in Atlanta, Georgia. (Photo by Kevin C. Cox/Getty Images)</p>

Another wide receiver is on the way to Baltimore this offseason.

Former New Orleans Saints wide receiver Willie Snead is now a Raven after the Saints declined to match an offer sheet extended by Baltimore.  He was a restricted free agent.

Snead signs a two-year deal with Baltimore that can be worth up to $10.4 million dollars, according to ESPN. He's also due a $2 million signing bonus.

He joins Michael Crabtree and John Brown in a revamped Ravens receiving corps for 2018.