WATCH: We caught the cutest interaction between Ravens Head Coach and Lamar Jackson 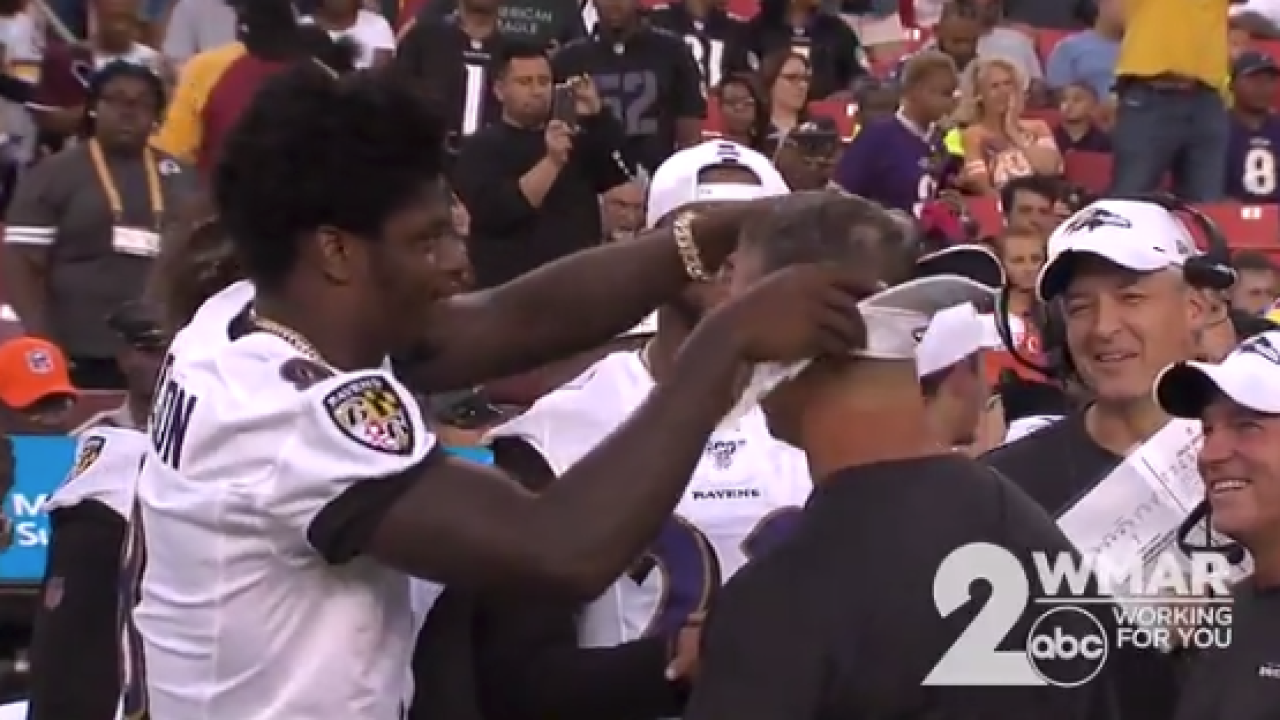 BALTIMORE — In the words of WMAR-2 News Sports Reporter Shawn Stepner, everyone can use a little help with their sideline style... even John Harbaugh.

On Thursday, the Ravens won the battle of the beltway 20-7. That's Baltimore's 17th straight preseason.

During the game, WMAR-2 News captured a video that's been trending on the internet!

Everyone can use a little help with their sideline style... even John Harbaugh. Lamar with some fashion ideas for his coach. Willie Snead approves. @Lj_era8 @Willie_Snead4G #Ravens @WMAR2News pic.twitter.com/cBAFMVca7u

You can see some of the starters including Lamar Jackson trying to give Head Coach John Harbaugh a little more style on the sidelines. Jackson said 'enough of that hat and put this visor on.' In the video Lamar wanted him to put the white visor on backwards, because the players weren't feeling the look when he flipped it forward.

Head Coach Harbaugh had a lot to say about this new fashion trend.

"I haven't seen the look yet, I mean maybe you can share with me your opinion. Not bad huh? I was gonna wear it front ways because that's how Marlon wears it but they said no that's not how you wear it. They though I would be very popular among the people if I went through the whole game like that you know. I wasn't that bold," said Harbaugh.

Now back to football! The Ravens will be traveling to Miami for week one of the regular season. Kickoff is scheduled for 1 p.m. on Sunday.