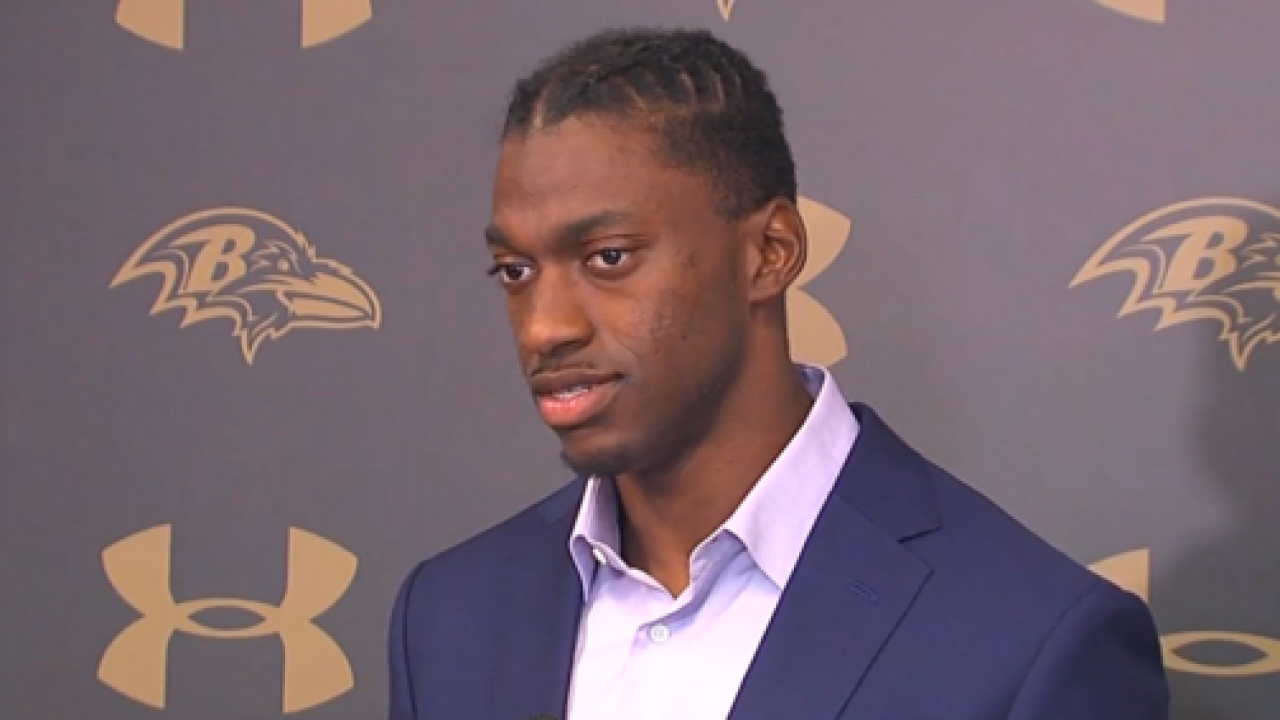 Ravens quarterback Robert Griffin III got a chance to talk to the media on Wednesday.

Earlier in April, the team announced it would be signing Griffin to a one-year contract. Wednesday Griffin and the team finalized the deal.

He says he’s grateful and excited for the opportunity. He also says he picked the Ravens because he wanted to be part of an organization that has an identity.

When asked about getting his career back on track and to where he was several years ago, Griffin says that’s not his focus, because he’s in Baltimore to do whatever he can for the team.

“I feel like, for me, my focus really isn’t on that. It’s really just being able to come in and do whatever they ask me to do and be able to prove it to my teammates every single day,” said Griffin. “I'm a Baltimore Raven. My job is to do whatever I can do to help the team win games in whatever capacity that may be."

The upcoming season will be Griffin’s fifth year in the league. He was drafted by the Washington Redskins in 2012 and was eventually released by the team in 2016.Griffin spent the next season with the Cleveland Browns and was released in March of 2017.