Ray Lewis named a semifinalist for 2018 Hall of Fame class 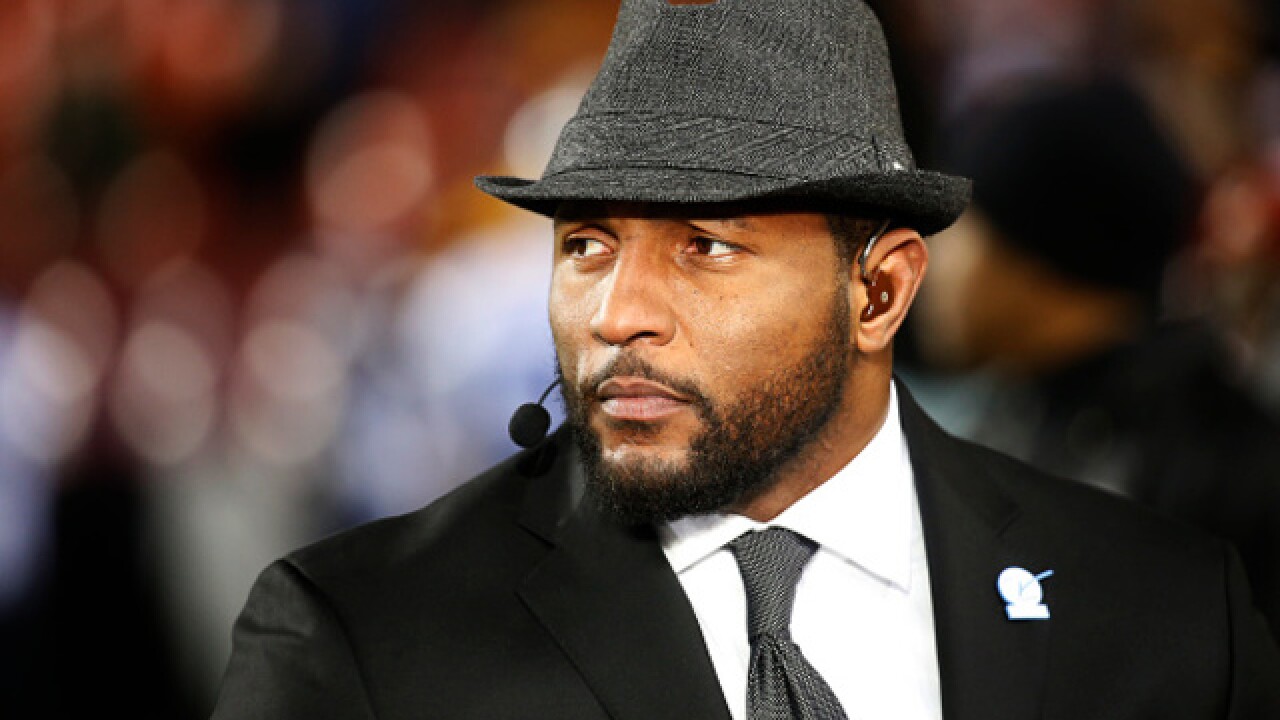 Copyright 2017 Scripps Media, Inc. All rights reserved. This material may not be published, broadcast, rewritten, or redistributed.
Rob Carr
<p>LANDOVER, MD - DECEMBER 7: ESPN personality Ray Lewis looks on before a game between the Washington Redskins and the Dallas Cowboys at FedExField on December 7, 2015 in Landover, Maryland. (Photo by Rob Carr/Getty Images)</p>

Ravens legend, Ray Lewis is one step closer to the Hall of Fame.

Lewis is among the 27 semifinalists up for induction into the Pro Football Hall of Fame.

This is Lewis' first year on the ballot.

Randy Moss, Terrell Owens and Hines Ward are among the other semifinalists.

Right now, Jonathan Ogden is the only original Raven in the Hall of Fame.

The final 2018 class will be announced February 3, the night before the Super Bowl in Minneapolis.