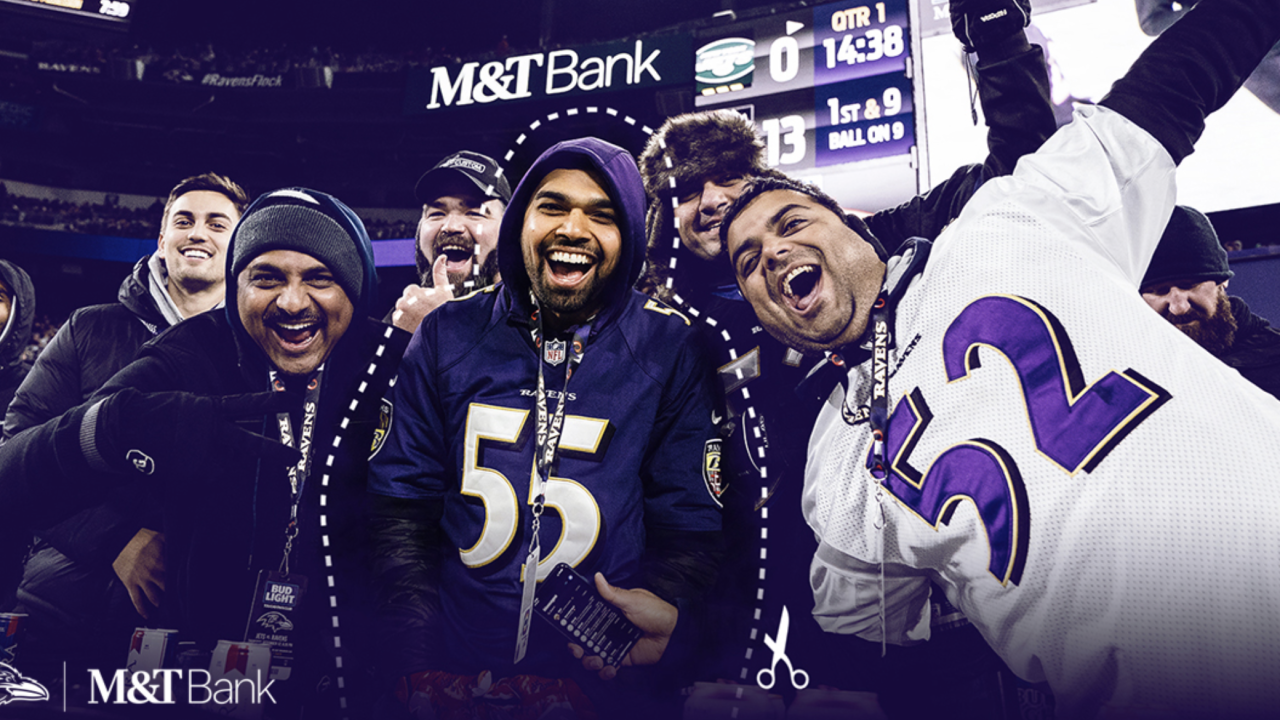 BALTIMORE — Despite being unable to physically attend Ravens games for at least the start of the 2020 season, there's still one way to show your face at M&T Bank stadium to root on the team.

How's that you may ask?

Well some professional teams including the Boston Red Sox and Washington Nationals have already done it.

And that's through fan cutouts.

The cutouts will be setup in each end zone of the stadium’s lower seating areas.

To guarantee your cutout is in place by the September 13 home opener, the Ravens say purchases should be made before midnight on September 7.

Any orders after that will be shown during the second home game of the season.

The team says all proceeds will benefit the Ravens Foundation's COVID-19 relief efforts.

Here's a list of rules before taking your photo.

1. No commercial advertising, including company names, apparel brands, hashtags, social media handles, phone numbers, logos, slogans or other branding.
2. Club-branded attire only.
3. No third-party branding, including on apparel and in photo backgrounds.
4. No attire or other branding of NFL clubs or sports teams other than the Club.
5. No political statements, logos, slogans or other political content.
6. No offensive or negative comments about the Club or other NFL clubs or sports teams.
7. No lewd, inappropriate or offensive photos.
8. No arms raised in photos.

It's unclear if and when fans will be able to return in person this season.