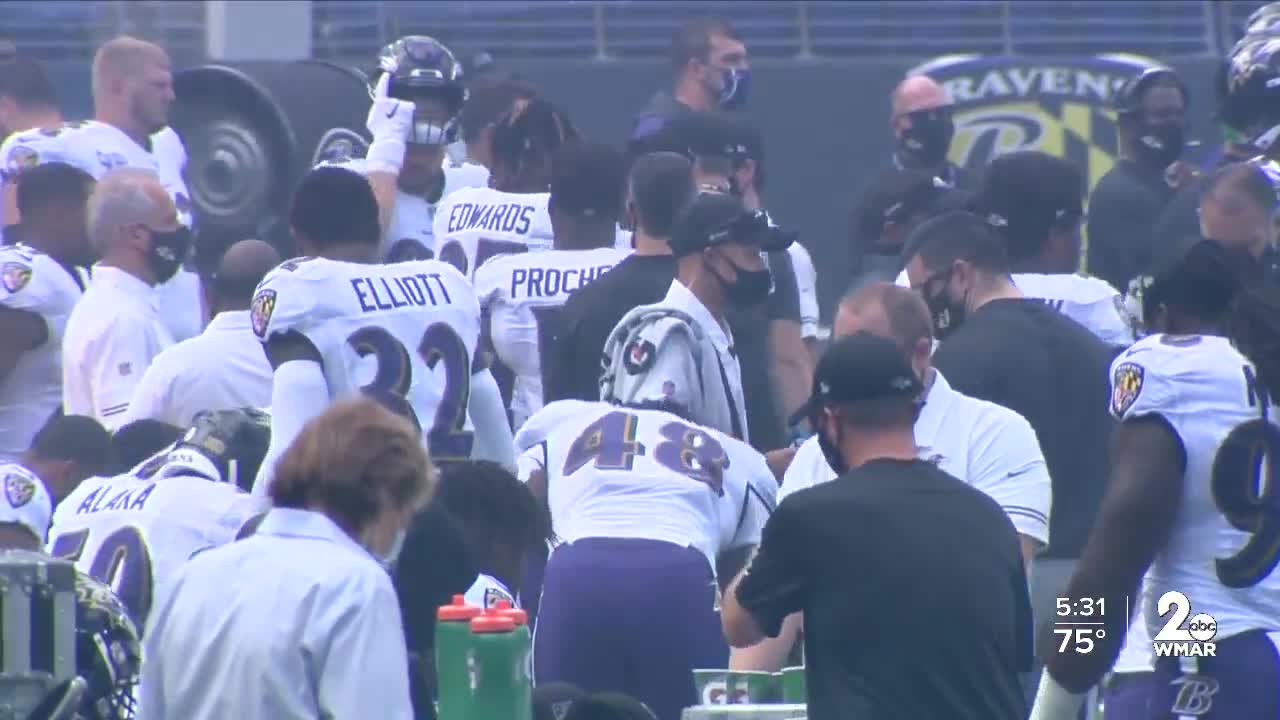 The Baltimore Ravens are 1-0 following a 38 -6 route over the AFC North Division rival Cleveland Browns. 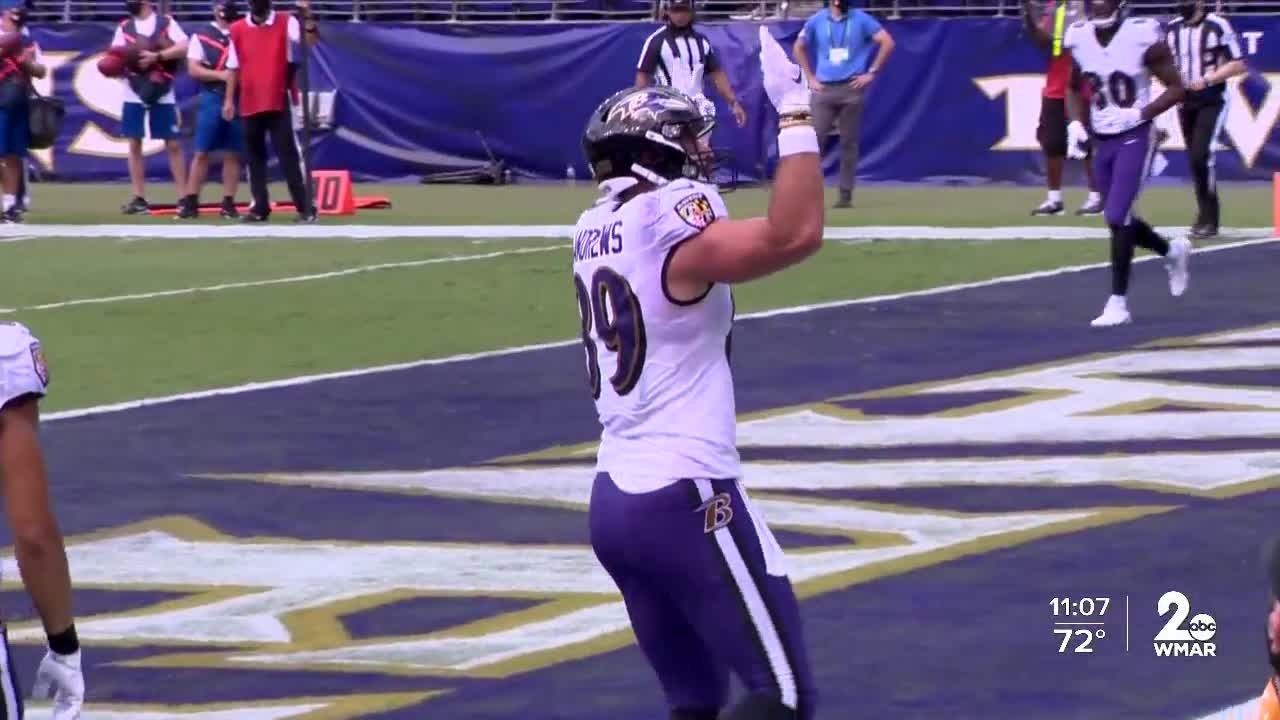 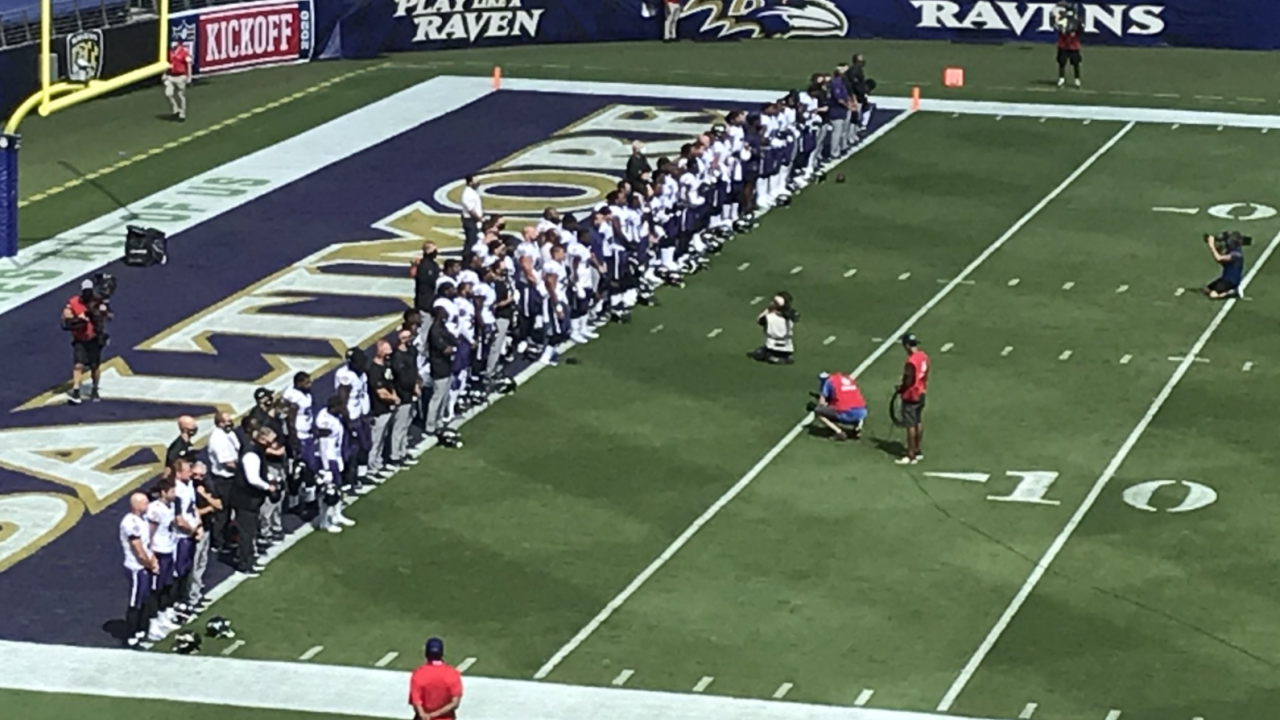 BALTIMORE — The Baltimore Ravens are 1-0 following a 38 -6 route over the AFC North Division rival Cleveland Browns.

Sunday's season opener at M&T Bank Stadium saw a lot of firsts in the wake of COVID-19 and nationwide protests.

Most notably, there were no fans in the stands. Instead there were cardboard cutouts.

Before the game as agreed upon by the NFL and the players union, the entire Ravens team stood and locked arms for the playing of Lift Every Voice and Sing.

Afterwards during the Star Spangled Banner, the majority of Ravens players including quarterback Lamar Jackson either sat or took a knee.

The Browns meanwhile stayed in the locker room for both songs.

Baltimore got off to a fast start when corner back Marlon Humphrey intercepted Baker Mayfield during the Browns opening drive.

That led to a Lamar Jackson touchdown pass to tight end Mark Andrews, putting the Ravens up 7-0.

A pair of rookies made their presence felt.

Linebacker Patrick Queen, who was selected in the first round, recorded his first ever sack and forced fumble.

In his first game in a Ravens uniform following an off season trade, defensive lineman Calais Campbell deflected three passes.

Jackson, the reigning NFL MVP, completed 20 out of 25 pass attempts for 275-yards and three touchdowns, including two to Andrews.

Next Sunday they will head to Houston to play the 0-1 Texans.