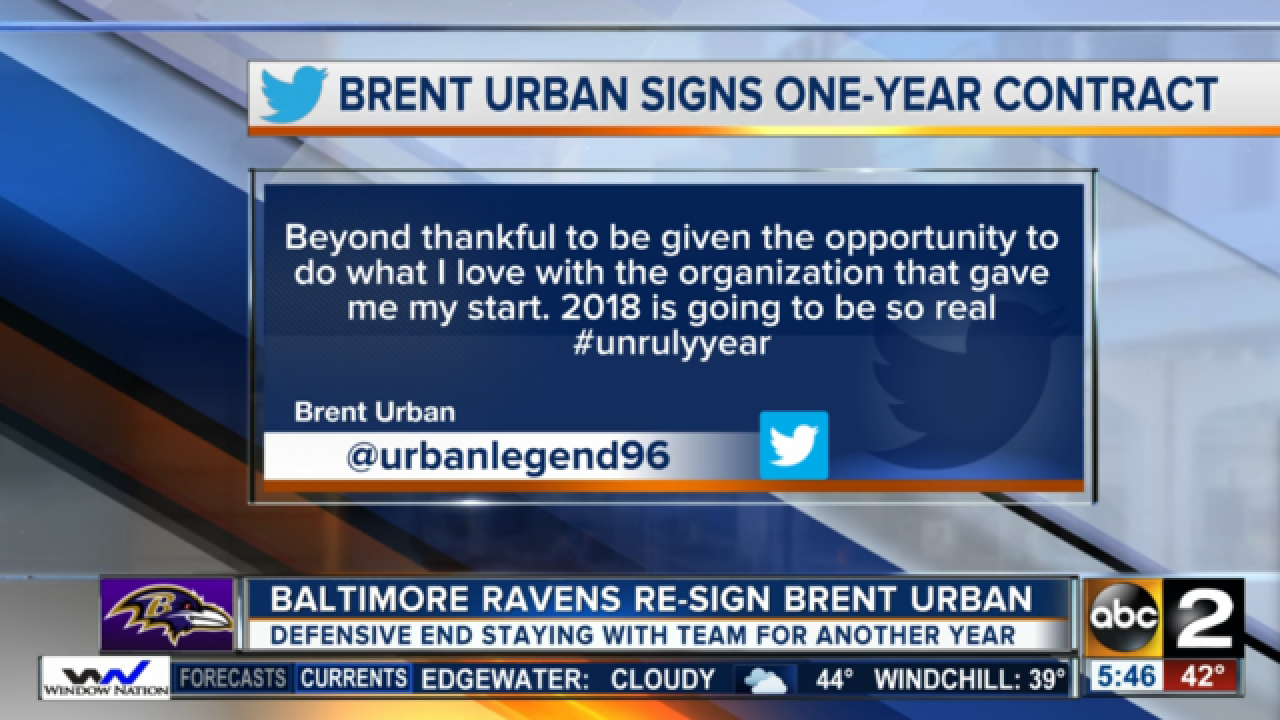 The Baltimore Ravens have signed defensive end Brent Urban to a 1-year contract, less than two weeks before he was slated to become an unrestricted free agent.

Urban's four years with Baltimore have been marked by injuries. He's played in just 25 games, and was healthy for an entire season only in 2016.

After being selected out of Virginia in the fourth round of the 2014 draft, Urban spent his rookie season on injured reserve after hurting his knee in training camp.

Urban played in only six games in 2015 because of a biceps injury. After appearing in 16 games in 2016, he made his first three NFL starts in 2017 before a foot injury ended his season in September.

Urban has 25 tackles, three sacks and has blocked two field goals over his career.

After the Ravens signed him Tuesday, Urban wrote on Twitter: "Beyond thankful to be given the opportunity to do what I love with the organization that gave me my start."