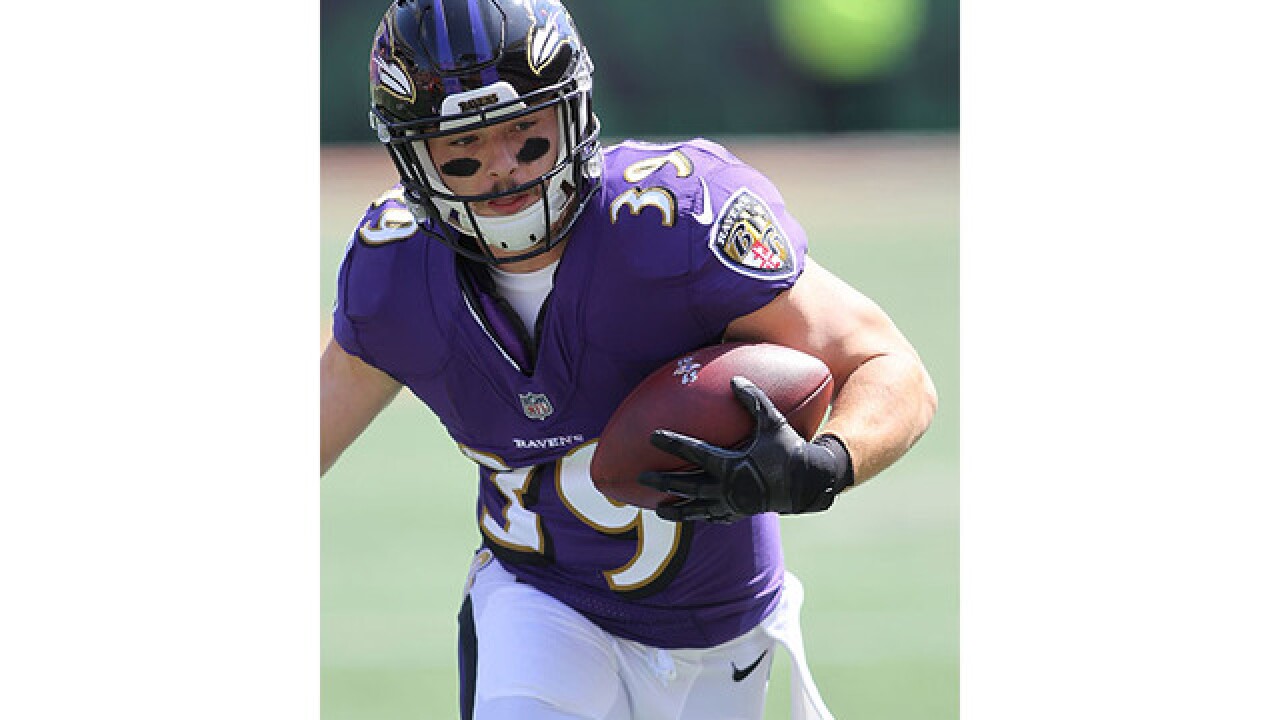 The Baltimore Ravens have released running back Danny Woodhead, who was slowed by a hamstring injury in his only season with the team.

Woodhead missed eight games in 2017 after being hurt in the opener. He finished with 14 carries for 56 yards and 33 catches for 200 yards but did not score.

The move, announced Tuesday, freed up salary cap room for Baltimore before the start of free agency on Wednesday.

The 33-year-old was signed as a free agent by the Ravens last March. He previously played for the New York Jets, New England and San Diego.