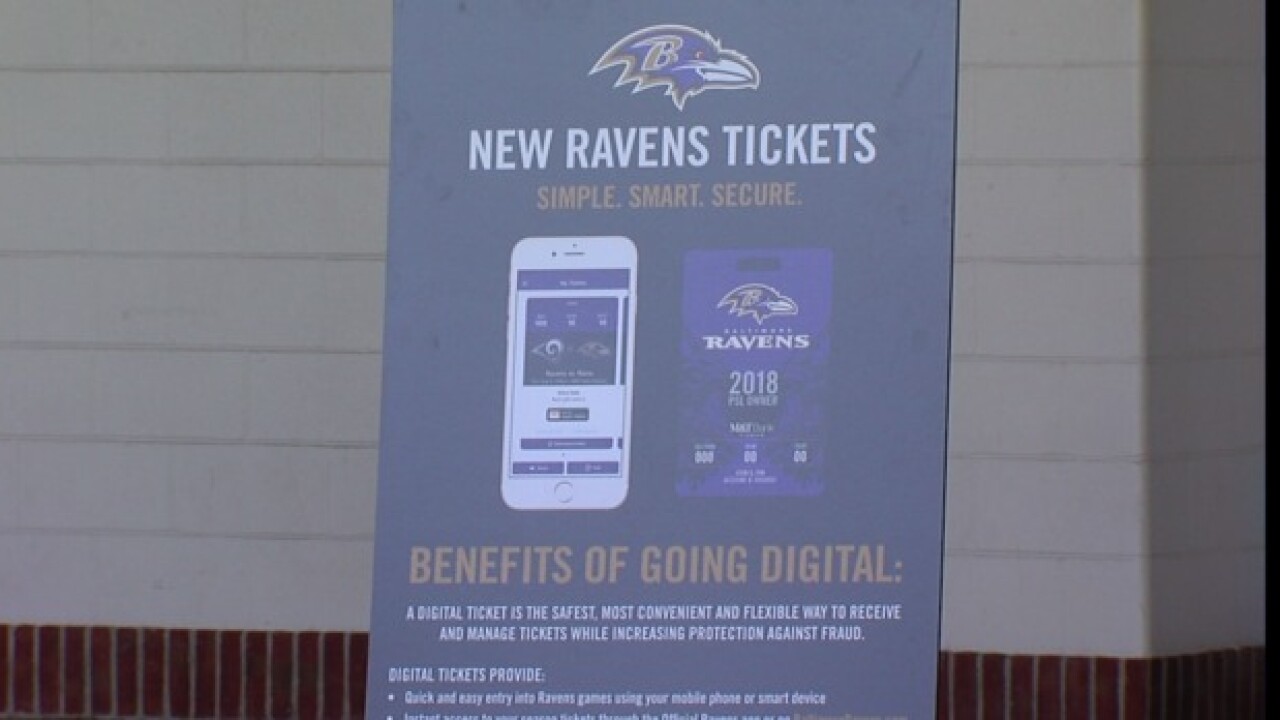 The Ravens are going digital with new ways for fans to access their tickets this upcoming season.

Fans will have to either use their smartphone or a PSL owner card to get into games.

“This is another step forward in our mission to enrich the gameday experience and deliver convenience for our fans,” said Ravens Senior Vice President of ticket sales and operations Baker Koppelman. “Ultimately, this will streamline access to the stadium and make the overall ticketing experience more efficient.”

Fans can save their tickets to their phone and scan them at the gate. Mobile tickets are best for those sharing season tickets or bringing guests to games and want to send tickets. For season ticket holders, PSL owner cards will be scanned like tickets at every game.

“We’re paralleling the world, which includes the sports, entertainment and airline industries,” said Ravens President Dick Cass. “This is an NFL initiative that all teams must implement by 2019, but we’re excited to move forward this season so our fans have a simple, smart and secure way to use ravens tickets.”

The first step to access digital tickets is to download the Ravens mobile app. iPhone users can save their tickets to Apple Wallet, Android users can save to their phone or Google Pay.

The Ravens also announced several upgrades to the stadium. They include increased wifi network capability, escalators, and elevators to the 500 level, an enhanced sound system, and improvements to concession stands and bar/lounge areas.