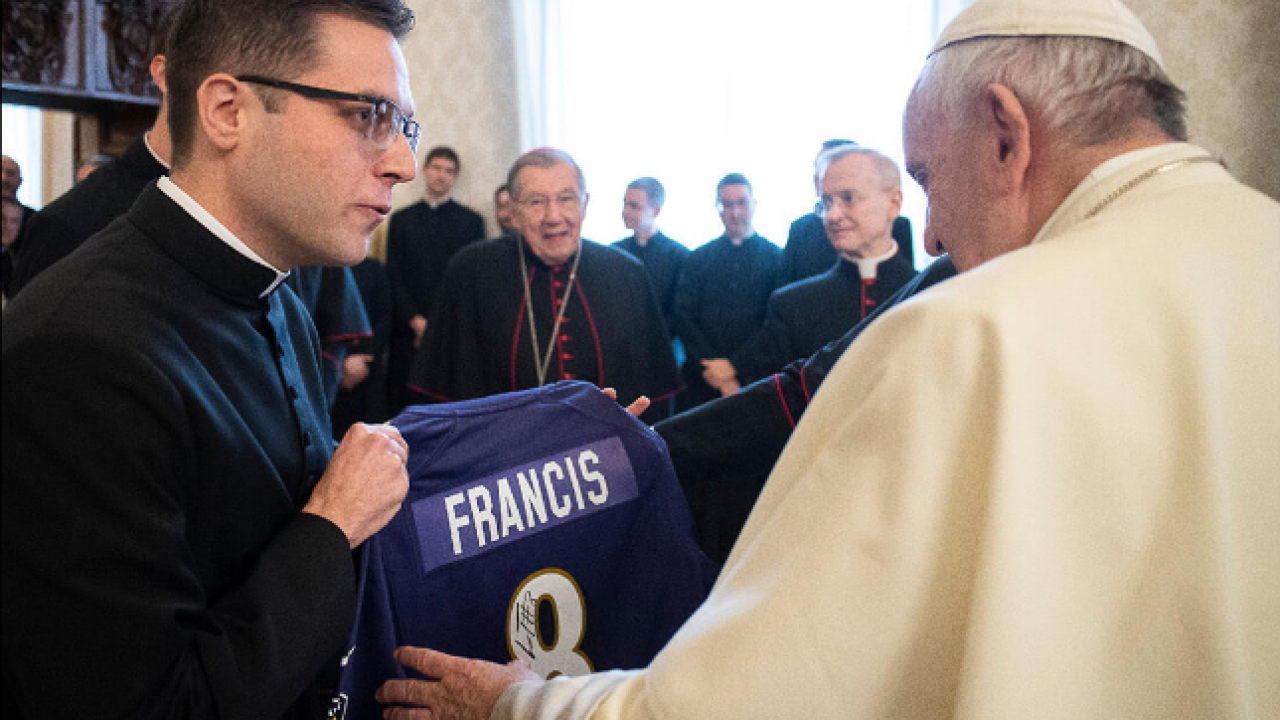 Archbishop William E. Lori speaks with Pope Francis as the pope is given a custom Ravens jersey in Vatican City on Dec. 3. (Courtesy Archdiocese of Baltimore) 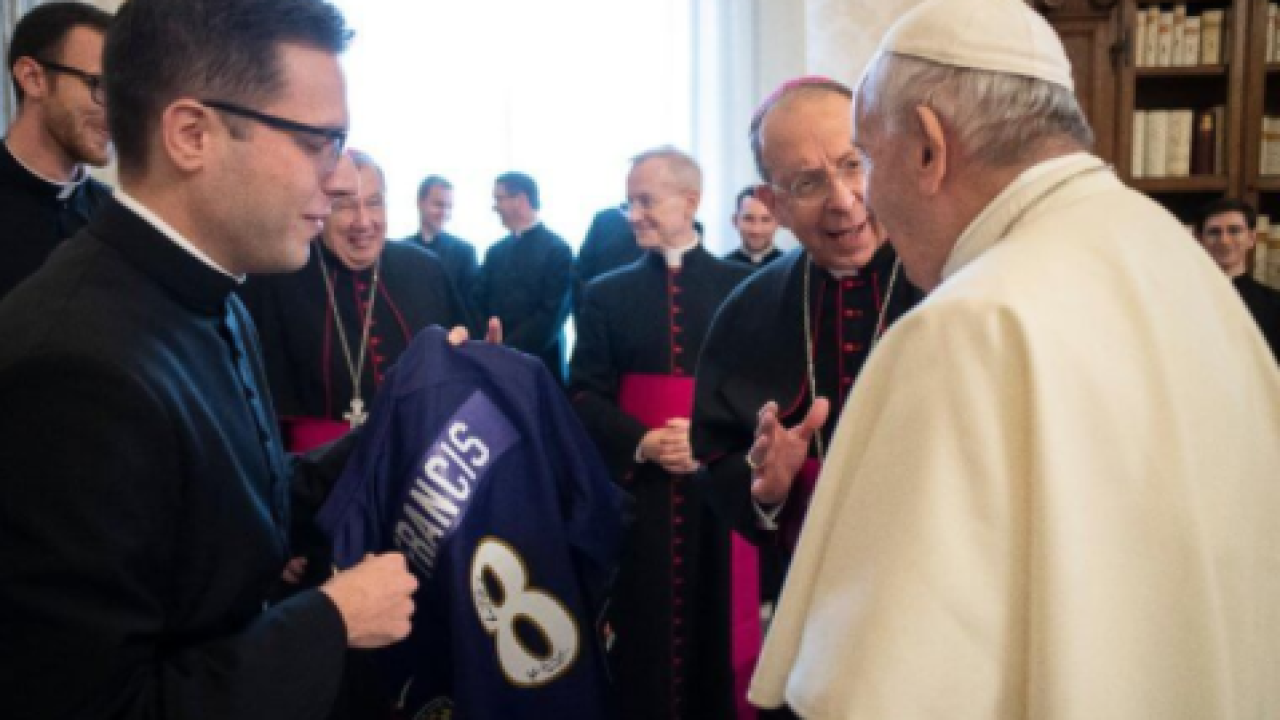 Pope Francis was presented with a signed custom Baltimore Ravens jersey on Tuesday at the Vatican.

The jersey was signed by head coach John Harbaugh and quarterback Lamar Jackson and given to the Pope during a visit from Archbishop William E. Lori, Deacon Justin Gough, and other members of the Archdiocese of Baltimore.

A “spiritual bouquet” was also gifted to Pope Francis during the visit. It's a book of prayers and greetings produced by the Archdiocese of Baltimore, in celebration of the 50th anniversary of Francis's priestly ordination.

In a letter published in the spiritual bouquet to Pope Francis, Archbishop Lori said the people of the Archdiocese of Baltimore “give thanks that throughout the 50 years of your own priesthood, you have shown us what it means to accompany others and bring God’s mercy to the ‘peripheries.”

The Baltimore Delegation is in Rome this week, along with bishops from surrounding regions for the “Ad Limina” visit, which happens every few years and gives leaders the chance to deliver detailed reports about their dioceses to the pope.