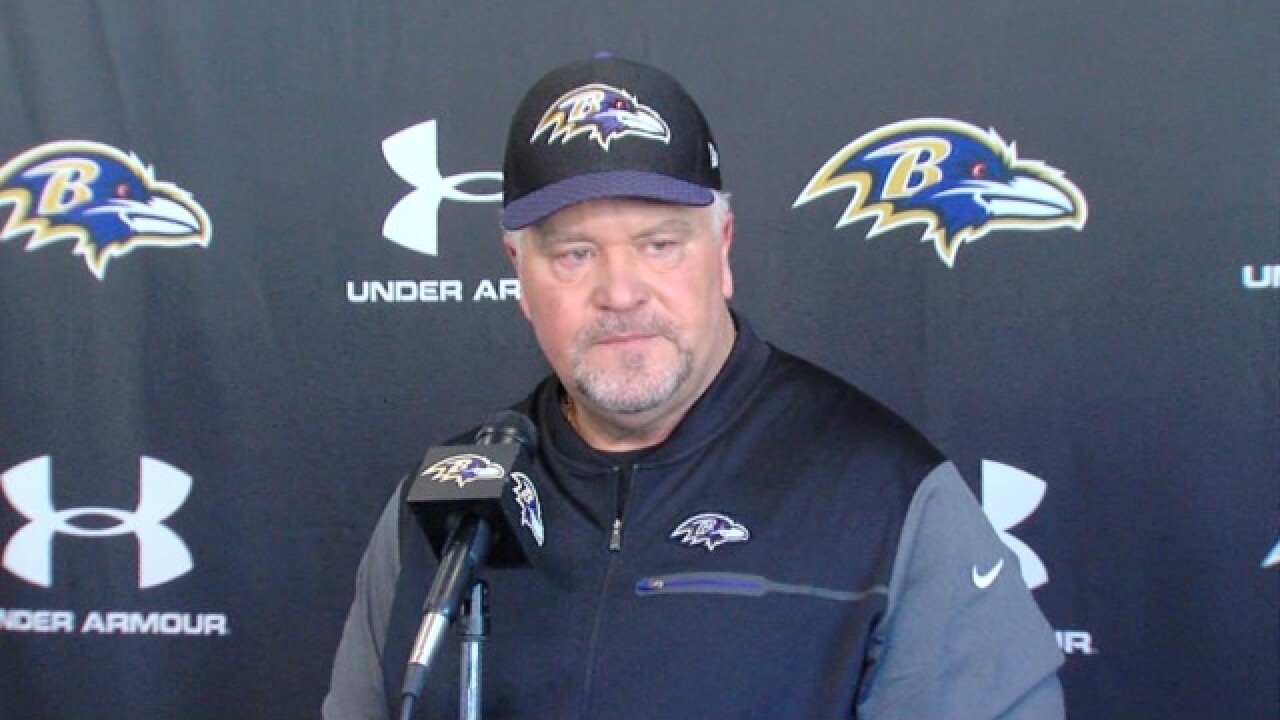 Don Martindale wondered if he would ever get a second chance to be an NFL defensive coordinator after his one-and-done disaster with the Denver Broncos in 2010.

The Broncos went 4-12 that season and gave up more points (29.4 per game) and yards (390.8) than any team in the league. Those miserable numbers, not surprisingly, cost Martindale his job.

He latched on with the Baltimore Ravens in 2012 as linebackers coach. After working diligently with several stars, including Ray Lewis, Terrell Suggs, Zachary Orr and C.J. Mosley, the 54-year-old Martindale last week was promoted to defensive coordinator.

To say he's pleased to be in charge of an NFL defense again would be a profound understatement.

"Without a doubt," Martindale said Thursday. "My family knows it. Everybody knows it. My players know it. I can't wait."

His performance in Denver eight years ago is hardly worth putting on a resume, but Martindale believes it was a worthwhile experience.

"Even though the stats were what they were, I was really proud with how we played," he said. "I'm glad I went through that process because I think that makes me a better coach today. It's like I tell my guys: You either win or you learn."

Martindale's new job with the Ravens carries the responsibility of overseeing a unit that has long been among the best in the NFL, thriving under notable leaders such as Marvin Lewis, Rex Ryan, Chuck Pagano and Dean Pees, who retired on Jan. 1.

"I've been preparing for this job all my life," Martindale said. "It's very humbling, but I understand the pressure and I look forward to the challenge."

Martindale takes over a defense that this season ranked 12th in net yards allowed, first in takeaways (34) and sixth in fewest points allowed (18.9). He has no plans to revamp the unit or change the philosophy, especially since head coach John Harbaugh stressed the need to retain continuity before launching his search for Pees' replacement.

Martindale will, however, put his own stamp on the unit.

"I think personality-wise, and just calls, there's going to be some things that are the same. And then there are going to be sometimes where I'm going to pressure more," Martindale said. "I just think I have a more aggressive personality in calling the game. Sometimes, too aggressive. That's some of the things I've learned from the past."

His most daunting task will be finding a way to make the defense to come up big late in the game. In 2016, a fourth-quarter collapse in Pittsburgh cost Baltimore a playoff berth. This season, a fourth-down touchdown pass in the final minute by Cincinnati quarterback Andy Dalton bounced the Ravens from the postseason chase.

"Our mantra has always been to finish," Martindale said. "We're close. Obviously, the last two years, it's been the last play that's knocked us out of it. We are going to work diligently -- all of us -- with our package and situational football.

"That's going to be the next step, I think, that will skyrocket us. That's the big thing that I see. We were really good. Let's make it great."