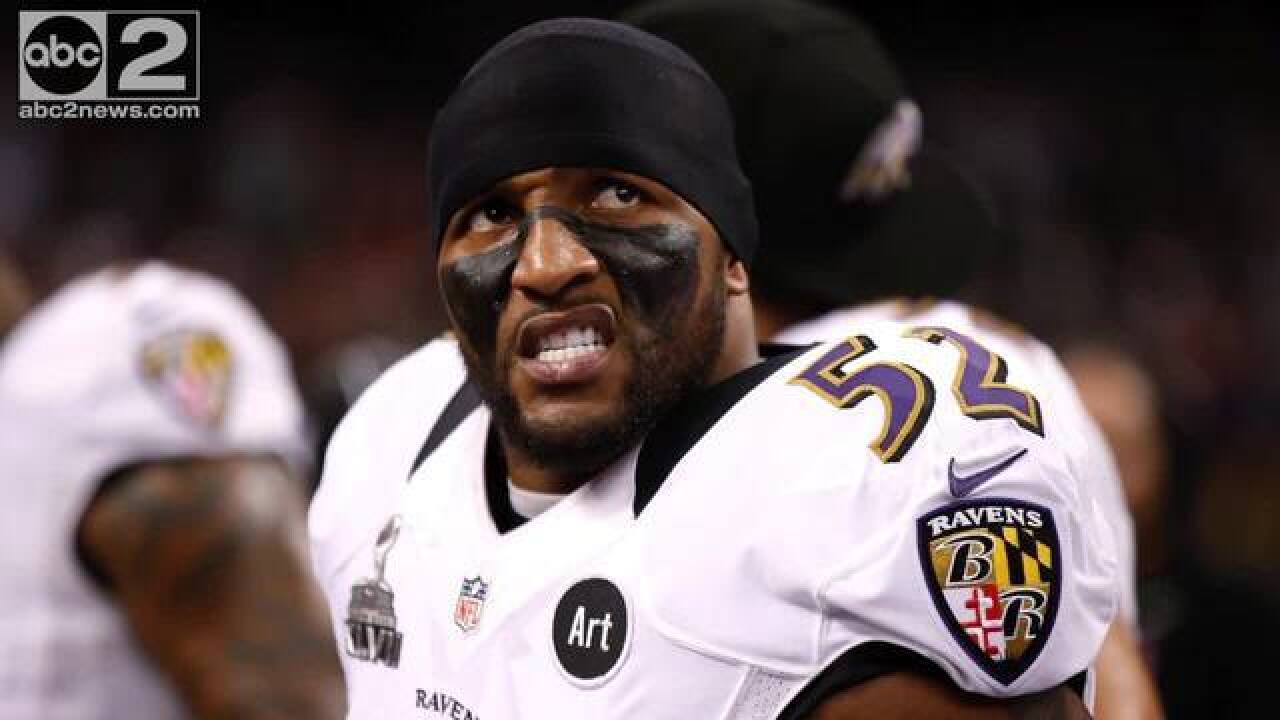 Ray Lewis will head to Canton later this summer

The former Ravens linebacker learned Saturday he would officially be inducted into the Pro Football Hall of Fame in his first year of eligibility.

After the announcement, praise for Lewis came flooding in from current and former Ravens.

"Obviously, there is nobody more deserving." said Ravens owner Steve Bisciotti. "He made people around him better, which is the greatest compliment that you can give anybody in football, and he clearly was that guy.”

“Ray represented Ravens Football perfectly," said Ravens Head Coach John Harbaugh. "He established what it means to Play Like a Raven, which has become a standard we believe in and our fans understand. It was an honor to coach Ray on the field and to maintain our friendship off it."

RELATED: Meet the man who will make the Pro Football Hall of Fame case for Ray Lewis

Lewis retired after the Ravens won the Super Bowl in 2013. He was drafted in the first round by the Ravens during their inaugural draft in 1996. During his 17 year career, Lewis as named All-Pro 10 times, played in 13 Pro Bowls and won two Super Bowls.

“For 17 years, we could point to No. 52 and tell the other players: ‘Follow his lead. Practice like Ray practices. Prepare like Ray prepares. Be a great teammate like him,’" said Ravens General Manager Ozzie Newsome. "It was our privilege to have him as a Raven. We are all better for having him here.”

Lewis is the only player in NFL history with at least 40 career sacks and 30 career interceptions. He also holds the Ravens' franchise-record with 2,643 career tackles.

“I believe my big brother is one of the greatest football players to ever put on a uniform," said former Ravens safety Ed Reed. "Everything he displayed about the game – on the field and off the field – by being a leader and a constant professional truly set a great example for those around him. Honestly, I think he could still play."

“What the fans saw of Ray Lewis on Sundays is what we saw every day, every meeting, every workout, every practice – that unabridged passion for the game and excellence," said former Ravens Head Coach Brian Billick. "We congratulate him on what is truly a worthy Hall of Fame induction.”

Lewis and the rest of the 2018 Hall of Fame class will be inducted August 4 in Canton during the Hall of Fame Enshrinement Week.