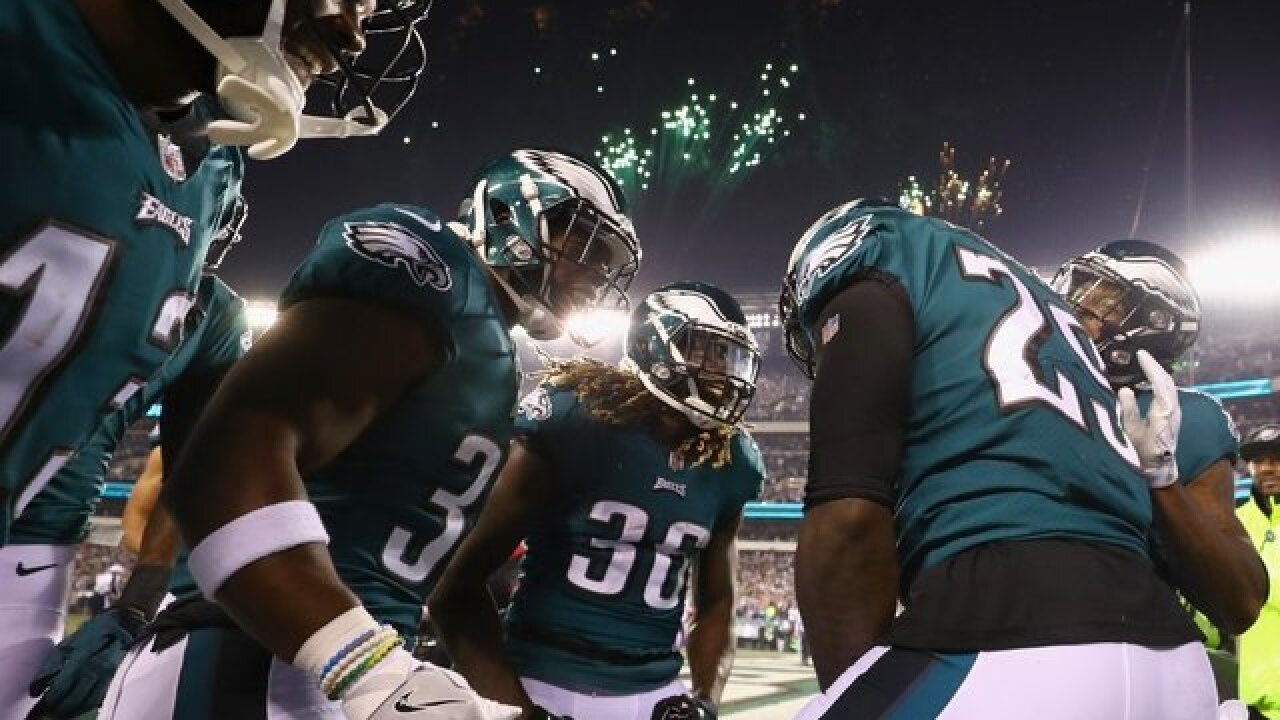 Philadelphia Eagles defensive backs Malcolm Jenkins and De'Vante Bausby stayed in the tunnel during the national anthem before the Super Bowl rematch against the New England Patriots. Their declining to appear for the anthem comes a week after the two players raised their fists in protest in the exhibition opener.

Defensive lineman Michael Bennett stayed in the locker room last night, NBC Philadelphia reported on Twitter. A picture tweeted by the station showed Jenkins and Bausby bowing their heads as they looked out toward the field.

Jenkins and Bennett have been among the most vocal NFL players protesting racial inequality during the pregame playing of the "Star-Spangled Banner." The NFL Network tweeted a video of Jenkins coming out for warmups wearing a shirt that said, "YOU AREN'T LISTENING."

There were no player protests before the other two preseason games last night: Jets-Redskins in Landover, Maryland, and Steelers-Packers in Green Bay, Wisconsin.