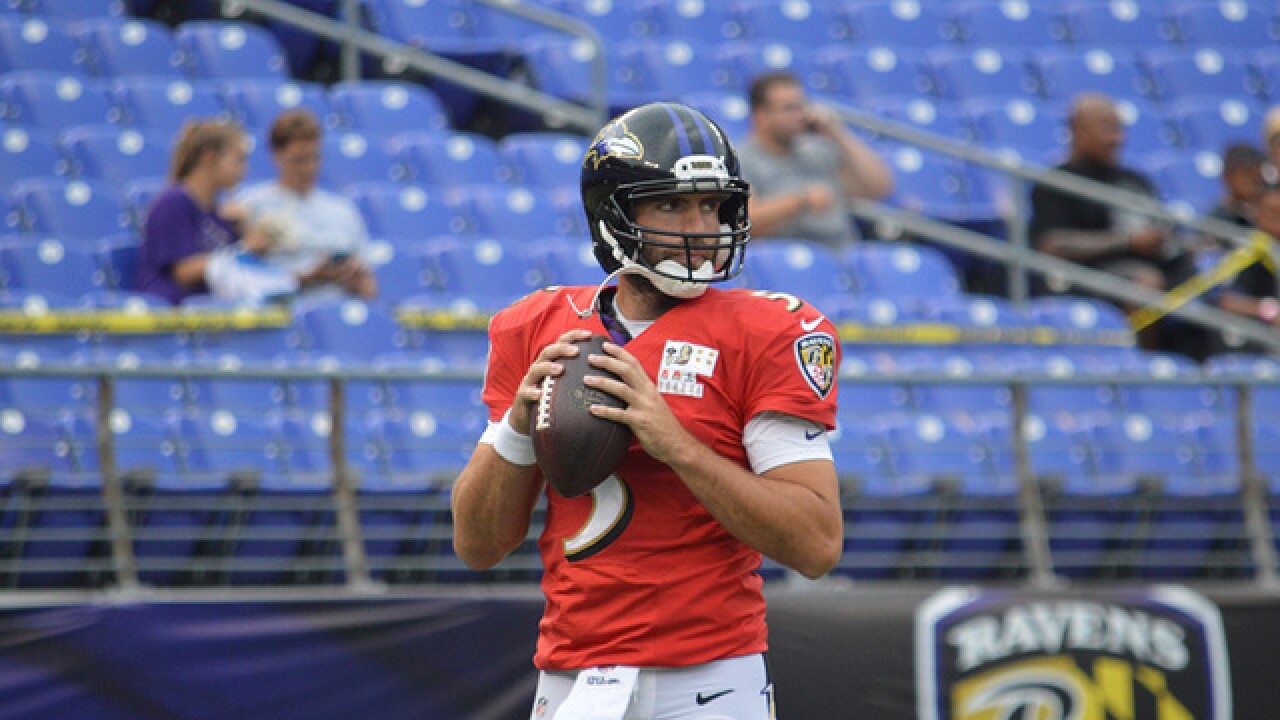 Dr. Kevin Crutchfield, like many Baltimoreans, watched Thursday as number five took a slide, but not before a crushing hit.

"The shape of the helmet is specifically designed to have helmets bounce off each other, not stay stuck together because that would be maximal transfer of force," Crutchfield said.

The Ravens independent consultant for concussions says the hit on Joe Flacco in the Ravens' game against the Miami Dolphins is one that could've been much worse.

Crutchfield says league protocol that takes players out of games when they show concussion like systems, protects the players themselves.

"That's why the protocols have us take the players out because they may not know how dysfunctional they are. Especially if they bang on the front part of their brain," he said.

A bang that's a transfer of force into the tissue of the brain -- altering the brain's chemistry.

Crutchfield says because Flacco lost his helmet on the play, it actually saved him from a bigger injury.

"If you see two heads collide and one head turns and some of that force is in the helmet flying off, that force would've been imparted into the brain had the helmet stayed on," he said.