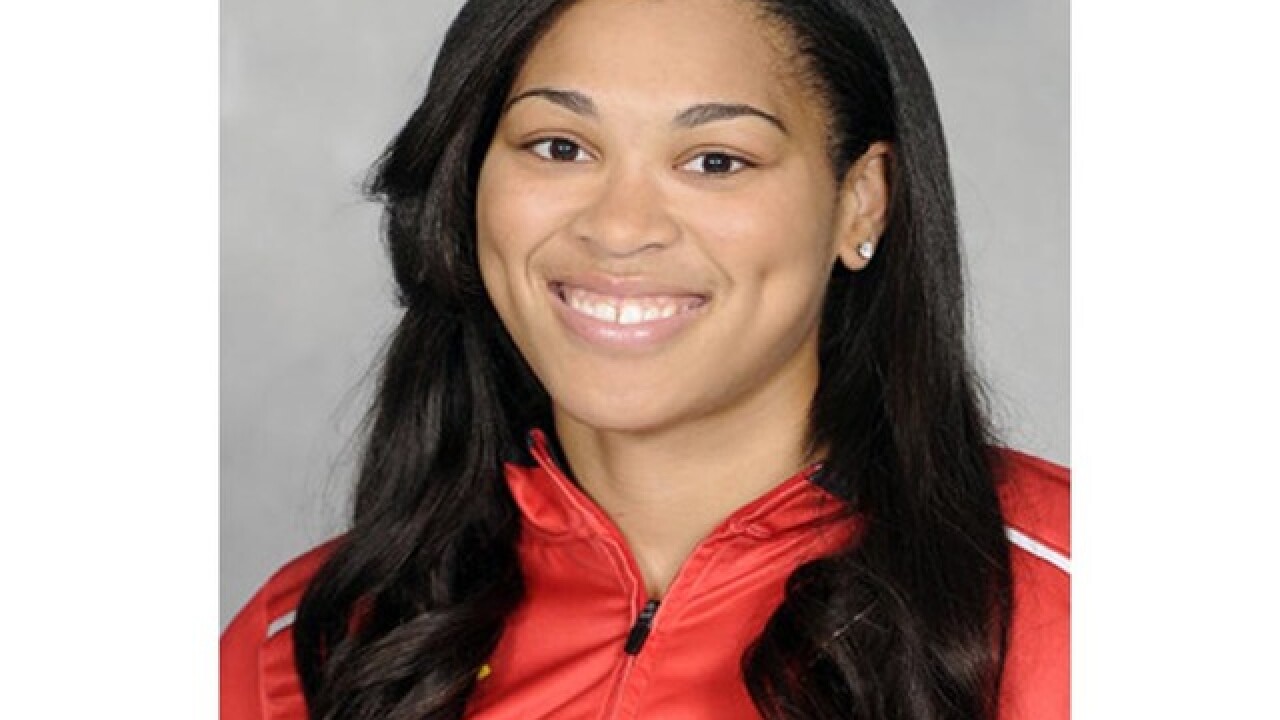 A Havre de Grace native and member of the University of Maryland women's basketball team has been named co-Big Ten player of the week, her second career honor.

Senior Brionna Jones averaged 23 points, 13 rebounds and 68 percent from the field on the week.

Against No. 1 Connecticut Thursday, she went 6-for-7 from the field and 7-for-9 from the line for 19 points and 13 rebounds with two blocks and a steal. Nine of her points came in the fourth quarter.

In the Terps' Big Ten opener at Minnesota Sunday, Jones scored 27 points with 13 rebounds, and added four steals, three assists and three blocks. She scored 17 of her points in the second half of the game.

Jones is leading the Terrapins in scoring and rebounding this season with 18.3 points and 10.0 boards per game. She is leading the league in rebounding. She is averaging 66.3 percent (106-160) from the field.

Jones earned her first conference Player of the Week honor on Dec. 12.

She shares this honor with Hallie Thome of the University of Michigan.

The Terrapins are ranked No. 3 in the Associated Press poll and in the USA Today Division I Coaches poll.

The Terps will play Nebraska at 8 p.m. Wednesday.