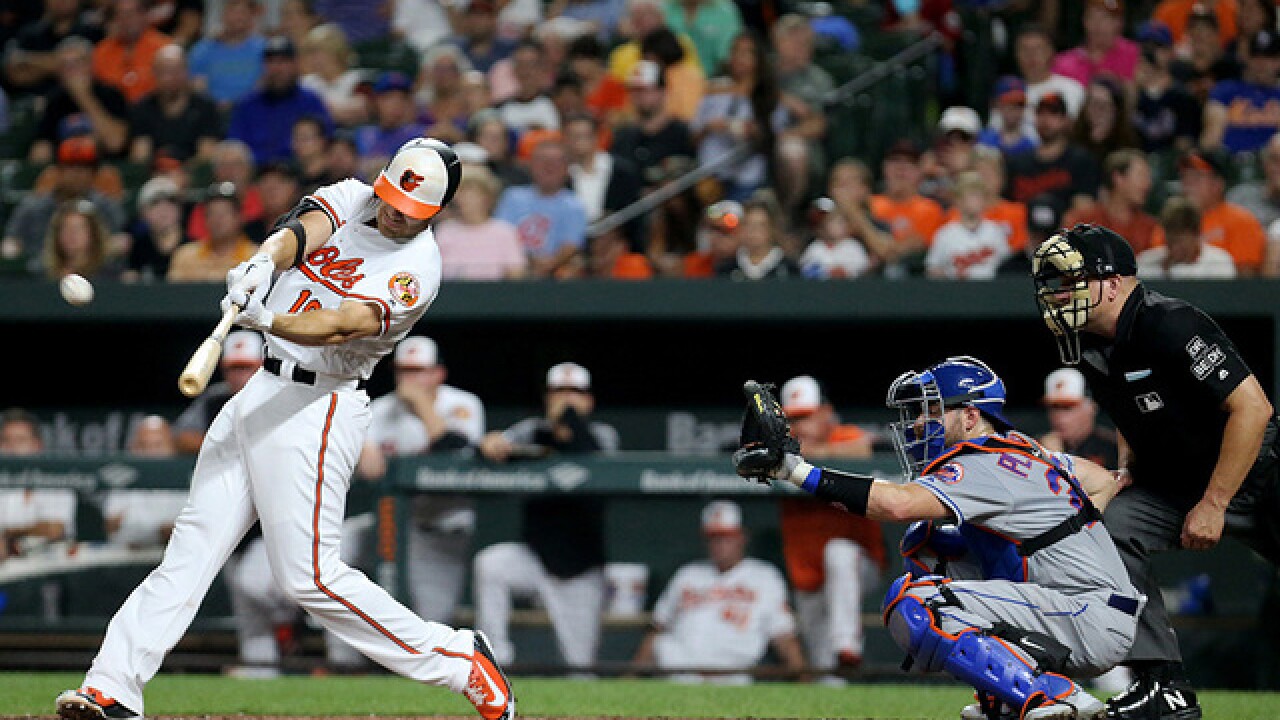 Copyright 2018 Scripps Media, Inc. All rights reserved. This material may not be published, broadcast, rewritten, or redistributed.
<p>The Orioles topped the Mets 6-3 Tuesday night at Camden Yards. Chris Davis nudged his paltry average a little higher with a 2-4 night that included a home run. Adam Jones also went 2-4 with a long ball. The O's are 3-0 against the Mets with another match up Wednesday night in Baltimore. <em>(WMAR 2-News photo by Zach Babo)</em></p>

Though Chris Davis may be having a historically rough year at the plate, his contributions off of it have not gone unnoticed.

The Orioles announced Tuesday that Davis is the team's nominee for the Roberto Clemente Award, presented annually by Major League Baseball to a player who exemplifies Clemente's legacy of being a contributing teammate on the diamond, in the clubhouse, and in the community. Each team nominates a player for the honor, and the 2018 nominees all have been actively involved in their local communities and abroad.

The nominees will be evaluated by a "blue ribbon panel" including MLB Commissioner Rob Manfred, Roberto's wife and MLB Goodwill Ambassador Vera Clemente, as well as representatives from MLB-affiliated networks and MLB.com, MLB announced in a release.

Formerly the Commissioner's Award, the accolade was renamed after Clemente in 1973, after the 15-time All Star lost his life in a New Year's Eve plane crash while attempting to deliver supplies to earthquake victims in Nicaragua.

The league-wide winner of the Clemente Award will be announced during the World Series.

"I am very proud of the great philanthropic efforts of our players," Manfred said in a statement. "Through wide-ranging work and actions, these 30 nominees honor Roberto Clemente's legacy of being exemplary community ambassadors. Roberto's unwavering humanitarian spirit continues to inspire our players and fans and serves as a positive example for future generations."