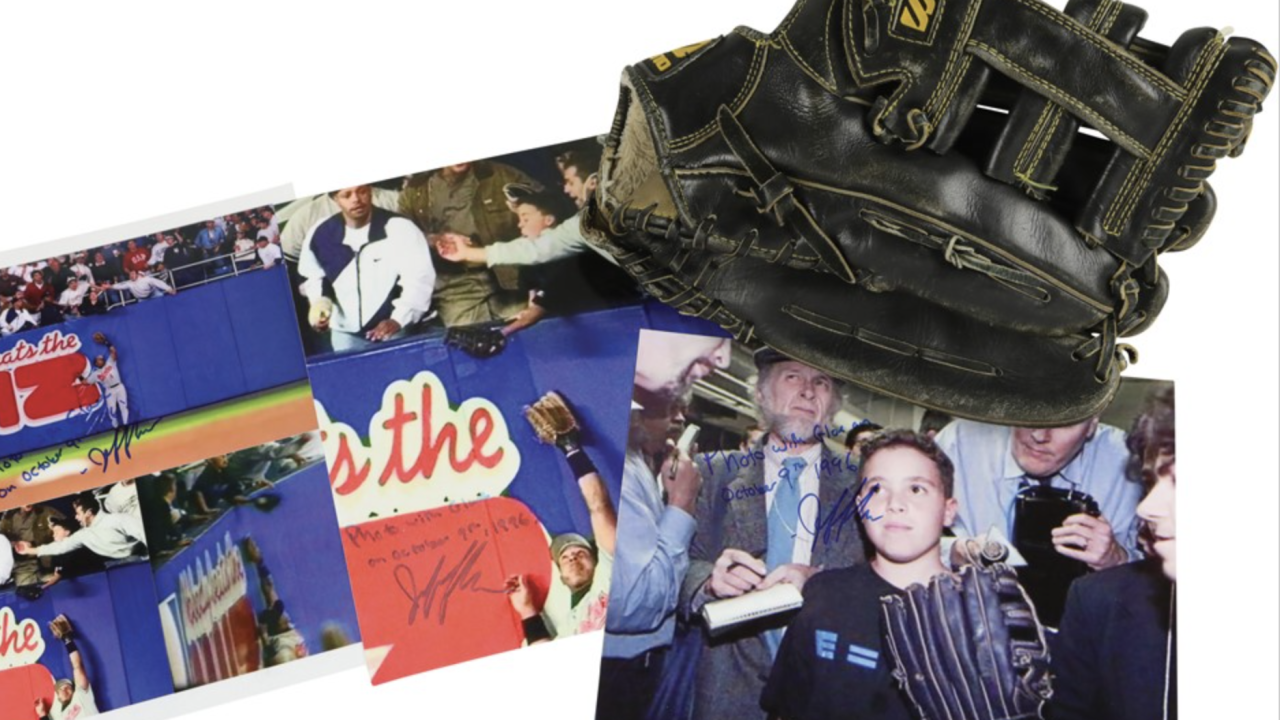 BALTIMORE — Jeffrey Maier, a name Baltimore Orioles fans will never forget from a controversial moment 24-years ago that still haunts them today.

Now the memory is relived again, this time at auction.

Picture it, game one of the 1996 American League Championship Series at the Old Yankee Stadium in the Bronx.

Baltimore was leading 4-3 in the bottom of the eighth inning, when Hall of Fame inductee Derek Jeter steps to the plate and launches a fly ball to right field.

Orioles outfielder Tony Tarasco thinks he has a track on it, when then 12-year-old fan Jeffrey Maier reaches out over the wall and catches the ball.

Is it a game tying home run or fan interference? That decision was up to umpire Richie Garcia, who ruled the play a home run.

Davey Johnson, the Orioles manager at the time was ejected from the game for arguing against the call, which some believe cost the team a trip to the World Series that year.

Baltimore went on to lose not only that game, but the series 4-1. Maier meanwhile went onto become nationally recognized for his involvement in the game.

Whether you like it or not, Jeffrey Maier is a part of baseball history.

So much that Lelands is auctioning off the black Mizuno glove used by Maier that day.

But if you want it, be ready to fork over lots of cash because the opening bid is $2,500.