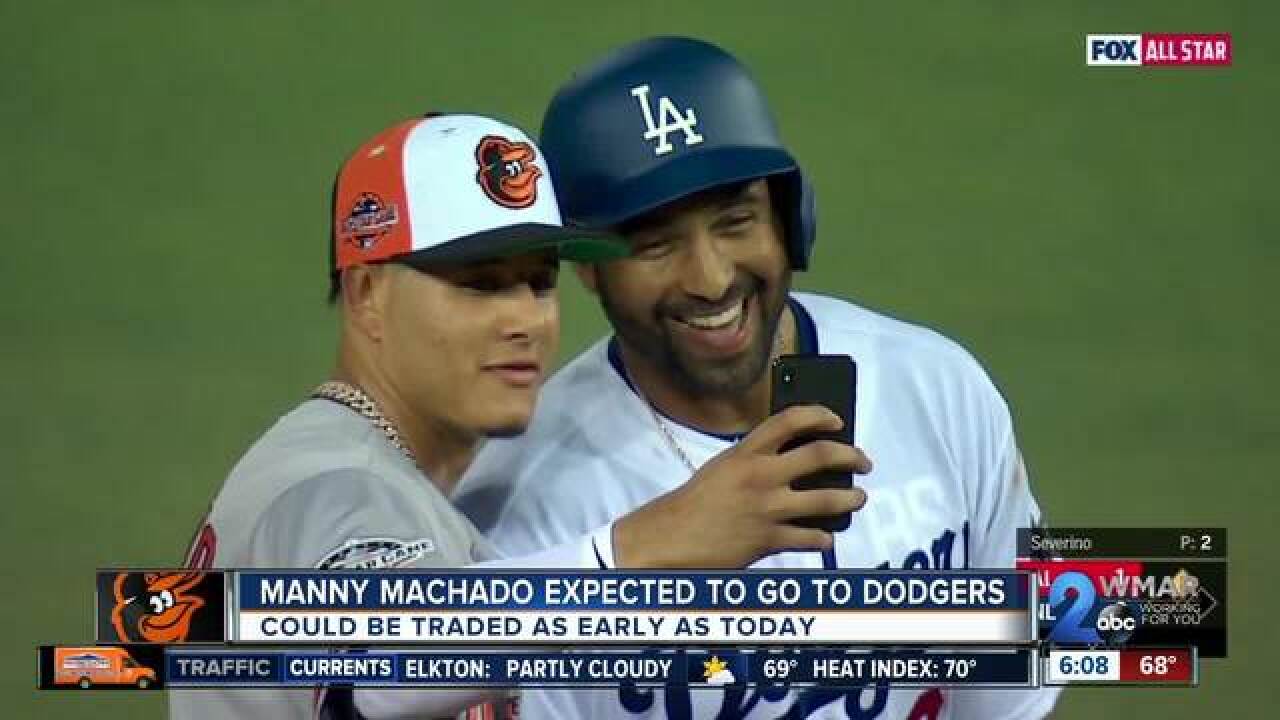 Wednesday could be Manny Machado's last day as a Baltimore Oriole as trade rumors are getting serious.

Tuesday night, Machado played in the all-star game as the only player representing Baltimore, which may be his final appearance in an O's uniform.

Trade rumors have been floating around for several weeks now about which team Machado will end up with, and now it's looking like there could be a trade in a place with the LA Dodgers.

While rumors have been floating around, the full return is still unknown at this time. This trade has not been finalized yet and the teams have not made an official announcement.

Earlier this week, WMAR-2 news caught up with Machado where he shared his thoughts on the situation and the possibility of leaving Charm City,

"I would love to test free agency but you never know what happens between now and then, but I am not even thinking that far ahead. No matter where I go I am probably going to try to help the team win in whatever way I can so I can try to make the postseason."

Things can be finalized as early as Wednesday and it's looking like Machado will probably not play in the Orioles next game this upcoming Friday.