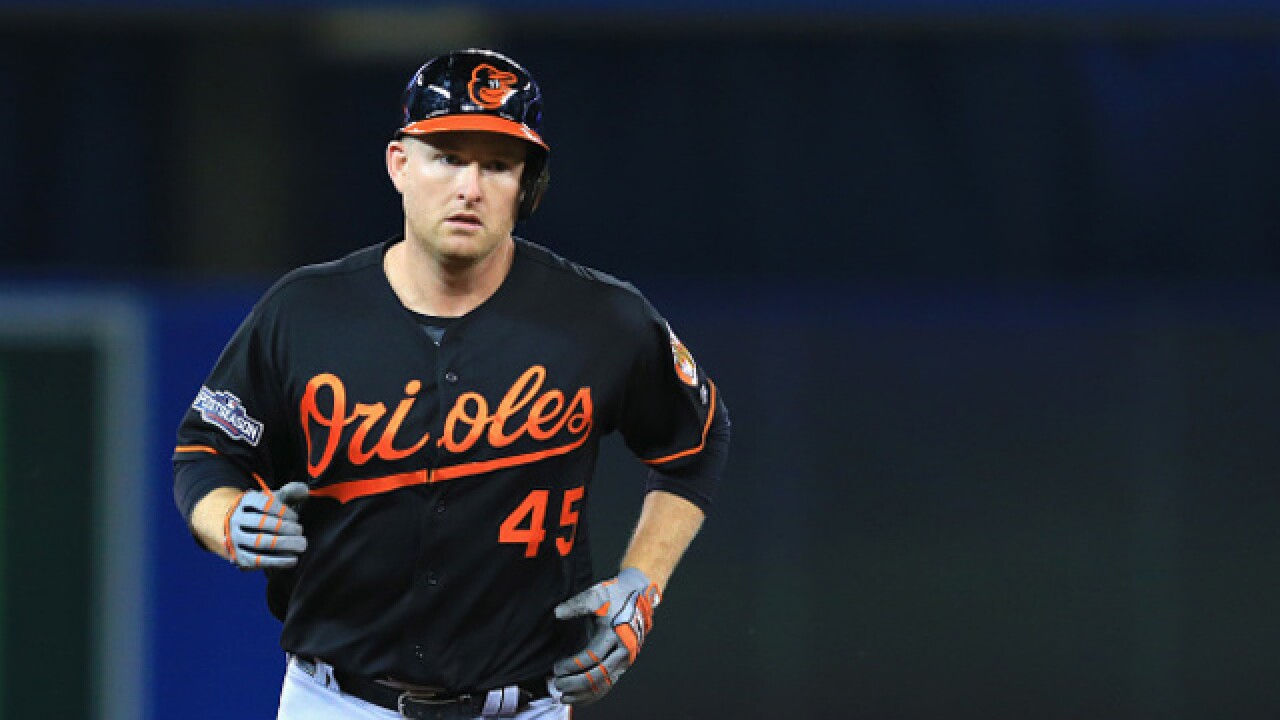 Copyright Getty Images
Vaughn Ridley
<p>Mark Trumbo #45 of the Baltimore Orioles runs the bases after hitting a two-run home run in the fourth inning against the Toronto Blue Jays during the American League Wild Card game at Rogers Centre on October 4, 2016 in Toronto, Canada. (Photo by Vaughn Ridley/Getty Images)</p>

Baltimore Orioles slugger Mark Trumbo will start the season on the 10-day disabled list with a strained right quad.

Trumbo missed a week with the quad injury and returned to action Wednesday against the New York Yankees. He felt discomfort after the game and had an MRI on Thursday.