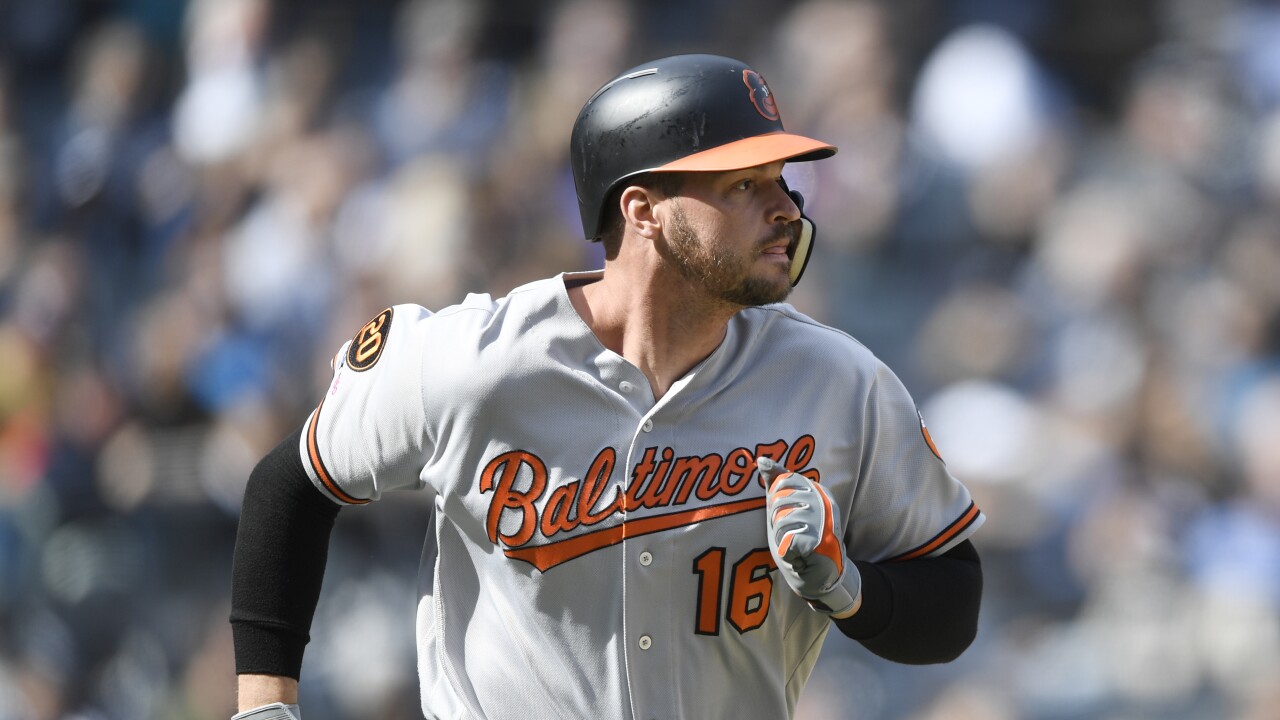 NEW YORK — Luke Voit hit a first-inning homer, Masahiro Tanaka finally got an opening day victory in his fourth try and the New York Yankees started the season with a 7-2 win over the Baltimore Orioles on Thursday.

Voit launched a three-run drive off Andrew Cashner (0-1), and Greg Bird added a solo homer in the eighth, the first big flies for New York a year after hitting a record 267 en route to 100 wins. Of course, that wasn't enough to catch the rival Boston Red Sox, who won 108 games and a World Series championship.

Tanaka became the first Japanese pitcher to start four openers, breaking a tie with Hideo Nomo. Tanaka allowed two runs, one earned, and six hits over 5 2/3 innings, striking out five without a walk. Tanaka had been 0-2 with a 9.49 ERA on opening days.

Brandon Hyde lost in his managerial debut with Baltimore. Hired to replace Buck Showalter, Hyde had just eight players at his disposal who also played in last year's Orioles opener. Baltimore had won its previous three opening games with walk-off hits, but the rally never came against Tanaka and New York's vaunted bullpen.

Fans wore ski caps and jackets with the first-pitch temperature at 48 degrees, but also needed sunglasses for the majors' earliest ever opening day in the U.S. A giant American flag was unfurled in center field, a few Orioles fans revealed themselves by shouting “O!” during the national anthem, and the sellout crowd roared after Mariano Rivera delivered the ceremonial first pitch. The longtime Yankees closer became baseball's first unanimous Hall of Fame selection in January.

“Today is a celebration of our sport,” Yankees manager Aaron Boone said before the game.

Just like the second half of last season, Voit was the life of the party.

The exuberant, oversized slugger hit his homer off the batter's eye in center field after Aaron Judge and Giancarlo Stanton both beat infield shifts with hard, groundball singles — Judge's at 108.4 mph, Stanton at 120.

Voit got a fourth RBI in the fifth when he was plunked with the bases loaded and also walked twice. Judge had two hits, free agent addition Troy Tulowitzki doubled for his first hit with the Yankees and every starter reached base at least once.

Catcher Jesus Sucre dropped a popup in the seventh, although Baltimore got away with that one when umpires invoked the infield fly rule and Yankees runners tried to advance, anyway. Voit was tagged out in a rundown for a 2-5-4-6-4 double play.

Chris Davis struck out in each of his three plate appearances, a rough day after a historically unproductive 2018. His .539 OPS was the worst by a qualified hitter since Matt Walbeck (.530) in 1994. Hyde pinch hit for Davis in the ninth against Aroldis Chapman.

It wasn't all bad. Mancini had three hits, and right fielder Joey Rickard robbed Gary Sanchez with a diving catch in the fifth.

Voit was in Triple-A with the Cardinals last opening day, a then-27-year-old with limited major league experience. He was traded to New York in July, hit 14 homers in 39 games down the stretch and became a fan favorite for his big biceps and boisterous home run trots.

It didn't take long for the “Luuuuuke!” chants to make a Yankee Stadium return. Fans serenaded Voit as he crossed home plate and gave leaping forearm bumps to Judge and Stanton.

The Orioles are wearing commemorative patches with Frank Robinson's No. 20 this season. The Hall of Famer died in February at 83.

The Yankees have black armbands on the left sleeve of their jerseys to honor former pitching coach and LHP Mel Stottlemyre. He died in January at 77.

Orioles: RHP Alex Cobb is recovering well from a right groin strain and is on track to pitch Baltimore's home opener April 4 against the Yankees.

LHP James Paxton makes his first start with the Yankees after being acquired from Seattle this offseason. Baltimore will use RHP Nate Karns as an opener, the first time in 2019 a reliever will start a game.