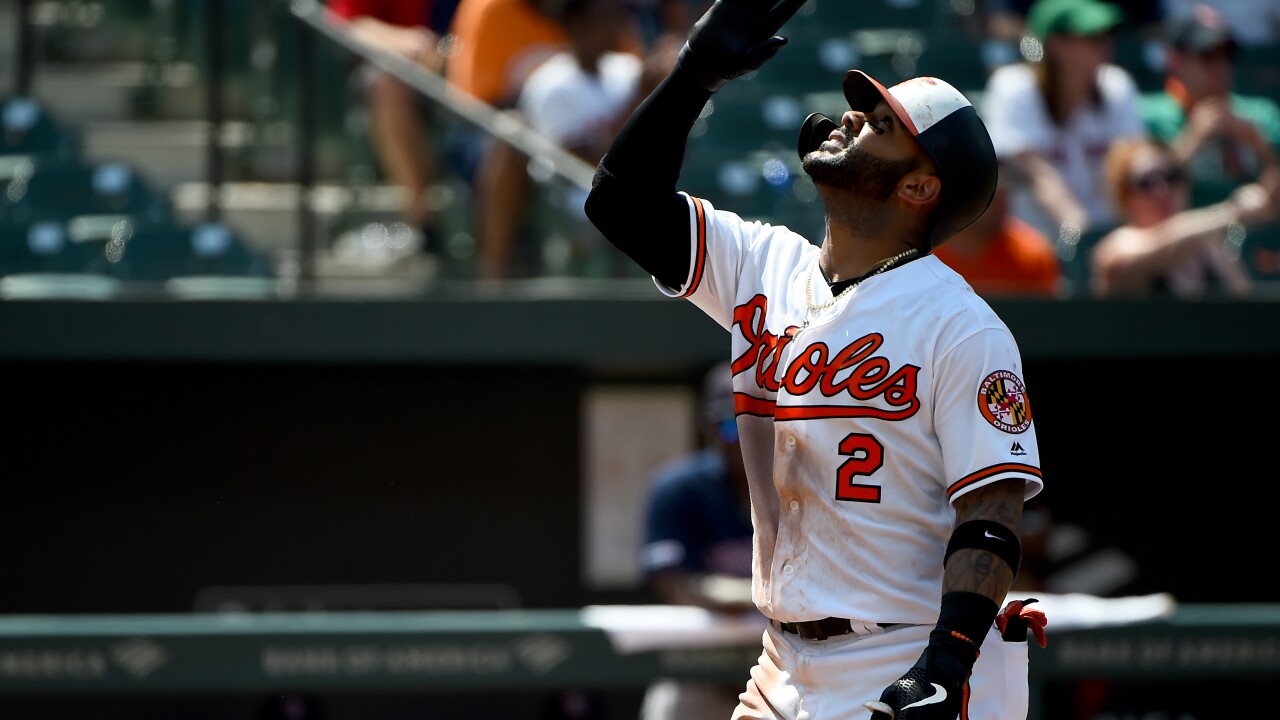 BALTIMORE (WMAR) — Though they lost 9 to 6 to the New York Yankees, one Oriole made history during Monday night's game.

Second baseman Jonathan Villar became only the fifth Orioles player in franchise history to hit for the cycle and third to do so at Camden Yards.

VILLAR CYCLE!@JRvillar6 becomes the fifth @Orioles player to hit for the cycle! pic.twitter.com/I7vwJ6OAkM

Villar, who came to the Birds last season as part of a trade with the Milwaukee Brewers for Jonathan Schoop, clinched the cycle by hitting a last minute single in the ninth inning.

In the third inning he got a triple out of the way, which normally is the most difficult hit to get in achieving the cycle. A double came in the fifth inning followed by a home run in the sixth.

With that, Villar became the first Oriole since Felix Pie on August 14, 2009 to hit for the cycle.

Before that former Oriole's Aubrey Huff, Cal Ripken Jr., and Brooks Robinson each hit for the cycle in 2007, 1984, and 1960 respectively.

Only four other players in all of Major League Baseball have hit for the cycle this season.