"If baseball returns in 2020, it will probably be without me" 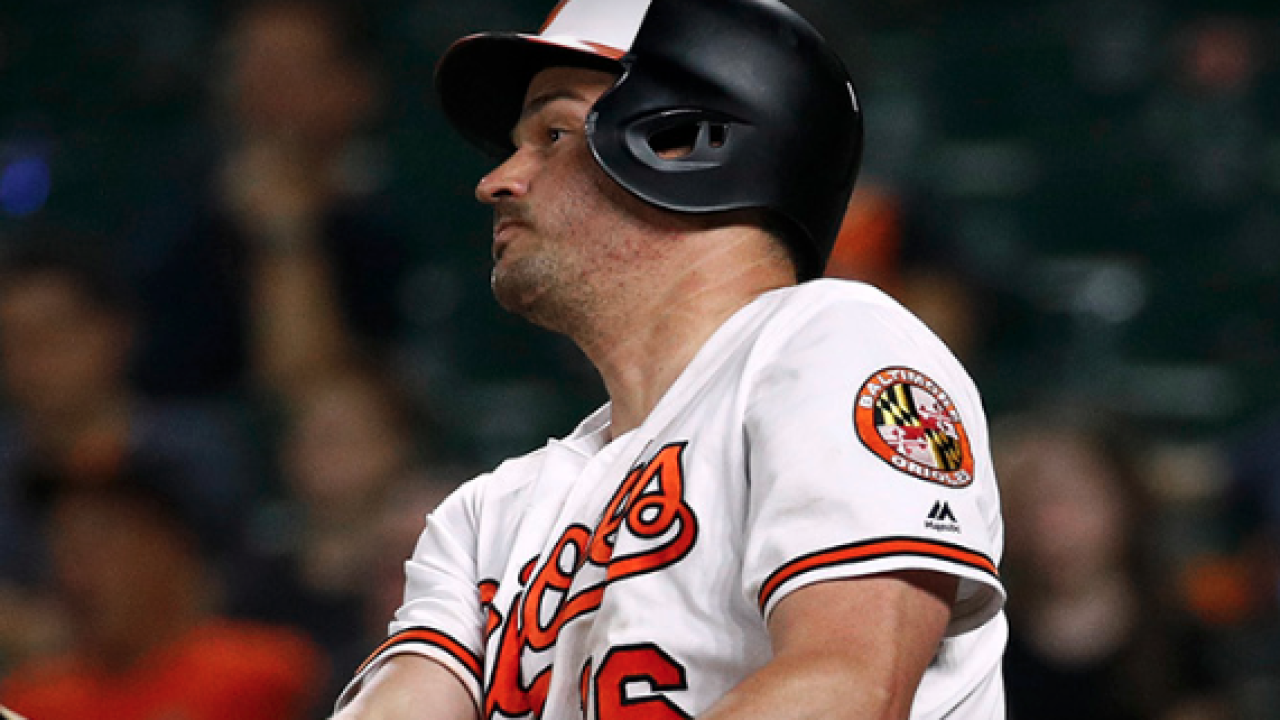 Mancini wrote about his battle in a personal in-depth article in Tuesday's Players' Tribune.

But when he underwent his first annual team physical, his iron levels came back low. That same day Mancini said he came down with the flu, and thought that could be the reason. However after a second blood test, the iron levels were even lower.

Doctors thought Mancini either had celiac disease or a stomach ulcer. Even though his dad was diagnosed with stage II colon cancer in 2011, it was unlikely Trey had it because he's only 27-years-old.

Describing himself as still woozy from an endoscopy and colonoscopy, Mancini awoke from the procedure with his girlfriend Sara holding his hand at his bedside with the doctor standing by. The doctor started by eliminating all the possible things it could have been. According to Mancini, he already knew what the doctor was getting at and that the situation was real. A malignant tumor was found in the colon.

Upon hearing the news, Mancini's parents drove two hours from their home in Winter Haven, Florida to Sarasota.

Even though he was surrounded by loved ones, Mancini remembers it still being a really tough and shocking time.

Mancini explained the diagnosis came following the best year of his career, in which he earned his first multi-million dollar major league contract.

He also detailed his experience of being treated in the age of COVID-19.

Mancini describes having to drive to his chemo treatments alone, because of new visitation policies amid the pandemic. In order to protect himself from being exposed, Mancini says he's trying to follow all safety protocols.

The treatment is expected to last twice a week over the next six months, meaning Mancini would be unable to play if baseball resumes in 2020.

"I’ve just had to quickly accept this as my new reality." Mancini wrote. "And I have a new challenge ahead of me now: Rather than facing Gerrit Cole on Opening Day, I’m going to have to go through chemo."

Gaba is blind and has survived multiple bouts of cancer. He and Mancini have become personal friends over the last couple of years.

"The 13-year-old kid with cancer calling me to make sure I’m O.K.? It blew me away," Mancini wrote.

Overall, Mancini said the process has made him appreciate the smaller things in life.

"It’s given me an appreciation for a lot of things that I’ve always had, but that were getting overlooked as I went about my day-to-day life. Going through something like this had really made me understand all my blessings."

But in the end, Mancini thanks the Orioles for being the reason he found out about the cancer so quickly.

"Without the Orioles I never would have caught this before it may have been too late. There was really no indication that anything was wrong other than me just feeling a little more tired than normal. Everything that comes up when you google colon cancer? I didn’t have any of it. And so without that second blood test I probably would not have discovered the tumor until I had a total blockage of my colon. Instead, from the day I was diagnosed to when the tumor was removed was just six days — March 6 to March 12."