Businesses offering freebies when Chris Davis gets a hit 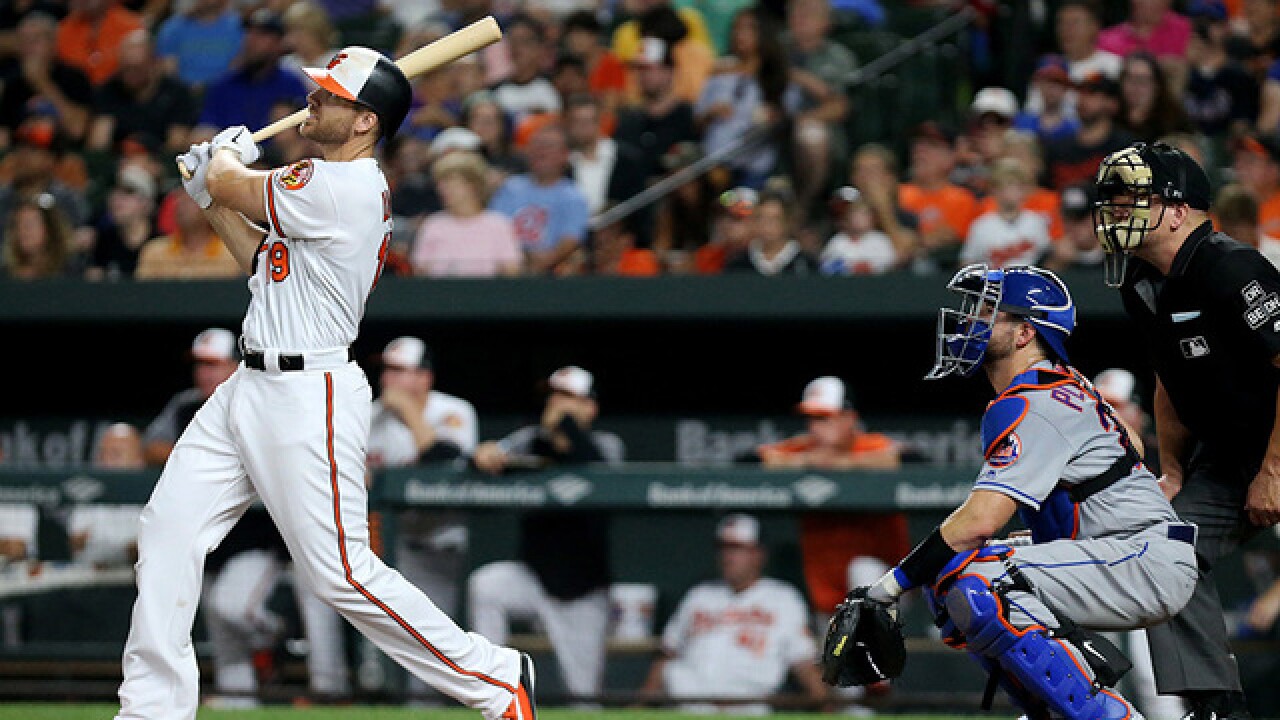 Copyright 2018 Scripps Media, Inc. All rights reserved. This material may not be published, broadcast, rewritten, or redistributed.
The Orioles topped the Mets 6-3 Tuesday night at Camden Yards. Chris Davis nudged his paltry average a little higher with a 2-4 night that included a home run. Adam Jones also went 2-4 with a long ball. The O's are 3-0 against the Mets with another match up Wednesday night in Baltimore. <em>(WMAR 2-News photo by Zach Babo)</em>

Chris Davis is in the Major League Baseball record books but not for a good reason. The first baseman broke the all time hitless streak record earlier this week with 49-consecutive plate appearances without a hit, surpassing former Giants and Dodgers infielder Eugenio Velez, who held the record of 46 since 2011.

Now some businesses are offering fans freebies when Davis get his first hit of the season.

Lee's Pint & Shell in Canton is offering a two-hour open bar when Davis gets a hit. There are stipulations. You must be in the bar by the start of the game to enjoy the open bar.

Power Plant Live tweeted that they will give away 1,000 Smirnoff orange crushes the Friday after Davis gets his first hit. They'll give away 1,500 crushes on that Friday if the hit is a home run.

It's been a crushless season & we are over the wait! We want our Crush Davis back! When he breaks his hitless streak we will be ready to celebrate! We will give away 1,000 Smirnoff Orange Crushes on the Friday after his first hit & 1,500 crushes if it's a home run! #Ibackthebirds pic.twitter.com/ZKma0hQnTs

The hitless streak dates back to September 14 of last season, when Davis got his last hit against James Shields of the White Sox.

Davis has not played in the last two games of Baltimore's series against the Athletics. WMAR-2 News' Shawn Stepner says he's expected to play in Thursday afternoon's game. First pitch is scheduled for 12:35 p.m.