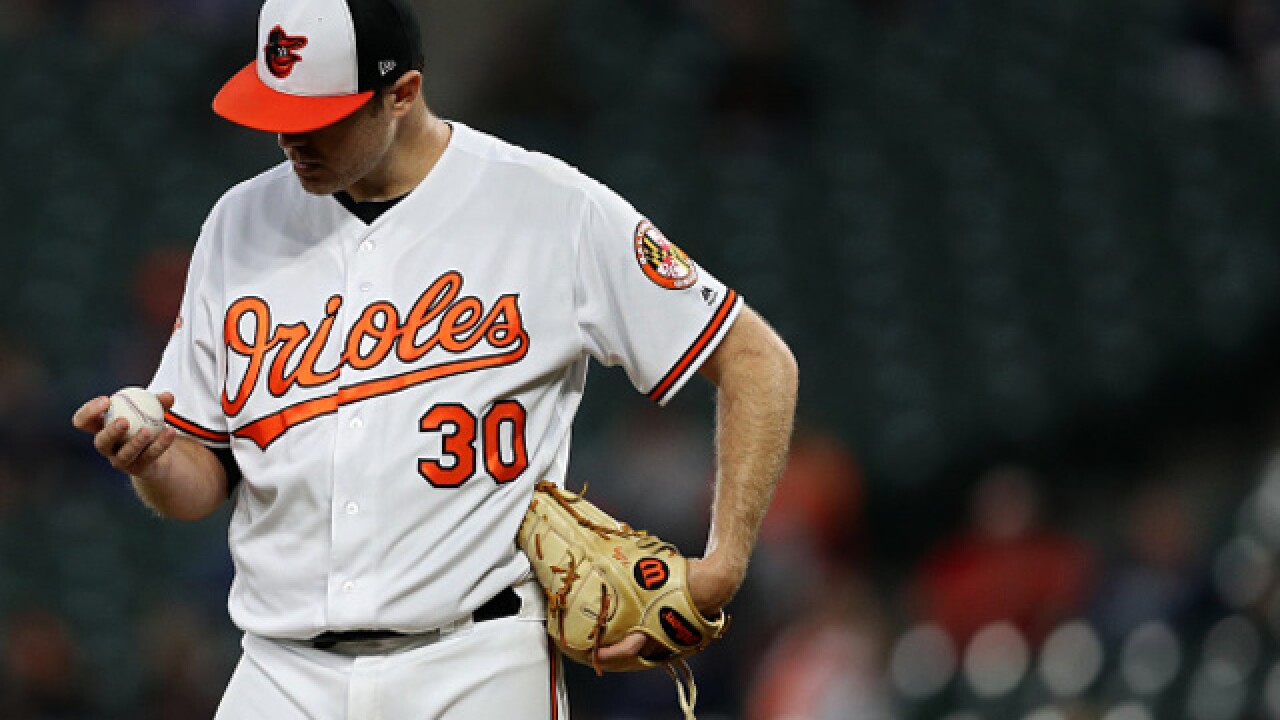 Copyright 2017 Scripps Media, Inc. All rights reserved. This material may not be published, broadcast, rewritten, or redistributed.
Patrick Smith
<p>BALTIMORE, MD - MAY 30: Starting pitcher Chris Tillman #30 of the Baltimore Orioles looks at the baseball during the third inning against the New York Yankees at Oriole Park at Camden Yards on May 30, 2017 in Baltimore, Maryland. (Photo by Patrick Smith/Getty Images)</p>

SARASOTA, Fla. (AP) -- A person familiar with the negotiations says pitcher Chris Tillman and the Baltimore Orioles have agreed to a $3 million, one-year contract.

The deal includes performance bonuses, the person told The Associated Press on condition of anonymity Monday because the deal had not yet been announced.

Tillman was 1-7 with a 7.84 ERA in 19 starts and five relief appearances last year. He would be the second starter added by the Orioles in the past week after right-hander Andrew Cashner.

The 29-year-old right-hander lives in Sarasota and had been working out at the Orioles' facility before spring training. Manager Buck Showalter watched Tillman throw and was impressed.

"Better than he did last year at this time. I think he's got the chance to pitch well for somebody this year," Showalter said. "A lot of the challenges he had last year -- this time last year -- aren't there. Somebody's going to reap the benefits."

"He's a guy when he's healthy you can bank on him giving you 200 innings and keeping his ERA between a 3 and a 4," Gausman said. "That in the AL East is always going to be very valuable."