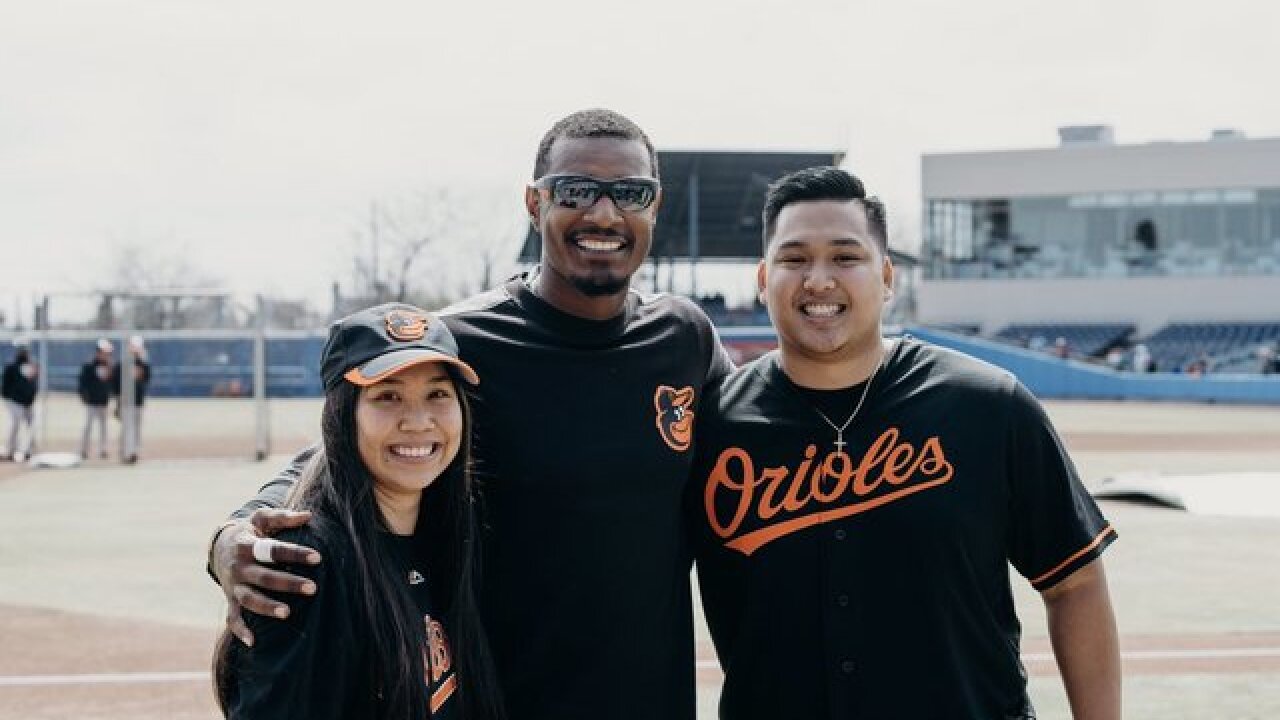 Copyright 2018 Scripps Media, Inc. All rights reserved. This material may not be published, broadcast, rewritten, or redistributed.
<p>Gabriel Diaz (@gbrl.dz)</p> 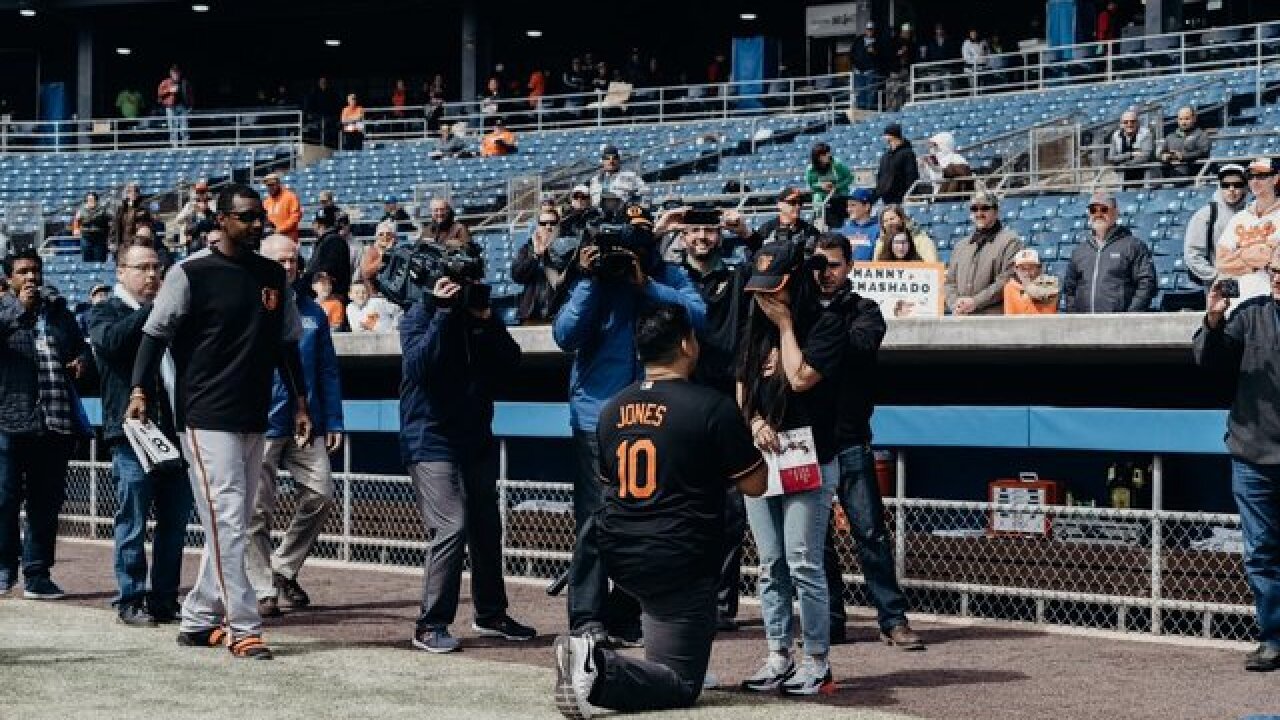 No one connects with fans better than Orioles's Adam Jones, so it's no surprise he went above and beyond to help make a fan's wedding proposal one to remember.

Before Monday's exhibition game against Norfolk Tides, Daniel Diaz reached out to the center fielder on Instagram asking if he could do a quick video of him saying "Daniel has a question for his girlfriend Kristine." Instead, Jones had a better idea, he suggest instead of a video recording how about they do it in person.

Just as promised right on the diamond Jones helped Diaz pull off a surprise proposal to his girlfriend Kristine Dixon, and she said yes!