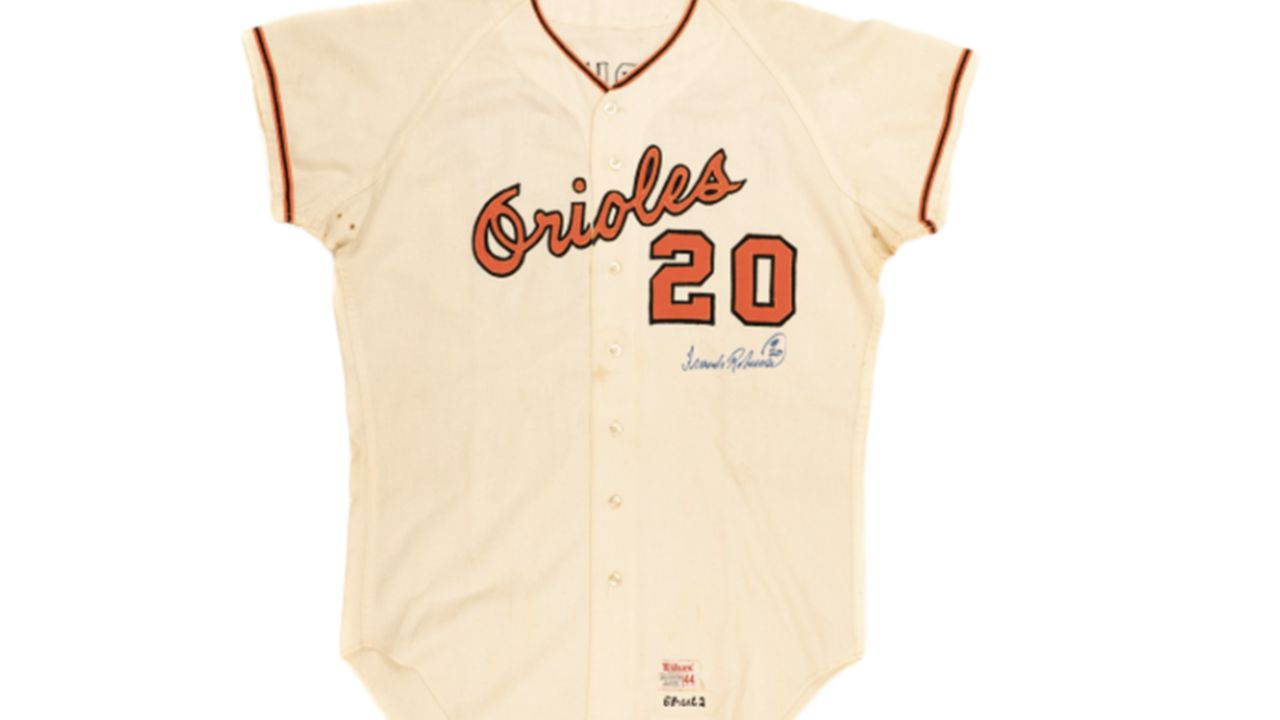 BALTIMORE — A Baltimore Orioles home jersey worn by Hall of Fame outfielder Frank Robinson was auctioned on Sunday for more than $38,000 by Robert Edward Auctions.

The white flannel jersey is lettered "Orioles" across the front and features the number "20" on the left breast and reverse.

Robinson batted .252 with 15 home runs and 52 RBI in 1968. One of the game's greatest sluggers, Robinson is still the only player in history to win the MVP Award in each league and his lifetime total of 586 home runs ranks tenth on the all-time list.

In 1975, Robinson broke one of baseball's long-standing color barriers by becoming the first African-American Major League manager in baseball history when he accepted that position with the Cleveland Indians. He was elected to the Hall of Fame in 1982.