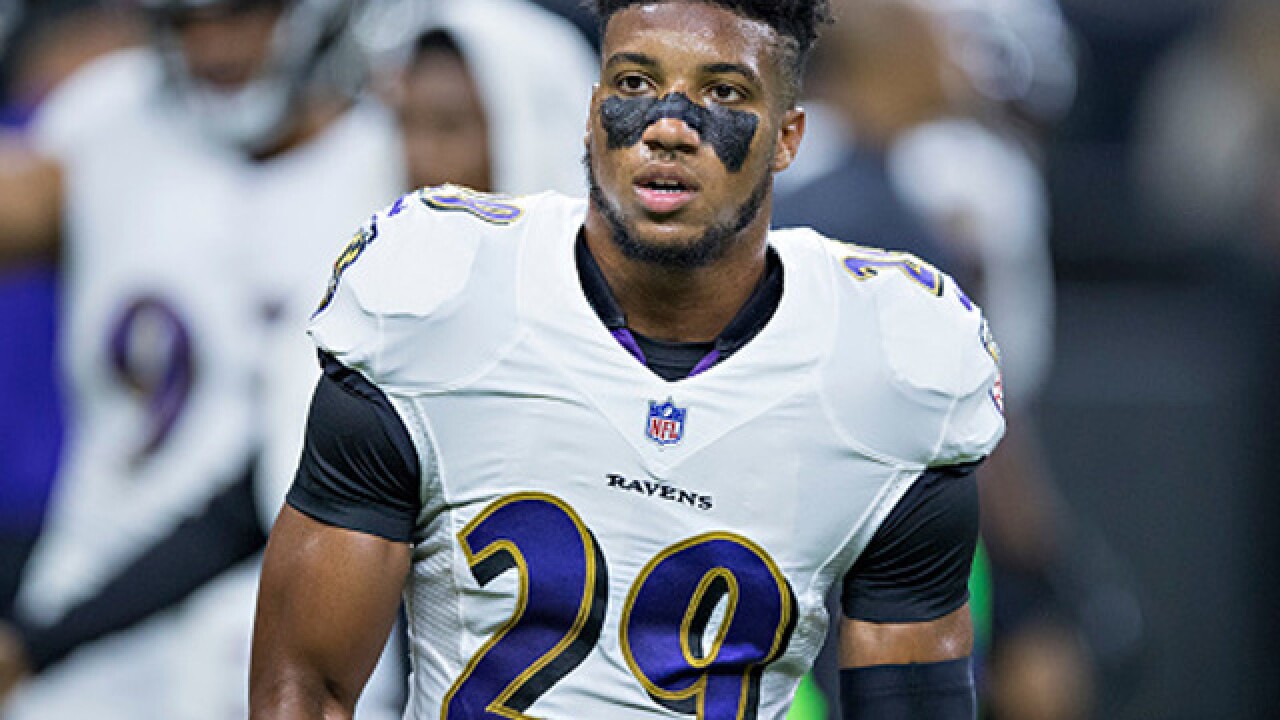 Baltimore Ravens cornerback Marlon Humphrey was arrested for theft in Tuscaloosa, AL for an incident that happened on January 13.

A police report from the University of Alabama Police department said they were called for theft of a phone charger and possible harassment.

According to the report, the charger was worth $15. A USA Today report, said Humphrey took the charger from an Uber driver and elbowed the driver when he tried to get it back.

The Ravens released a statement:

Marlon told us that it was a misunderstanding regarding a $15 telephone charger, which he thought was his. Our understanding is that he has been interviewed by University of Alabama Police and is cooperating. We are monitoring the situation.

He is charged with third degree robbery.

He formerly played at the University of Alabama.

Humphrey has not released a statement. He sent out this tweet on Thursday.