Regis Philbin’s Funeral Will Be Held At His Alma Mater, Notre Dame 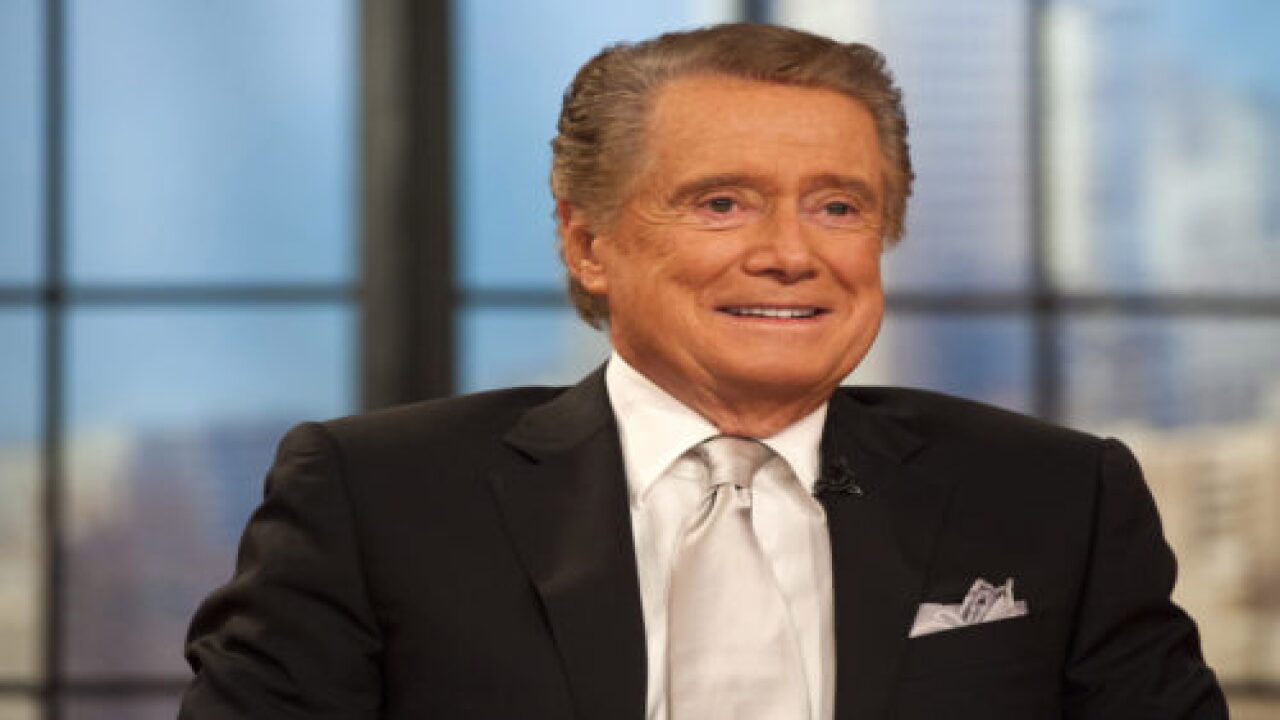 Television legend Regis Philbin died on July 24, just a month before his 89th birthday. The famed host of morning talk shows and “Who Wants to Be a Millionaire” died from a myocardial infarction due to coronary artery disease.

Philbin’s funeral service will be at his beloved Notre Dame University in South Bend, Indiana, and he will be buried on campus at Cedar Grove Cemetery, the South Bend Tribune reported.

Fans of “Live! with Regis and Kelly” were well aware of his love for Notre Dame. In fact, he had even invited the school’s mascot, the Leprechaun, onto the show once to bring the Fighting Irish some luck in their game against Army at Yankee Stadium.

Philbin is one of Notre Dame’s most famous alumni, and as a proud Notre Dame football superfan, he spoke highly of the coaching staff (even though five-foot-seven Philbin wasn’t on the team).

“Three coaches at Notre Dame made a big difference in my life, not that I played any football when I attended Notre Dame,” Philbin said in a 2011 interview with AARP Magainze. “But Frank Leahy, Ara Parseghian and Lou Holtz — they all made a difference to me, and I respected them for their attitudes about life and how they handled loss.”

Philbin followed the team — and other coaches — over the years. In the photo below, Philbin spoke with Notre Dame football coach Bob Davie at a 1999 football practice.

Philbin graduated from Notre Dame in 1953 with a B.A. in sociology and returned to South Bend often for games, pep rallies, concerts and other events, the Tribune reported.

In 2011, he donated $2.75 million to Notre Dame to help them create a performing arts theater. Philbin Studio Theater is an experimental theater that also serves as a theater lab for drama students at Notre Dame.

He also gave the commencement address for the class of 1999 and received an honorary doctor of laws degree.

But his philanthropic work extended beyond campus. The Tribune reported that Philbin also hosted a number of fundraisers for the Center for the Homeless in South Bend.

Along with being a dedicated Notre Dame alumnus, Philbin was a born-and-bred New Yorker, and he spent most of his career in the city while hosting his iconic morning shows “Live! With Regis and Kathie Lee” and “Live! With Regis and Kelly.” As such, his family is asking his fans to please direct their charity to New Yorkers in need by donating to Food Bank for New York City.

“Regis’s family is overwhelmed by the outpouring of love we’ve received,” reads a statement from his family, according to People. “If you’d like to honor Regis’s memory, we kindly ask that you make a donation to https://foodbanknyc.org/, to help people in need in his beloved New York, especially his home borough of The Bronx.”

Philbin had four children. He shared daughters J.J. Philbin and Joanna Philbin with his wife of 50 years, Joy Philbin, and daughter Amy Philbin and son Daniel Philbin, who died in 2014, with his first wife, Catherine Faylen.