Coping with the pandemic while managing addiction 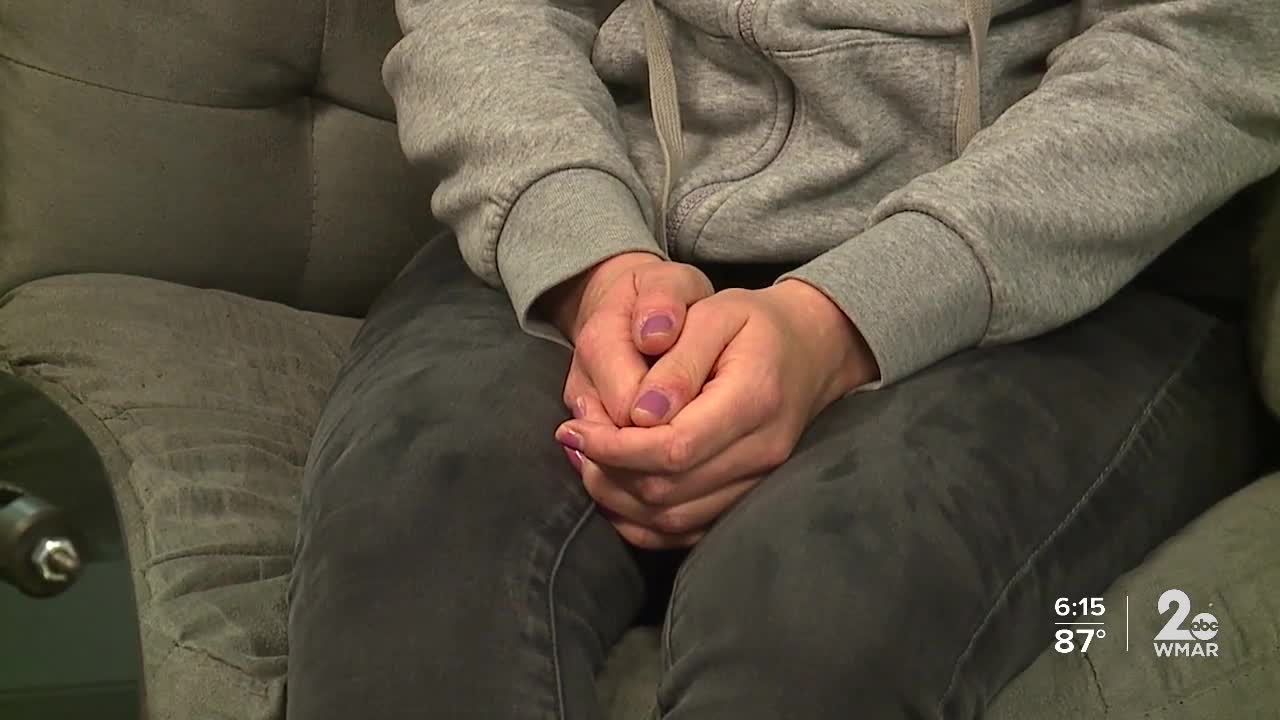 Addiction treatment center counselors are seeing more and more people turn towards alcohol to relieve their pain brought on by the pandemic.

BALTIMORE COUNTY, Md. — Addiction treatment center counselors are seeing more and more people turn towards alcohol to relieve their pain brought on by the pandemic.

WMAR-2 News spoke with a woman who was sober for two years before the stress of coronavirus outbreak caused her to relapse and then seek help.

Many people have had a difficult time making their way through the pandemic including a woman who calls herself ‘Nicole.'

She’s not showing her face or using her real name to protect her identity as she shares her story.

Nicole said “I have an 8-month-old daughter, so I had just gotten back to work from my leave when I got the phone call that I was no longer needed."

While some businesses were ordered closed or struggling during the outbreak, others were allowed to stay open and booming.

“I think it's incredible that liquor stores are essential, being isolated at home really affected my sobriety,” Nicole said.

“I turned to alcohol as my only coping skill to deal with stress, to deal with isolation, and loneliness,” Nicole said.

Nicole is not alone in her feelings. For people with an addiction like her, alcohol was the cure for all of those problems and her pain.

“It would numb them. Ideally that was the point to just suppress, get rid of those feelings temporarily, but you know, when you wake up in the morning, they're all still there,” Nicole said.

After two weeks of drinking, Nicole knew she needed to reach out for help but she quickly realized something else.

It’s a fact which made the path to recovery complicated.

“The backbone of my recovery is meeting with people and being able to talk about my problems on a day to day basis. Without doing that, I was left by myself to sort of figure these things out. Obviously, I can pick up the phone and call someone but it's just not the same,” Nicole said.

She called Amatus for help, and soon Nicole discovered Foundations Recovery Center was not only open but it was taking patients.

Amatus admissions coordinator Chris Farrell said "we've added on some extra employees to help knowing that we we're going to be still having new admissions during this pandemic. we've been working pretty well making sure we get everybody the help that they deserve.”

Since her time at Foundations, Nicole has learned to reach out to people for help, being mindful of her situation, pausing before reacting, and taking note of her issues.

“I feel a lot better now. Not only did I get to connect with people in treatment, but I got a lot of information of how to deal with my issues outside of here,” Nicole said.