Thousands of Maryland workers lost their jobs during the pandemic. As businesses reopen, many who are unemployed now are left wondering if they still have a job or if they should look for a new one. 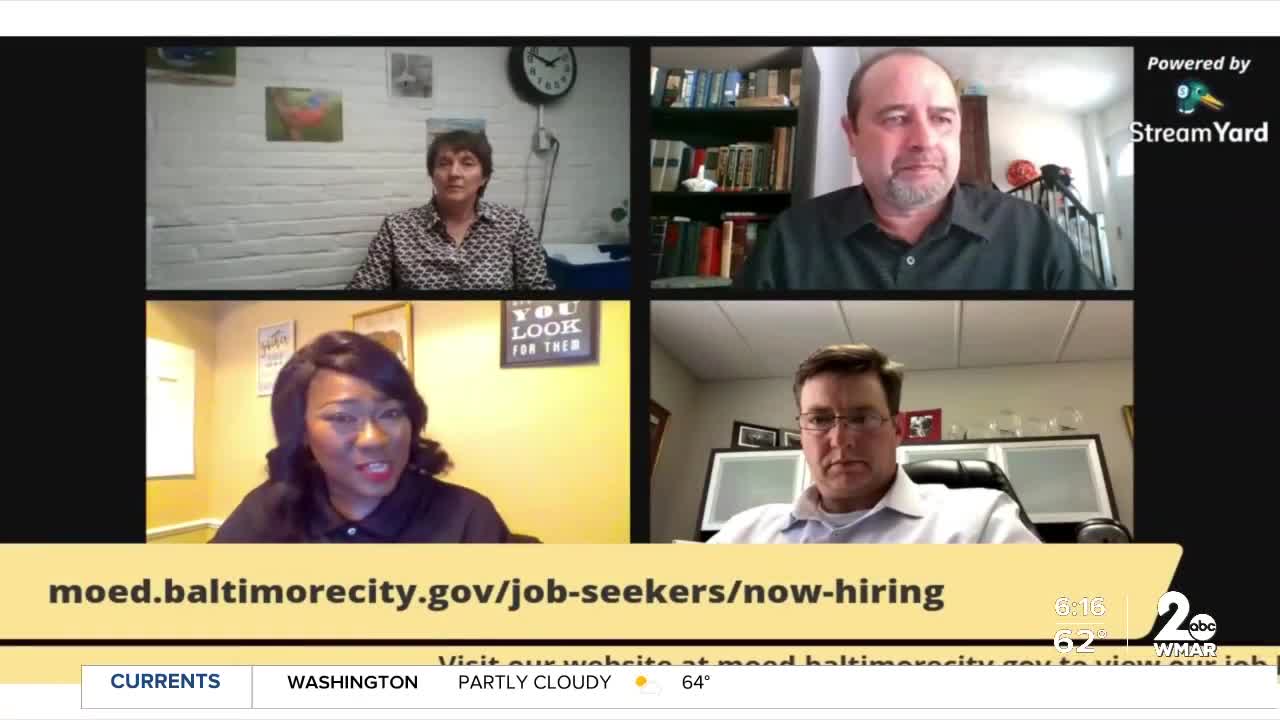 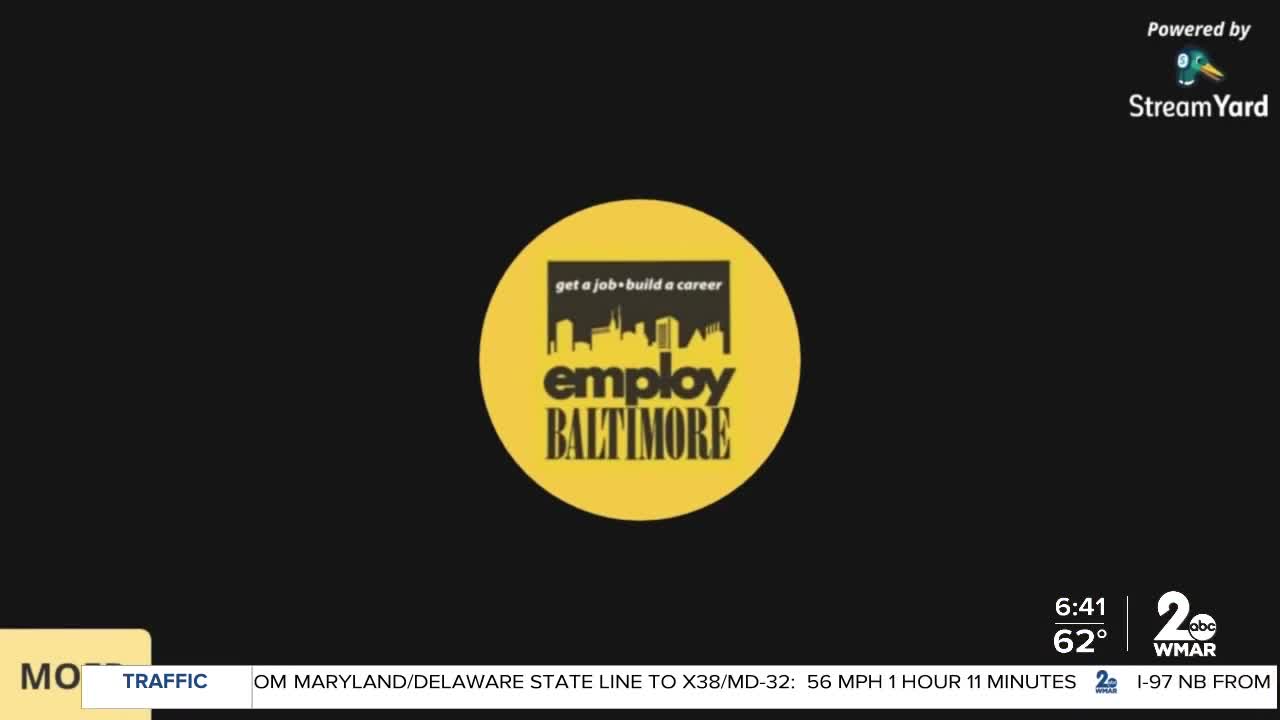 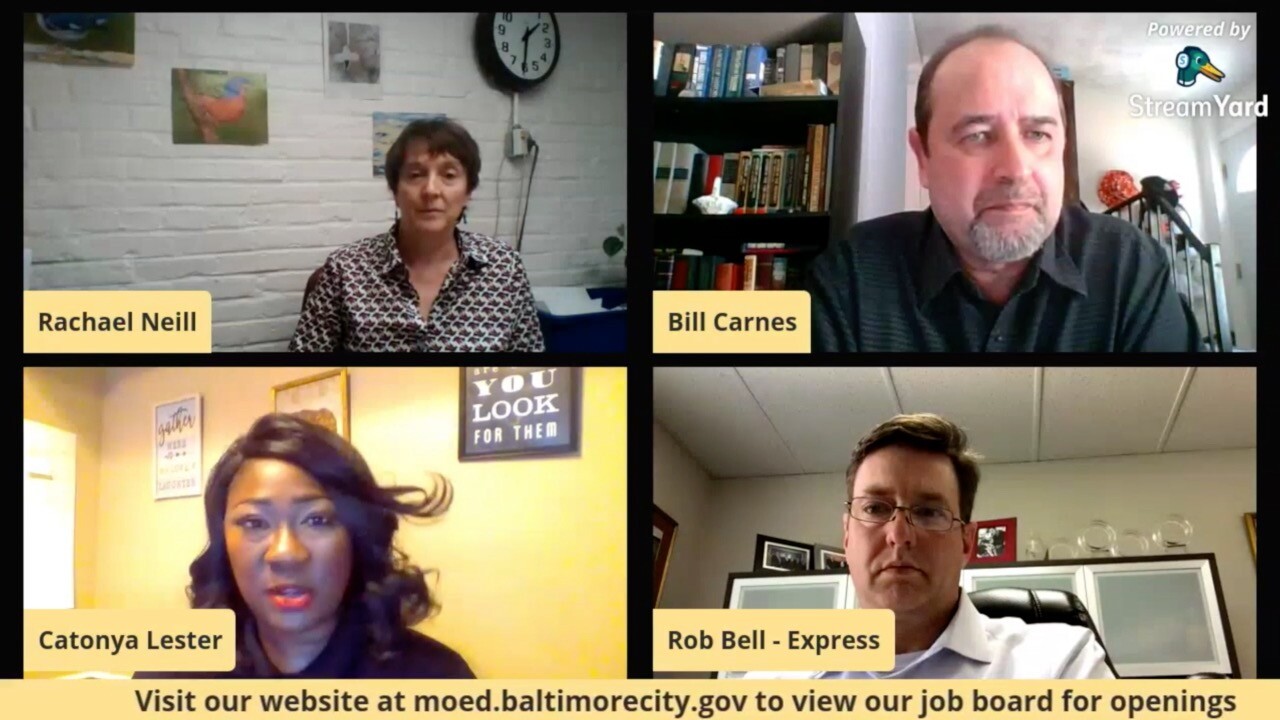 BALTIMORE, Md. — Thousands of Maryland workers lost their jobs during the pandemic. As businesses reopen, many who are unemployed now are left wondering if they still have a job or if they should look for a new one.

The days of attending a job fair, shaking hands, and meeting your potential new employer are gone for now as COVID-19 forces recruiting to change with the times.

Baltimore Mayor's Office of Employment Development (MOED) business service representative Bill Carnes said "we decided to get together with our agency and some of our other folks and put together an idea to continue the job clubs that we were already doing and just do it on the virtual format."

Carnes and Catonya Lester both work for the MOED.

Their official job title is business service representative but they're also hosts.

Every Wednesday at 1 o'clock in the afternoon, they put on a show on Facebook Live, not for people looking for entertainment but for those looking for employment.

“Our target audience are job seekers, who are unemployed at this time, or who are seeking new careers,” Lester said.

“We try to make it interactive by posting links where if people are interested, they can apply while they're watching the show. Also, at the end we do have a Q&A. So, we make sure that if anyone has any questions out there, we ask the employers while they're there,” Carnes said.

Carnes and Lester ask recruiters what positions they have available, what the company is like to work for, and what skills they're looking for, but there's one particular question to which most potential employees want to know the answer.

“We're trying to get real sustainable positions for our folks, so obviously, salary is a big part of that,” Carnes said.

Each employer who joins one of these virtual recruitment events usually has several positions to fill.

“We'll work with any business but we like to work with business that have multiple positions, it's just as easy to get 20 people hired as it is one,” Carnes said.

“For example, if it's a warehouse company, we don't want just one forklift, we want 10-15 forklift drivers. We want shipping, receiving, so we're trying to go across the board,” Carnes added.

A variety of full and part time jobs aren't the only things being offered, Baltimore city job seekers also can find out about getting training to prepare them for their next opportunity.

“We also do a form of this on Tuesdays where we do soft skills workshops, on the same channel, and then we also do a job club on Thursdays at 1 o’clock. So three times a week, we're offering some kind of virtual form,” Carnes said.

“As well as bookkeeping, and accounting and also pharmacy tech training,” Lester said.

“We definitely encourage our job seekers and employers to tune in and to also contact us, in reference to the positions that we offer,” Lester added.

Despite the unemployment numbers, Carnes remains optimistic about the future outlook of the job market

“Lots of companies are going to be coming back. Now are they going to be hiring at the capacity that they were before? It's hard to say, but I think that we are going to be busy. There’s going to be lots of job opportunities in the coming months, and we'll probably keep some form of this virtual recruitment going,” Carnes said.

For anyone who lost their job during the pandemic, Carnes and Lester believe they can help.

“We've worked with people that came to us pretty hopeless, who just didn't think they were going to have a chance,” Caries said.

“If they're not able to go back to the jobs that they had prior to the pandemic, we're here to help them with additional transitions into other positions, other career options,” Lester said.

“We are here for them, to help service them, especially for the job seekers who are experiencing issues during the pandemic, to let them know there is a sense of hope here, and we are here to help them and to lead them and guide them on the way,” Lester added.